Naomi Jacobson is lighting up Theater J as the iconic Dr. Ruth 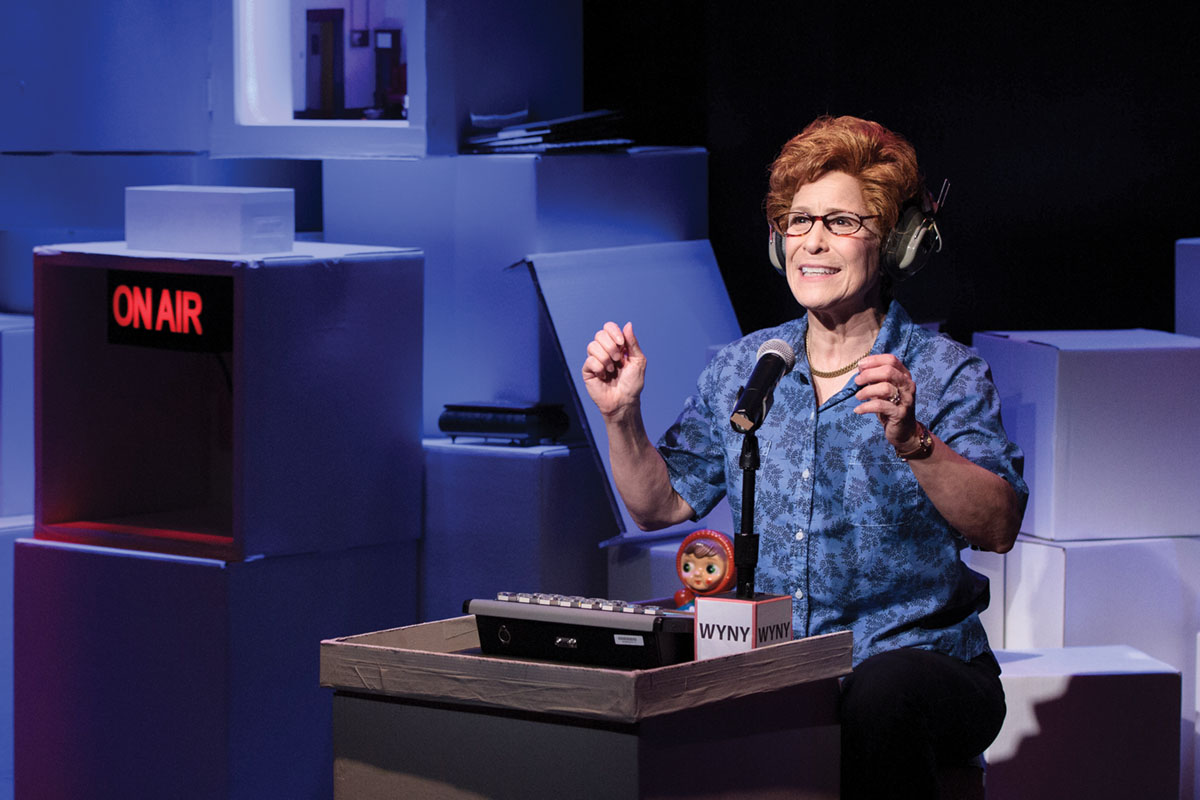 “People don’t know a lot about Dr. Ruth,” says Naomi Jacobson of the 89-year-old, German-born Ruth Westheimer, “but she has quite a story to tell about her early years. It’s a much deeper, more interesting story than people might expect.”

Indeed, points out the local actress, after Westheimer’s father was put in a work camp by the Nazi’s, her mother and grandmother put her on the Kindertransport to Switzerland at age ten. “That’s the last time she saw any of her family. It’s devastating. But from this devastation, the fact that she is such a positive, energetic, cheerful, forward-looking human being is quite an accomplishment.”

Currently portraying the iconic sex therapist in Theater J’s critically-acclaimed production of Mark St. Germain’s Becoming Dr. Ruth, Jacobson has forged a deep admiration for the diminutive doctor. “She was doing something no one else was doing [in the ’80s]. She was bringing [discussions of sex] right to the public. She was talking about a taboo subject in a very easy, relaxed, informative, humorous way to shine a light on…sex and how to express yourself in a very healthy, connected, integrated way.”

Remarkably, the multiple Helen Hayes Award nominee (and two time winner) has never tackled a one-person show. “It’s a little bit overwhelming,” she concedes. “Ultimately, it’s forced me to find a different level of calm inside myself, to trust myself more deeply than I have in the past. I know what I can do and what I can’t do, I know what my skills are on stage, and this is challenging me beyond what I think I can do.”

Jacobson — who is married to actor John Lescault — loves being part of the D.C. theater community. “I tell my acting students: ‘Be really ruthlessly honest about what you want. If you want fame and fortune, go to L.A. or New York. If you want to work and have a life, you can do that here.’ I was in L.A. for about five years before I came here. and I was so grateful to get out of that community where everyone was chasing fame. I was thrilled to be in a community where the backstage conversation isn’t ‘Who’s out there tonight?’ but ‘How can we make this moment more vibrant?’ People are involved in the arts here. It’s more art than commerce.”