Home / News + Politics / Last Word / Anti-gay activist is upset that “Love, Simon” did not mention the “judgment of God” on gay people

Anti-gay activist is upset that “Love, Simon” did not mention the “judgment of God” on gay people

By John Riley on April 6, 2018 @JohnAndresRiley 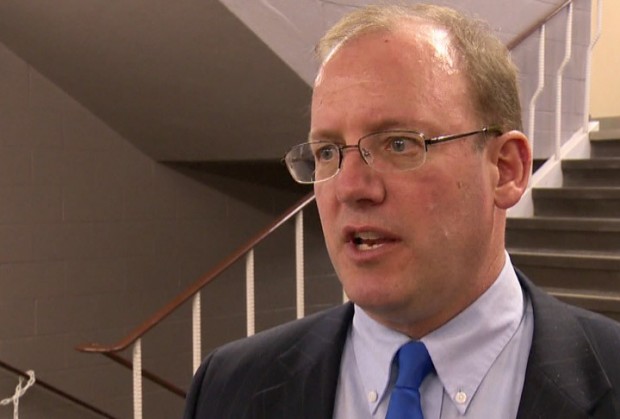 “Of course, there’s no aftermath after this boy finds his quote-unquote ‘gay’ romance. We’re never going to hear later about the diseases associated with homosexuality that he likely would get, mental illness, and of course the judgment of God.”

–Anti-gay activist Peter LaBarbera, pointing to the plot of the movie Love, Simon as an example of Hollywood’s attempt to “propagandize” and normalize homosexuality. LaBarbera made the comments during an appearance on right-wing radio host Janet Mefferd’s Janet Mefferd Live, a weekday program of American Family Radio that discusses a Biblical perspective on current events.

In the audio clip, obtained by People for the American Way’s “Right Wing Watch,” Barbera is highly critical of the coming-of-age romantic comedy based around a gay teenager’s coming out and first relationship, calling it a “whitewashed version” because it fails to promote a “religious message” or highlight what he believes are the health hazards associated with homosexuality: STDs and higher rates of mental illness.

“I think it’s like a Disney gay movie,” LaBarbera said. “It’s mainly for teenage kids, it’s a rom-com. … It’s very innocuous, compared to the other movie you mentioned, Call Me by Your Name, which is much dirtier.”

LaBarbera also told Mefferd that the movie promotes “three myths” about homosexuality that he believes are problematic.

“Number one is that being homosexual — quote-unquote ‘gay’ — is basically who you are, intrinsically who you are. You know, if that line just happens to be gay,” explained LaBarbera. “That’s number one. Number two, that there’s a total mutual equivalence between homosexual romances and the gay lifestyle and normal, heterosexual living, so it’s presented as totally equal.

“Number three, that parental love, the way they love their son after he comes out and declares his homosexuality or they find out, the parents, is they just basically express regret they didn’t know earlier,” he said. “There’s no sorrow. There’s no religious message at all in the movie, Janet, and there’s nothing that says any disapproval. It’s all sort of like they didn’t understand, and they basically just embraced it.”

When Mefferd asked LaBarbera to explain what he meant when he referred to mental illness, he referred to claims in the book The Health Hazards of Homosexuality, published by the anti-gay group MassResistance. Among those claims are that HIV and syphilis are now almost exclusively “gay male diseases,” and that mental diseases and suicidal ideation are higher among the LGBTQ population because “homosexual behavior is a perversion like God says it is, it is deviant, it is not normal.”

LaBarbera also objected to a statement made by Love, Simon‘s protagonist as to why heterosexual people don’t have to come out as “straight,” adding that it’s “because that’s the way God designed it.” Mefferd also joined in, saying that biology dictates that heterosexuality is normal. LaBarbera said it was obvious that homosexuality cannot produce a child, and yet, Hollywood is trying to normalize the behavior.

“We’re going to see more and more movies like this. And Janet, this is the first major teen homosexual romance film to be a big box-office hit. And so this is, again, Hollywood is trying to mainstream sexual sin, in this case, homosexuality,” LaBarbera said.

“Of course, transgenderism, that will be next,” he added. “We’ll see, maybe five years from now, maybe two years from now, we’ll see a transgender movie like this. And it’s all part of Hollywood trying to propagandize, especially young people, but really, the whole society.”

John Riley is the local news reporter for Metro Weekly. He can be reached at jriley@metroweekly.com
← Previous Story The 2020 Census will include an option for same-sex couples
Next Story → Brian Sims responds to rugby star feeling “persecuted” for anti-gay comments