Republicans blast Democrats for holding up confirmation of gay ambassador

If confirmed, Richard Grenell would become the highest-ranking LGBTQ appointee of a GOP administration

Republican Senate Leader Mitch McConnell (R-Ky.) has filed for cloture on the nomination of Richard Grenell to be the next U.S. Ambassador to Germany, while members of his party continue to eviscerate Democrats for holding up Grenell’s nomination.

President Trump nominated Grenell, who is openly gay, in September 2017, and he received a favorable recommendation from the Senate Foreign Relations Committee. If confirmed, he would become both the highest-ranking LGBTQ appointee within the Trump administration, and in any Republican-led administration in history.

But Democrats have been refusing to consent to votes on several Trump nominees, who they believe are being confirmed at a breakneck pace — particularly in light of the stalling tactics that Republicans had exercised when President Obama was in office.

While Republicans have the votes to confirm most nominees on a party-line vote, McConnell, as Senate leader, must file for cloture, or ending debate on, the nominations of various appointees if Democrats refuse to grant unanimous consent. According to CNN, McConnell had previously focused his efforts to ensure that judicial nominees, in particular, were confirmed, as they can continue to serve well past the time that a president’s term in office ends.

McConnell also filed for cloture on the nomination of Mike Pompeo, Trump’s nominee for Secretary of State who received a favorable recommendation from the Foreign Relations Committee on Monday, and whose nomination may be filibustered by Democrats over what they perceive to be anti-Muslim and anti-LGBTQ attitudes.

Democrats say that they have concerns about Grenell, including his closeness to Trump’s national security adviser, John Bolton, with whom he worked when Bolton was President George W. Bush’s Ambassador to the United Nations, and his loyalty to Trump, who Grenell supported long before much of the Republican Party establishment.

Sen. Jeff Merkley (D-Ore.), who previously held up a vote on Grenell’s nomination, said last month that he couldn’t support a nominee who issued “tweets attacking both prominent Democratic women and prominent Republican women,” referring to since-deleted tweets made in 2012 criticizing, among others, Hillary Clinton, Callista Gingrich, and Rachel Maddow, mostly in terms of appearance.

Merkley’s spokeswoman Martina McLennan told CNN that her boss is concerned about Grenell’s “significant history of making misogynistic and other incendiary statements online,” and Grenell’s skepticism over charges that Russia meddled in the 2016 election. McLennan said Merkley finds the latter troubling because “Germany is one of our closest and most important allies in pushing back on Russian aggression on the world stage.”

President Trump took to Twitter earlier this week to denounce Democrats for their stalling, tweeting: “Hard to believe Obstructionists May vote against Mike Pompeo for Secretary of State. The Dems will not approve hundreds of good people, including the Ambassador to Germany. They are maxing out the time on approval process for all, never happened before. Need more Republicans!”

Hard to believe Obstructionists May vote against Mike Pompeo for Secretary of State. The Dems will not approve hundreds of good people, including the Ambassador to Germany. They are maxing out the time on approval process for all, never happened before. Need more Republicans!

Michael Reagan, a Republican pundit and activist and son of the former President Ronald Reagan, accused Democrats of hypocrisy in a Newsmax TV segment.

“Rich is a good friend of mine,” Reagan said. “Can you imagine what the media would be saying and the Democrats would be saying if the Republicans were holding up the nomination of a gay to be the ambassador to Germany? They’d be going apoplectic about this, that we are anti-gay, that’s why we don’t want Rich Grenell to be the ambassador to Germany.”

Gregory T. Angelo, the president of Log Cabin Republicans, says his members have been calling around to senators’ offices, especially Democratic senators, in order to obtain commitments to ensure that Grenell is not just confirmed with Republican votes, but as many votes as possible.

“There’s really no reason for Democrats to continue to stand in the way of his nomination,” says Angelo. “I’m never so naive to believe victory is assured before it actually occurs. There are Democratic senators who have informed me and our office that they would be opposing Grenell. Most of them are grandstanding Democrats with quixotic intentions of challenging Donald Trump for the presidency in 2020, but outside of that, there is Democratic support, some of it public, some of it quiet. I think you’re going to see, when the vote takes place, that Ric not only has the support of Republicans, but Democrats as well.”

Angelo also says that Grenell is eminently qualified to serve as ambassador to Germany.

“Ric’s foreign policy credentials cannot be questioned. They are absolutely impeccable,” he says. “He is so much more than the Fox News commentator that obstructionist Democrats have tried to paint him as in recent months. This is someone who has cut his teeth in foreign policy service, most notably for the current national security adviser, John Bolton, when he was our country’s U.S. ambassador to the United Nations.

“Ric lives and breathes foreign policy, and having him not only represent our interests in Europe, but in a European nation that only recently approved same-sex marriage, I think puts him in a uniquely strong position to be an advocate, both for supporters of LGBTQ equality in Germany and supporters of religious liberty,” adds Angelo. “[He can] build a bridge not only between the United States and Germany, but the cultural divide between those issues that have long polarized politics on both sides of the Atlantic.” 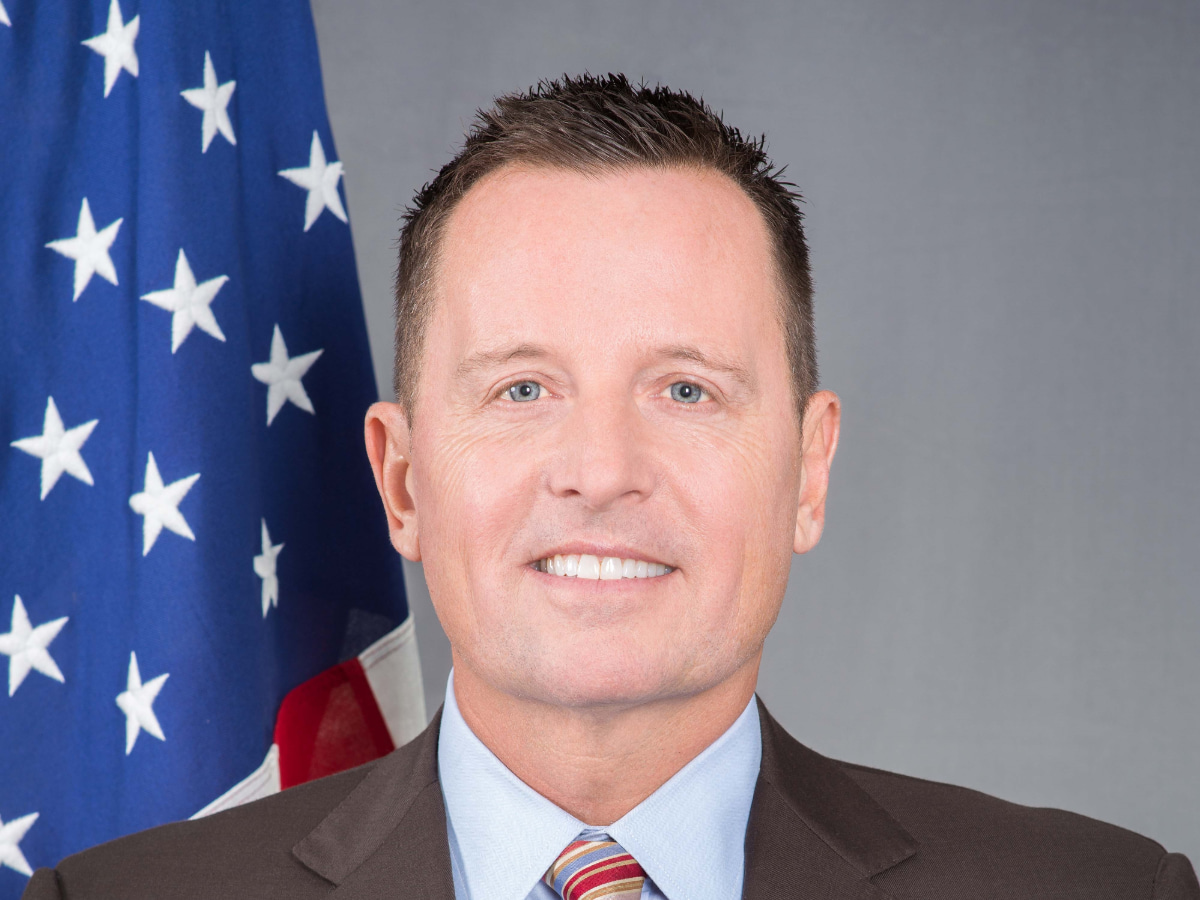