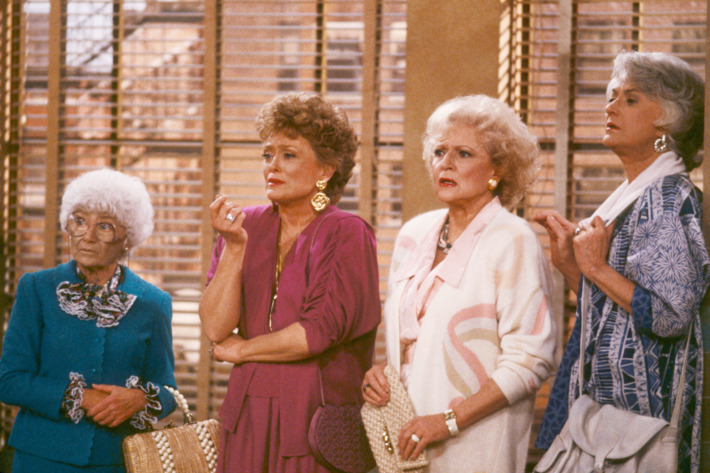 Production is moving ahead on a new sitcom being touted as a gay version of The Golden Girls.

Silver Foxes focuses on a group of older gay men and their younger friend, who all end up living in Palm Springs after they rescue one of the men from a homophobic nursing home where he was forced back into the closet.

Zimmerman insisted in a Huffington Post interview that, despite the show being about four gay men, it would appeal to a heterosexual audience as well.

“It’s really not just gay, it’s all ages and all types, and that’s what’s so frustrating about Silver Foxes, when I say it can have the same affect that Golden Girls has. So then it goes from the ages to the homophobia,” he said. “Maybe they’re scared that four gay guys is not going to be able to attract a heterosexual audience. I don’t know when that’s ever been proven because it’s never been done.”

The show will also deal with the AIDS crisis of the 80’s and 90’s, particularly how it affected the older men. That comradry in crisis is something that Zimmerman hopes to capture.

“A lot of us didn’t think we would be here,” he told HuffPost. “So now what happens? We have found most of our family and support groups amongst each other. I think that’s the story we would love to tell. How we band together in times of need, especially as you get older, you’re there for one another. I think it could be quite poignant, but also really, really funny.”

Zimmerman posted on Instagram last July about a read through for an early script of the show. It feature potential stars of the sitcom, including George Takei, Leslie Jordan, Bruce Vilanch, and Todd Sherry from Parks and Recreation.

Guess the cat is out of the bag about that secret reading I had last year. Fingers crossed that Hulu or a major network has the guts to portray the story of 4 older gay men. #silverfoxes #sitcom #gaymensgoldengirls #pride http://www.huffingtonpost.com/entry/593912d3e4b094fa859f15ea