Richly honest and authentic, Arena and Seattle Repertory Theatre’s Two Trains Running (★★★★★) brings the evergreen August Wilson powerfully to life. One of Wilson’s many deep-dives into the experience of working class black Americans, this is not about grand acts, it’s about the potent realities and private dreams of day-to-day life. It is funny, angry, stoic and unaccountably hopeful.

Set in a 1960s Pennsylvania diner — depicted in simple, atmospheric brushstrokes via Misha Kachman’s retro set — Wilson’s characters converge for coffee and company. But as the days unfold, the textures of their lives emerge. They are enduring the physical and emotional perils of poverty and the sometimes subtle, sometimes brutal burdens of relentless racism. Somewhere, in between these crucibles, they are looking for love, stability, purpose and meaning.

Prime mover in this microcosm is Memphis Lee, longtime owner of the diner and its most dedicated employee. Faced with eminent domain as the city buys up the block for development, Lee wants a healthy return on a place in which he has invested so much of himself, for so long. But he’s carrying some other, more private baggage: he’s been robbed by the white establishment before.

But if Lee has courage and conviction, the cards are stacked against him. He’s just one small business owner against city hall and, truth be told, he’s not exactly running a roaring trade. His best customers do little more than buy a cup of coffee or a bowl of beans. There is the elderly, pontificating Holloway rooted in his favorite seat, the restless young Wolf not-so-surreptitiously using the diner as a base for his bookie operation, and there is the mentally ill, often distraught Hambone, arriving daily to bellow for a ham he thinks he’s owed. Lee knows it’s time to quit, he just wants to do it on his own terms.

As the pressure builds behind the scenes, change comes in the form of Sterling, fresh out of jail and eager to carry on hustling, not just for money, but for life. To the older men, he represents reckless — perhaps dangerous — youth. To Wolf, he is rival to his vague interest in Lee’s one and only waitress, the disaffected Risa. Embracing the Malcolm X movement as well as the often-reviled Hambone, Sterling is a free radical — the question is: will he build or destroy?

Thus, Wilson sets his parts into motion and as they turn, ever more is revealed. Again, it’s not about the earth-shattering, it’s about the coping and the small choices made in the throes of mundane life. The joy here is in Wilson’s everyday patter, the comfortable routines, the secret souls. But it is also about the complexity of the black experience. Characters argue, differ and diverge on how best to navigate what it is to be black in America. In that sense, the play is positively ageless.

It is also very much an ensemble piece and this cast, under the pitch-perfect vision of director Juliette Carrillo, is superb. At the play’s heart is the powerful quartet of Lee, Holloway, Risa and Wolf, and the players here couldn’t be stronger. As Memphis Lee, Eugene Lee delivers Wilson’s language with a kind of gruff musicality matching perfectly this deeply credible man of quiet but immense fortitude. As Holloway, David Emerson Toney offers tremendously wry comic timing, but also a deep command of his Wilson, especially when it comes to the man’s secret fires. In the role of the bookie Wolf, Reginald Andre Jackson is stellar, masterfully bringing dimension and life — and plenty of comedy — to an unassuming man just trying to get by and find a few pleasures. Finally, there is Nicole Lewis as the listless Risa, a refuge from her own life and keeper of the saddest of hearts. Carrillo makes space for a quietly potent character and Lewis captures with much understatement and silent repose just how close she is to the abyss.

Outside the inner core, but pushing in are West, the wealthy funeral home director who wants to buy Lee’s property, and the young Sterling. As West, William Hall, Jr., is nothing short of priceless, giving him an ideal blend of smooth and determined and capturing it all with a gorgeous command of Wilson’s way with words. In the role of Sterling, Carlton Byrd brings all the necessary disruptive energy, but he is the least comfortable with the music in the language here and at his best when his pace is slower and less on broadcast. As Hambone, Frank Riley III does an excellent job of expressing his volatility without gilding the lily.

Seeing Wilson brought to life with such depth and energy is a reminder that the “conversation” on race was alive and kicking long before the arrival of the hashtag — and it is a whole lot more nuanced than a Tweet. 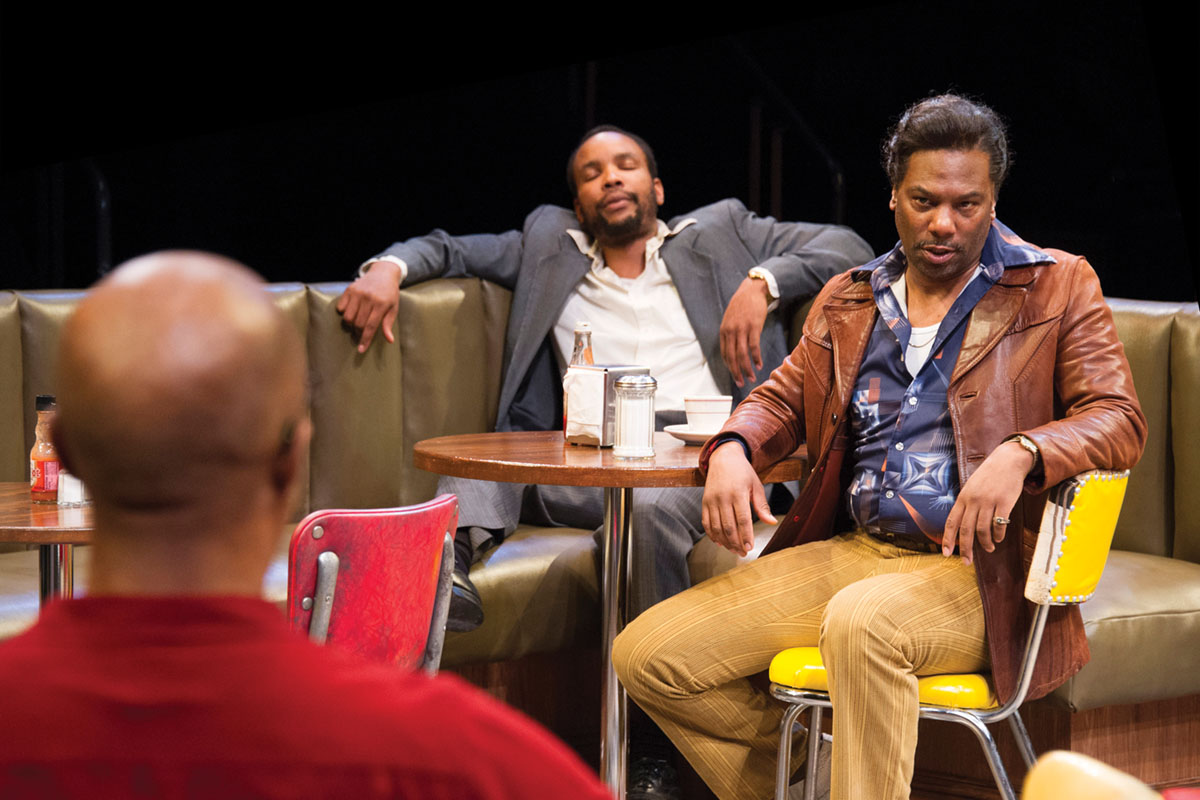