Arctic Monkeys show us a hotel on the moon, with middling results 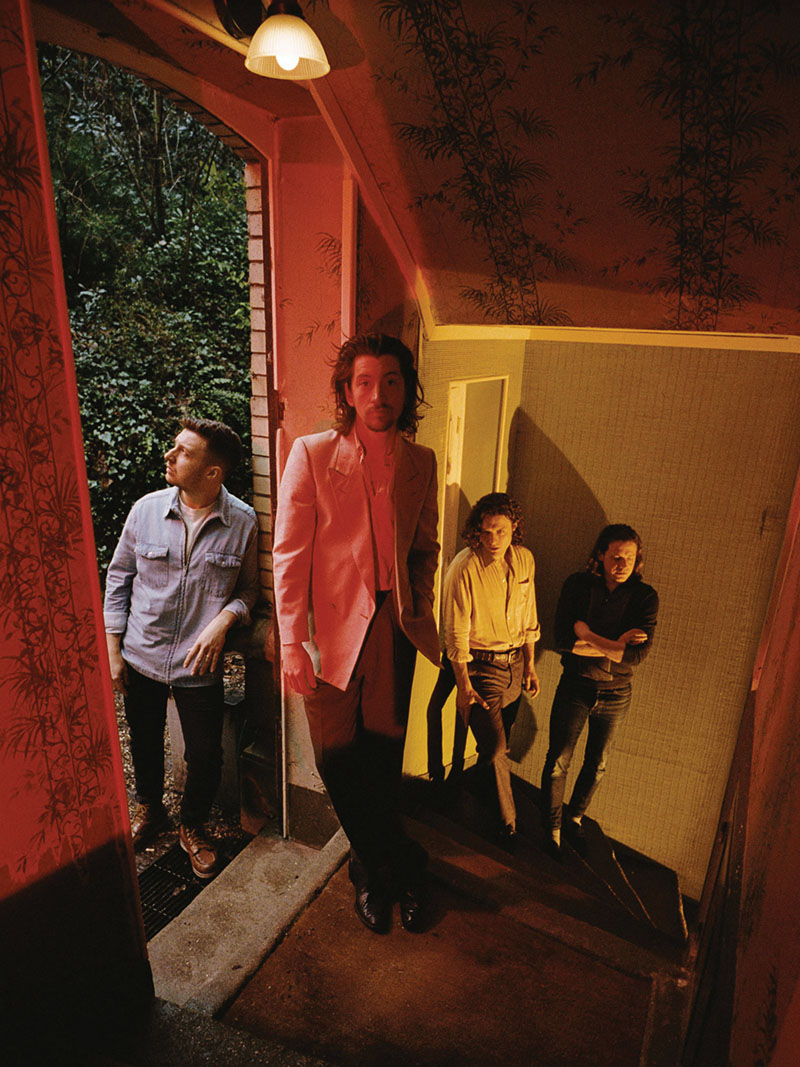 “I just wanted to be one of The Strokes/Now look at the mess you made me make.” Aside from being some of the best opening lines of any album in recent memory, the first lyrics we hear on Arctic Monkeys’ latest album nicely sum up the band’s predicament. One of the most iconic garage-rock bands that proliferated in the mid-2000s seemed to have hit a plateau by 2012’s Suck it and See, with nowhere to go but towards experimentation and reinvention. Five years later, they have returned with an record that is farther removed from the scrappy, sincere garage-rock of their early years than most people could have predicted.

Tranquility Base Hotel & Casino (★★★) takes place in a vaguely mid-century modern retro sci-fi setting, in a not-too-distant post-apocalyptic future. The moonbase hotel that Alex Turner dreams up is by turns psychedelic, sinister and colourful, evocative of The Shining. The narrator who acts as our guide to the hotel hints at a rich and active inner world boxed up inside a restrictive, even oppressive setting. This is an interesting dynamic, but they might have leaned too hard into the claustrophobic atmosphere and ended up with a work that feels overly restricted without doing enough to fully realize the kaleidoscopic inner world they apparently intended as a counterweight.

Like so much sci-fi, Tranquility Base is as much a commentary on the present as it is a speculative fantasy. Certain lyrics explicitly reference pop culture and make nods towards cultural criticism and contemporary politics. On the surface, many of the lyrics are simply absurd, possibly nodding towards something, although it is difficult to tell. Songwriting that is cryptic as an end unto itself is fun up to a point, but unless there is something to pin it to, it becomes tedious. The often heavy writing does have playful flashes, but this time their characteristic cleverness is blunted by a more sober take on the world.

For better or worse, the reinvented Arctic Monkeys we hear on Tranquility Base sound like a different band altogether. Their turn towards surrealistic jazz-inflected sci-fi concept album bears mixed results, but is at its best when played up for its inherent campy qualities. Although the album’s sound becomes a repetitive slog towards the end, it is if nothing else a fun new direction. Sometimes fun, sometimes frustrating, Tranquility Base Hotel & Casino is an enjoyable, bewildering and decidedly un-Strokes-like mess.

Tranquility Base Hotel & Casino is available to buy now from Amazon.com and on iTunes, and is available on streaming services.

← Previous Story Music Review: Beach House’s “7”
Next Story → Jussie Smollett on Trump’s America: ‘We got complacent. That’s why we’re in this situation.’