Sandra, Cate, and company make a well-choreographed splash at the Met Gala with the flashy "Ocean's 8"

A snappy, all-star caper with a centerpiece heist set at the Met’s famed annual celebrity circus, Ocean’s 8 (★★★) has the stars, glam, bling and fashion luxuriously covered. Ever since Frank and the Rat Pack stormed Vegas in the 1960 original, the Ocean’s movies have been as much about hanging out with Hollywood buds as they’ve been about staging the snazziest heist. Director Gary Ross (The Hunger Games), who co-wrote with Olivia Milch, doesn’t interfere with the series’ cool vibe, serving up a worthy successor to Steven Soderbergh’s three Ocean’s moneymakers from the 2000s.

“I didn’t want that life. I never wanted that life,” Debbie insists, as she’s paroled from prison with $45 in her pocket. Yeah, right, Debbie. The film swiftly reunites Debbie with her longtime partner-in-crime Lou (Cate Blanchett), and they assemble a crack team to carry out the audacious jewelry heist Deb spent her entire five-year prison sentence plotting.

Debbie and Lou easily fall back into a saucy yin and yang, and the film itself moves with a fluid, rocking rhythm. It might lack the breezy wit that’s a touchstone of most Soderbergh comedies, but there are some choice laughs, and inside jokes for film buffs, fashion queens, Anna Wintour stans, and Ocean’s fans.

Ocean’s 8 does have a fine touch in one noticeable regard. The movie only hints that Debbie and Lou were partners in more than crime before Deb went to prison. But whatever the depth of their attachment, their bond was severed when Debbie teamed up with swindling gallery owner Claude Becker (Richard Armitage). Now, Debbie decrees, no guys in her gang. Still, Claude will figure in her master plan to steal a six-pound diamond Cartier necklace off the neck of a movie star at the Met soirée.

That necklace is one photogenic highlight of a film abundant in haute couture eye candy. The clothes, the accessories, the hair product (probably no more than was used when Clooney, Pitt, and Damon were starring in these things) are lavish. And so are the Met Gala cameos, with everyone from Vogue queen Wintour to tennis queens Serena Williams and Maria Sharapova sashaying through the party. Bullock even gets to joke around in German with Heidi Klum.

The heist is nicely orchestrated, but not tested with much danger or tension. This Ocean isn’t swimming in suspense, and the holes in the plot, and in Deb’s plan, tear here and there at the fabric of an otherwise satisfying caper. The gang’s camaraderie mostly is what stitches it all together.

Bullock can do breezy in her sleep, but she strikes a somewhat serious pose here as a determined operator who keeps her eyes squarely on the prize. Blanchett’s Lou is more elusive, a tantalizing mystery that the script wisely doesn’t try to solve.

The movie actually might spend more time on Deb’s first recruit, fashion designer Rose Weil, played by a totally turned-on Helena Bonham Carter, who makes excellent use of the screen time. An eccentric cross between Vivienne Westwood and, well, Helena Bonham Carter, Weil is the gang’s key to getting a dress, and that Cartier necklace, onto their chosen mark at the party, film starlet Daphne Kluger.

As Kluger, Anne Hathaway tends to overplay the character’s diva actress tendencies, but generally delivers an assured take on the sort of celebrity obnoxiousness the movie is lampooning. Daphne seems one-hundred percent credible as a guest at the Met ball, alongside attendees Gigi Hadid and Kim Kardashian-West.

At the center of all the star-power, the ensemble of eight just clicks — from Mindy Kaling, as the team’s expert jeweler Amita, to Rihanna, as spliff-smoking, dreadlocked hacker Nine Ball (because every screen team needs a hacker these days). The pop star isn’t charged with much more than glowering sarcastically when Nine Ball isn’t focused on her computer screen, but she shares the screen naturally with this cast of Oscar and Emmy winners.

The film also indulges that vicarious thrill for the audience of hanging out with the rich and famous. Blurring the line between fantasy movie stars and real-life celebrities has been a hallmark of this franchise since well before Julia Roberts played Tess Ocean pretending to be Julia Roberts in Ocean’s Twelve. Ocean’s 8 is a good heist flick and comedy, but more so it’s a first-rate fairy tale of crashing one of the world’s most exclusive famous people parties.

The fantasy reaches its apotheosis not by depicting the perfect crime, or the joy of wrapping your hands around 150 million dollars’ worth of diamonds, but when it finally gives the audience what it really wants: a chance to strut through the Met Gala, swinging from Sandra to Cate to the baddest woman in the building, Rihanna, resplendent in red. 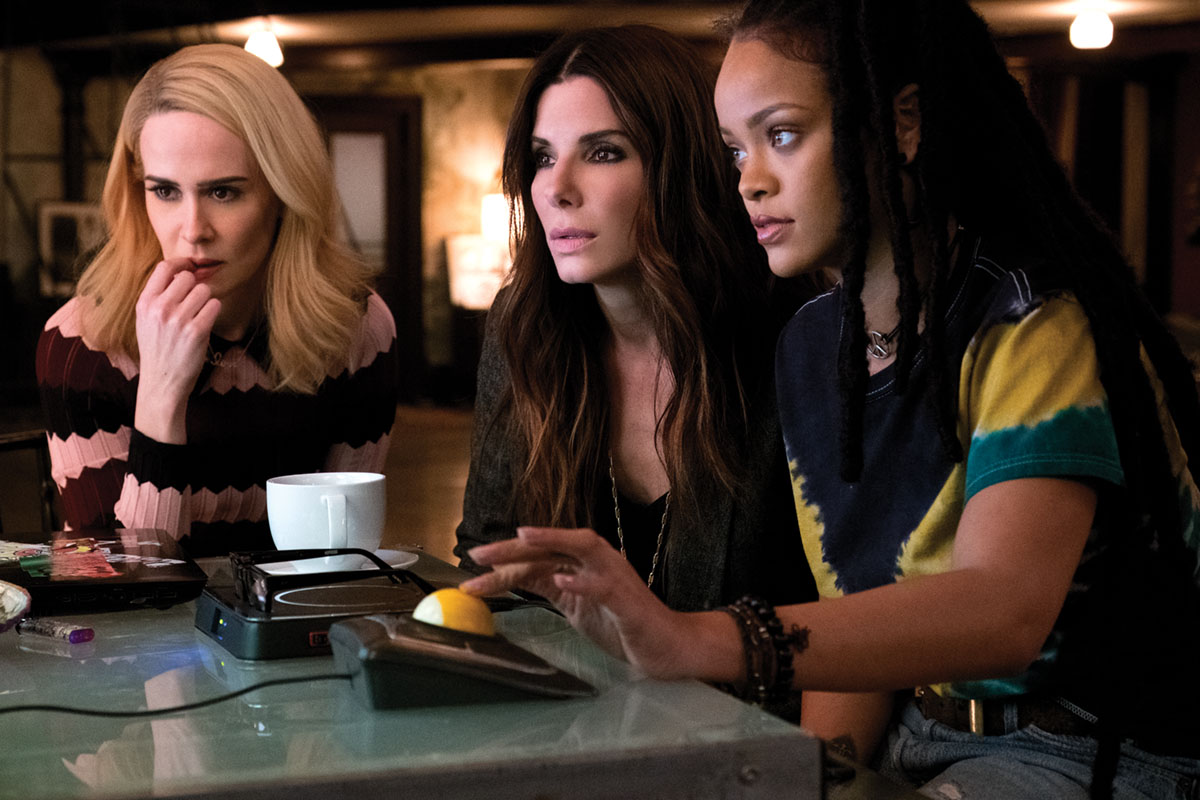 Nearly 200 shows, with run times between 2 and 15 minutes, will be featured at Washington Improv Theatre's Improvapalooza. 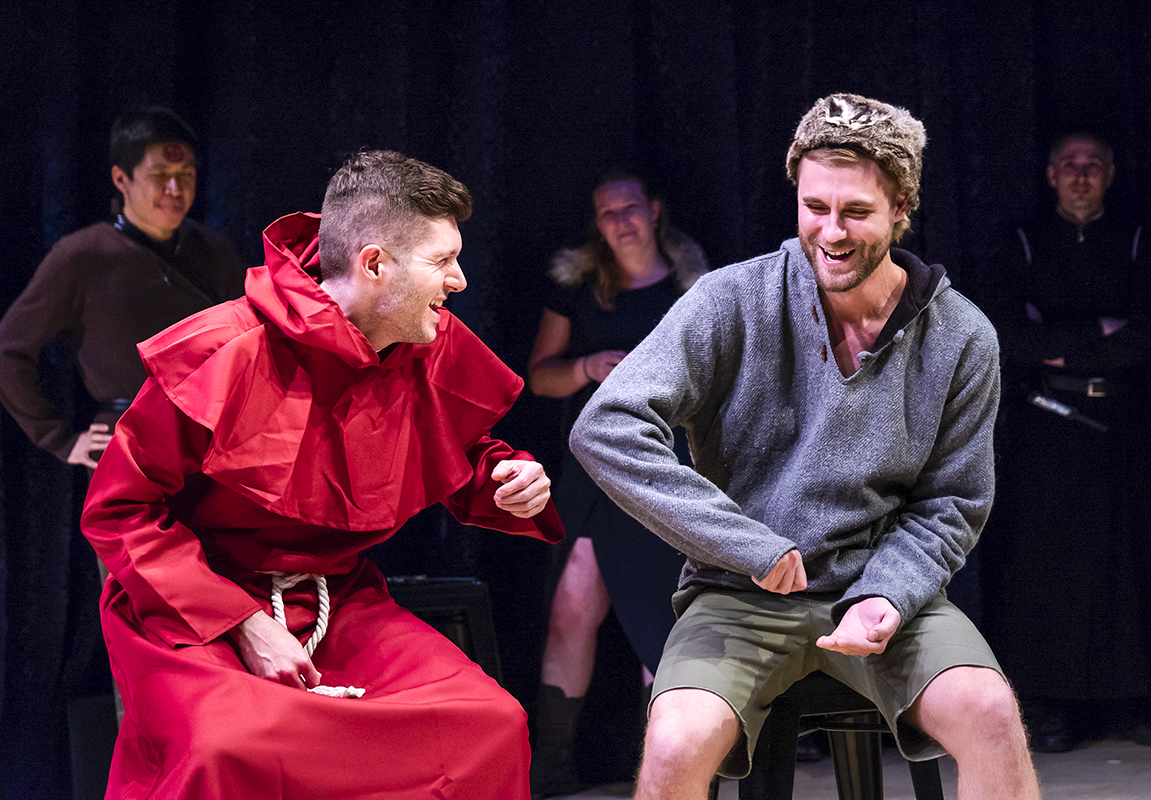 The event offers a mix of tried-and-true favorites and one-of-a-kind offerings, including those that "explore wild show ideas," using the festival as a laboratory for long-form improv experiments.

Nearly 200 shows, all with run times between 2 and 15 minutes and performed back-to-back as nonstop programming, are on tap.

Improvapalooza 2022 will also be the last one held at the Source Theater, as WIT will search for a new home after the festival due to a disagreement with administrators of the city-run space that has served as the company's theater home since 2008.