Home / Arts + Entertainment / Stage / Rick Hammerly on his “Legend of Georgia McBride” character: “I kind of love her”

Rick Hammerly on his “Legend of Georgia McBride” character: “I kind of love her”

In Round House Theatre's The Legend of Georgia McBride, Rick Hammerly plays "a fixer" in high heels and a wig 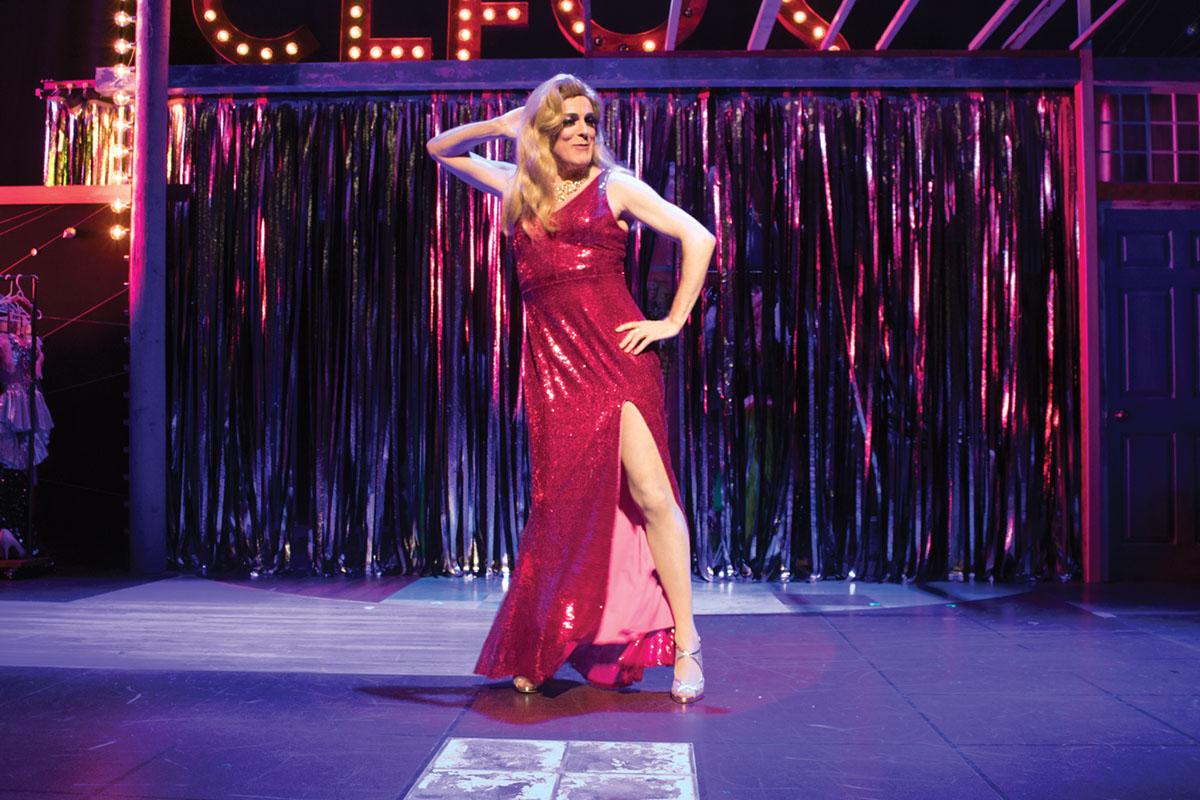 Rick Hammerly is no stranger to working the stage in a frock and heels.

After all, he won a Helen Hayes Award for his turn in Signature’s Hedwig and the Angry Inch, and pulled on another dress in Shakespeare Theatre’s gender-bending Taming of the Shrew.

But those drag excursions only just prepared him for stepping into the sequined shoes of the fictional and fabulous Miss Tracy Mills in Round House Theatre’s season-closing production of The Legend of Georgia McBride.

“This is probably the most difficult show I’ve ever done…for a myriad of reasons,” says Hammerly. “It’s a big show. I’m onstage a lot. I’m in drag for the entire show. There are numerous wig and costume changes, so when you’re not onstage you’re backstage ripping things off, having things put on. All of the drag numbers are choreographed — they’re not just walk-around-hand-me-a-dollar-bill.

“This show is kicking my ass!” 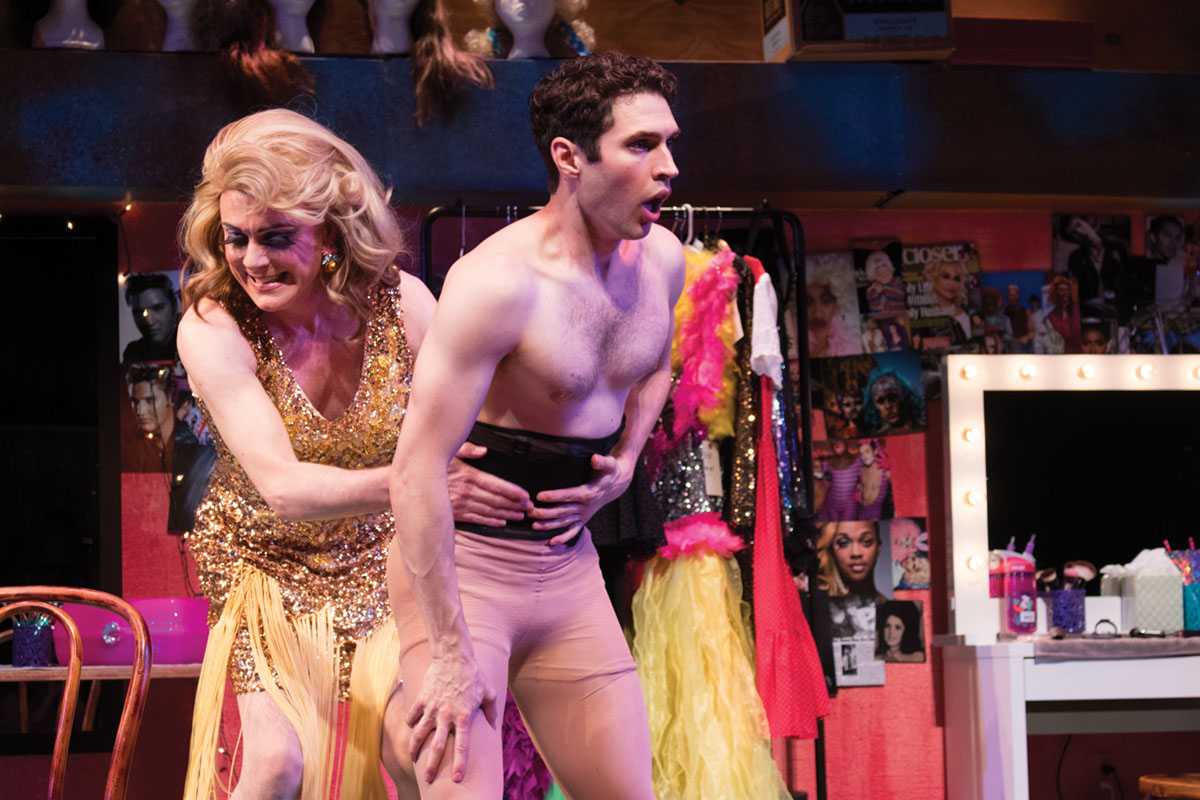 Hammerly, whose most recent directorial effort for Factory 449, Lela & Co. earned him a Helen Hayes Award, won’t reveal which hit tunes those numbers are choreographed to until Matthew Lopez’s comedy, directed by Tom Story, finally opens. “It’s supposed to be a secret,” he teases. “But I will tell you, it was an incredibly fun process, because they’re not written into the script.”

He describes Mills as “a fixer. If there’s a problem, she’s gonna fix it. If somebody’s down-and-out, she’s gonna help them be included. She’s a gal who’s been around the block. She’s been through it, [yet] she finds the good in everything, and she wants the best for everybody. But she’s also a business woman who’s not really gonna sell herself short at this point in life. She feels she’s deserving of happiness, and a little security. 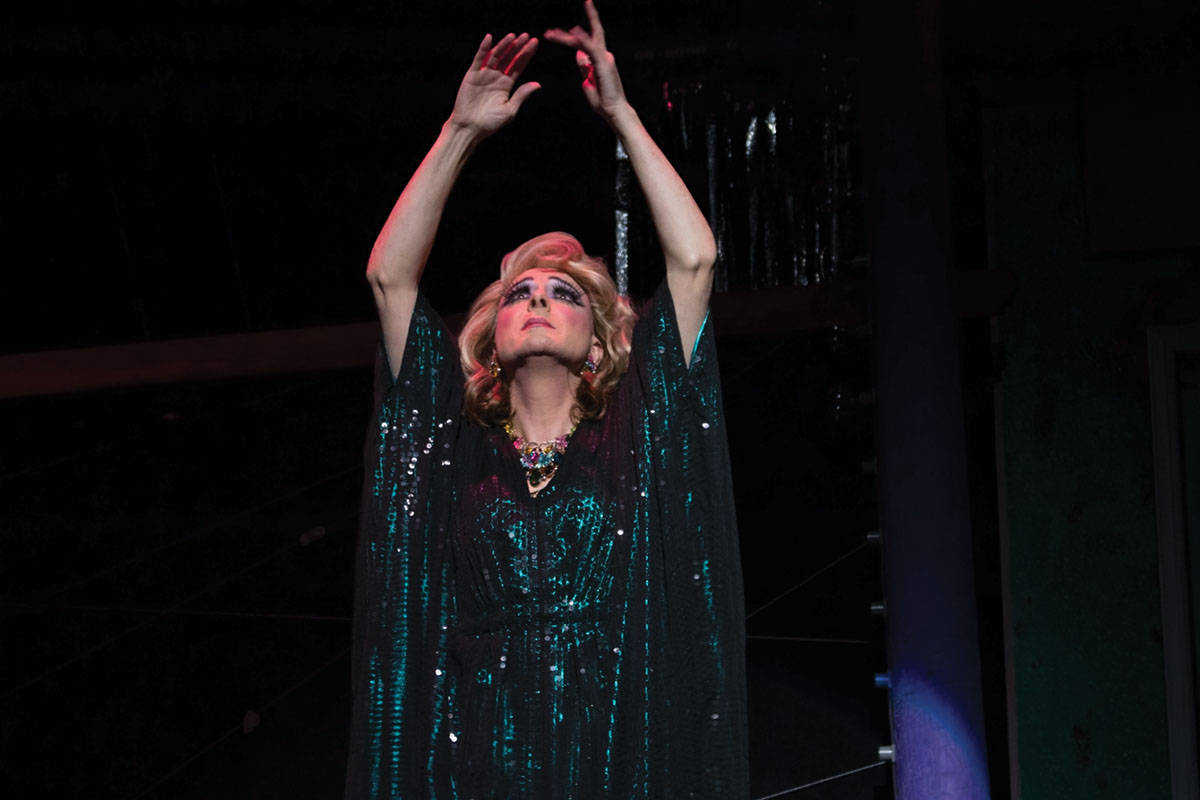 “And she’s funny. She’s got this kind of glow about her, and this willingness to be hopeful, which I love, which I wish I could be a little more like. I kind of love her.”

Check for discount tickets to The Legend of Georgia McBride

André Hereford covers arts and entertainment for Metro Weekly. He can be reached at ahereford@metroweekly.com. Follow him on Twitter at @here4andre.
← Previous Story Stage Review: “Camelot” at Shakespeare Theatre
Next Story → Stage Review: “The Scottsboro Boys” at Signature Theatre