"Queer Eye" returns with more diversity, deeper conversations, and even more of what made the first season so compelling

Reality TV has become something of a dirty word. For a genre that started in earnest and produced shows like Amazing Race and Extreme Makeover, it quickly devolved into an overwhelming deluge of exploitative crap that spanned everything from Here Comes Honey Boo Boo, to Hoarders, to The Swan.

Don’t remember that last one? It premiered on Fox in 2004 and featured “ugly” women undergoing extreme plastic surgery in order to compete in a beauty pageant. In 2004 that was shocking — nowadays, it would hardly raise an eyebrow. As a society, we’re not above watching ordinary people being put through the mill in order to see the “big reveal” at the end — The Biggest Loser, which faced allegations of starving and dehydrating its contestants, ran for seventeen seasons.

That’s what makes Netflix’s revived Queer Eye (★★★★) such a breath of fresh air. As cheesy as it sounds, the reboot of Bravo’s gay-led makeover show is as much about the journey as it is the destination. Over the course of an episode we watch five gay men — Antoni Porowski (food), Bobby Berk (design), Jonathan Van Ness (grooming), Karamo Brown (culture), and Tan France (fashion) — swoop into someone’s life, figure out what has gone wrong, and then try to fix and improve that person until they’re a better, more confident version of themselves. And sometimes Antoni shows them how to cook a simple meal.

Season one became a cultural phenomenon — a smash hit no one, this writer included, saw coming. And it wasn’t just about making over lost straight guys. The Fab Five gave closeted AJ the confidence to come out to his stepmother, and helped a Georgia fire department raise funds for more training.

Season two kicks things up a notch, something made clear from the opening episode, which sees the Fab Five visiting Gay, Georgia, for the show’s first female makeover: Tammye. A devout Christian who is an important member of her local church, Tammye also has a gay son that she loves and accepts. Far from just giving Tammye a haircut and tarting up the church’s community center, the guys discuss her religious beliefs, the conflict she felt in accepting her son after he came out, and the fears he has over returning to church for the annual Homecoming celebration.

Making over Tammye offers one of the show’s most culturally relevant episodes yet, as religion butts heads with LGBTQ equality across America. And it’s further proof that Queer Eye is as much about its five hosts as it is about the “heroes” — a term we hate to use — that they’re trying to help. Bobby, who revealed in season one that he had a conservative Christian upbringing, can’t even bring himself to go inside Tammye’s church. And even after an emotional conversation with Tammye about religion, we don’t get a glossy, forced reality TV moment — instead it’s actually pretty raw, and Bobby clearly isn’t over the hurt his religious upbringing caused. But it’s in these scenes, where host and hero connect, that Queer Eye truly shines.

However, it’s not all good. Antoni continues to be a relatively inconsequential member of the cast, and frequently vanishes during season two, only to briefly appear at the end of an episode with a recipe for the hero to learn. In the original series, Ted Allen educated the show’s neolithic straight guys on fine dining and wine to make them more sophisticated. It’s a role Antoni seems to be struggling to make his own in this redefined Queer Eye.

And much like season one had its frustrating moments — making over a Trump-supporting cop led to a poignant conversation with Karamo about race relations in America, but it basically ignored the Fab Five’s liberal political views — season two has its dud episodes. Two heroes feel a tad undeserving of their makeovers, none more so than episode six’s Arian, a 24-year-old almost-graduate who spends his days gaming and not going to work. His attitude sucks throughout the episode, and we’re left to wonder if he’ll revert to his old ways once the cameras are off. It’s great to see that the Fab Five aren’t afraid to get stern — even parental — to force Ari to change, but it doesn’t feel like a grand transformation has taken place.

Where the new Queer Eye does set itself apart is in episode five with Skyler, a transgender man. Avoiding spoilers, it offers a powerful — and, again, relevant — discussion about transgender issues and gender identity. And Karamo, who has transformed the “Culture” role into “Counselor/Personal Coach,” is in top form as he helps Skyler navigate a momentous occasion in his life.

Where the episode really hammers home the point that this isn’t just reality TV as usual is when Tan, following Tyler’s first proper suit fitting, admits that he is largely ignorant of the trans experience. What follows is a teaching moment — for the style guru and the audience — about the intense struggle many trans people go through to realize their true identity.

It’s a conversation not even the first season of Queer Eye seemed quite ready to have, and it elevates the show beyond typical reality TV fodder. Far from casting each “hero” as an ugly duckling waiting to become a swan with a shave and a new wardrobe, season two of Queer Eye affirms that everyone — regardless of gender, race or sexuality — is deserving of feeling better about themselves, and that not even the show’s self-defined experts are above learning something new. That makes for powerful, compelling viewing.

Read our interview with the Fab Five here! 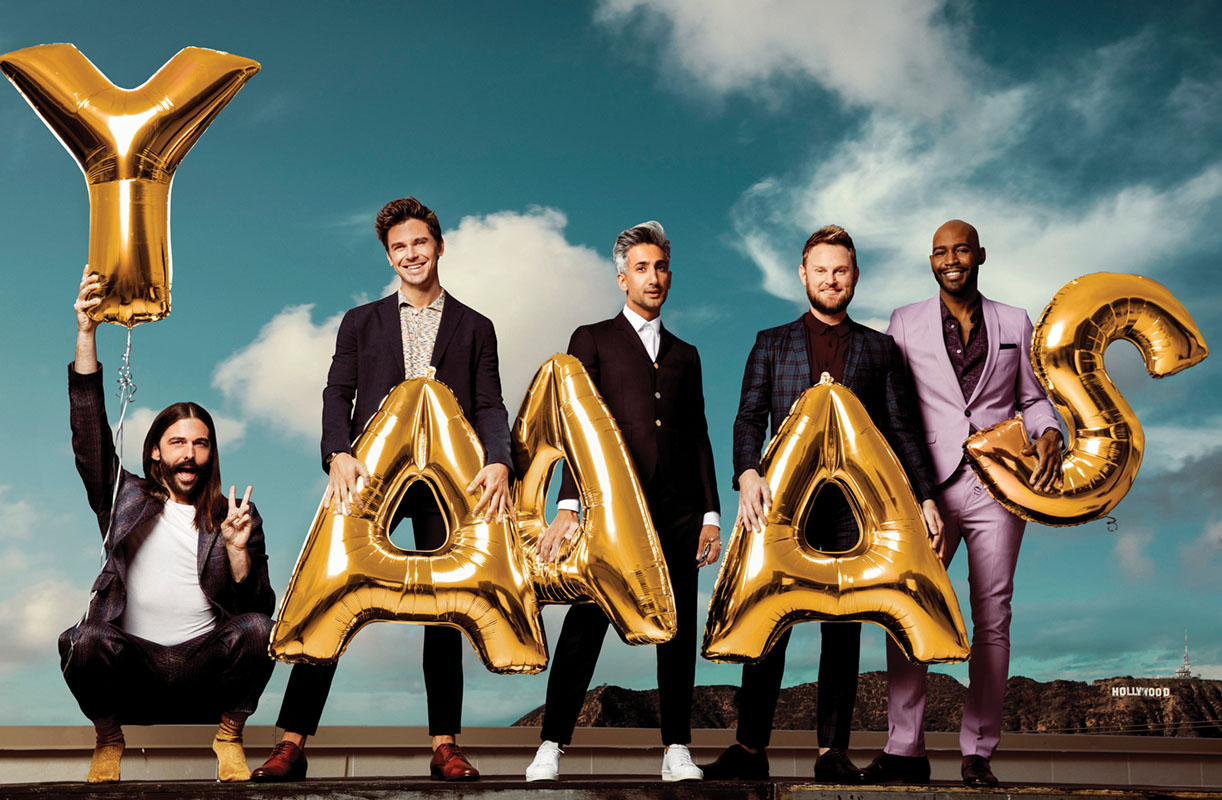 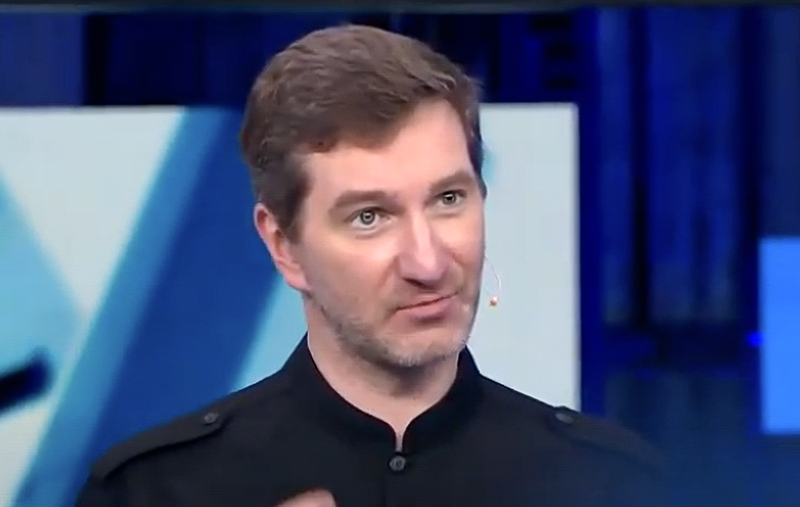 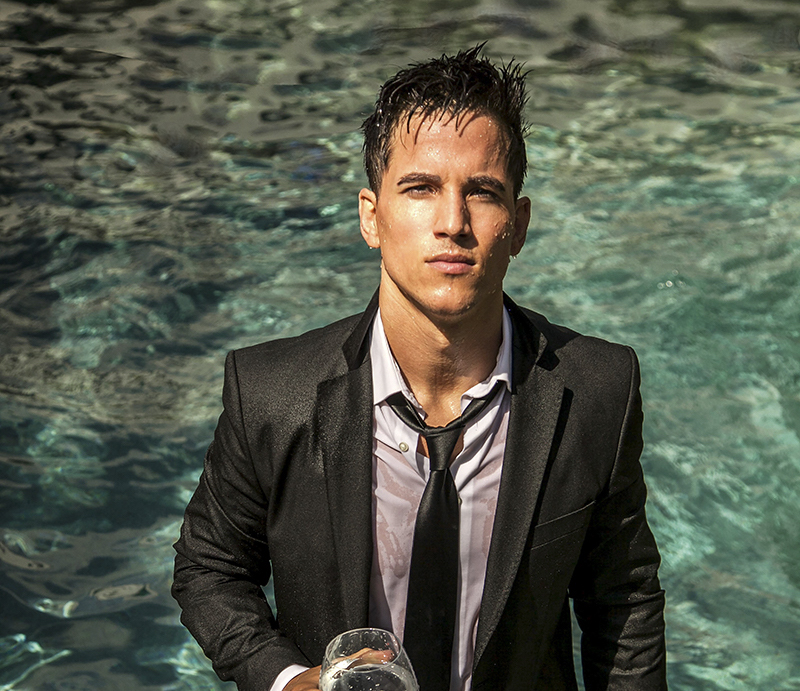