The petition demands Netflix cancel plans to broadcast the cartoon, which they believe promotes the "transvestite agenda." 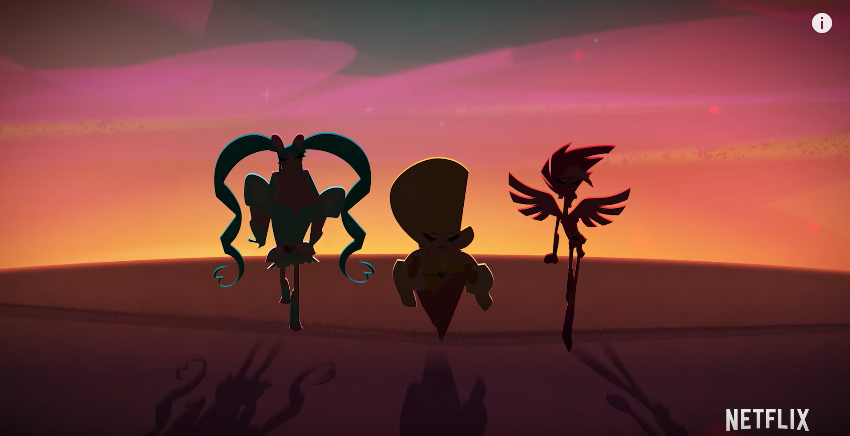 An upcoming Netflix cartoon about superhero drag queens is facing backlash from a Christian TV group.

The group will attach the petition to a letter to Reed Hastings, Netflix CEO, saying that their children “need a voice” against the “transvestite agenda.”

“Emboldened by ’gay pride,’ Netflix is releasing a show geared towards children where homosexuality and cross-dressing are the focal point,” the commission writes. “Netflix has taken the skill sets of those who create wholesome, educational content for children and has inserted the homosexual agenda into their content.”

They add: “Netflix offers wholesome shows like Clifford, the Big Red Dog and even VeggieTales. But do we really want our children to sit down to watch a fun new superhero cartoon series and instead have them lose their innocence to sexual wickedness?”

The commission also said that the show is “driven by a ’politically correct’ LGBT agenda and it is chock-full of sexual innuendos that are inappropriate for young audiences.”

Netflix declined to comment on the petition to Business Insider, but Chris Sanagustin, Netflix’s Director of Original International Content, said the streaming service was “thrilled” about the new series when it was announced in June.

“During the day, they work in a department store and deal with their uptight bitchy boss,” Netflix’s description states. “By night, they tighten up their corsets and transform into the baddest SUPER DRAGS in town, ready to combat shade and rescue the world’s glitter from the evil villains.”

The show is being developed by Brazil’s Combo Studio and its first five episodes will release at some point in 2018.

Watch the teaser trailer below.