Film Review: Kimberly Reed’s “Dark Money” is a horrifying look at the money behind American politics

Dark Money (★★★) is an incredibly effective horror film. It uses one of the genre’s simplest tools to tell its tale: a creeping, ever-present insidiousness, that gradually infects the entire narrative. Its story comes not in massive blows, but in small drips throughout its 98-minute runtime, as we meet an ever-expanding cast of characters fighting against a growing and malicious evil. And what makes this all the more effective is that Dark Money isn’t a horror film at all — it’s a documentary about corporate influence on American democracy.

If that sounds needlessly overblown, it shouldn’t. Anyone who has been awake and coherent for the past ten years will have witnessed the gradual undermining of America’s electoral systems. Outside influence, secret spending, paid-for politicians, lobbying, gerrymandering, and the political stranglehold by a Republican party that has long since abandoned its own principles in favor of seeking ever more power has turned America, once a beacon of freedom and hope, into constant daily fodder for editorial cartoonists and late night hosts. In its own intriguing, albeit limited, way, director Kimberly Reed is trying to shine a light — however small — into but one aspect of the various ways American society is crumbling: untraceable and undisclosed money influencing both America’s elections and its elected officials.

Rather than set her documentary in the obvious epicenter of so-called dark money’s influence, Washington, D.C., Reed (Prodigal Sons) instead takes viewers to Montana, the sparsely populated northwestern state that has become a surprising leader in the battle against undisclosed campaign spending. It’s a small-scale way to give some context to the story, starting with Montana’s efforts to combat corporations that ravaged its natural resources during the Industrial Revolution, which led to strict limits on its elected officials and their campaign finances. Those limits were then undermined by the Supreme Court’s Citizens United decision in 2010, which removed government restrictions on corporations and organizations funding communications during elections.

Filmed over the course of three election cycles, Reed’s film tries to give a comprehensive overview of the various ways dark money has influenced Montana and other states, including the battle to retain campaign financing laws in the midst of attacks by dark money groups and the politicians they support. It can be frequently overwhelming — information comes thick and fast, and the timeline, though occasionally noted by year, jumps around through various court decisions, political races, politicians, state actors, and the various sham organizations established to influence elections. Keeping track of everything requires constant attention, and the film lacks — and needs — a core narrator.

We’re offered a pseudo guide in John S. Adams, an investigative reporter formerly of the Great Falls Tribune, who revels in uncovering the murkier aspects of Montana politics. In the absence of graphics or animations to describe the technical information being fed to us, we have Adams drawing on a whiteboard, visually connecting the dots between dark money and the politicians who utilize it.

Reed instead tries to balance her film by showing all sides to the story, an attempt to prove that campaign finance is an issue that affects us all — and it’s effective, with a mix of Democrats and Republicans detailing the various ways outside spending can turn the tides of a campaign. Take Debra Bonogofsky, a GOP candidate for the Montana Legislature. Dark money poured into her primary opponent’s campaign, leading to fliers that attacked Bonogofsky’s views on abortion and other issues just weeks before the election, ultimately killing her political aspirations. The same story repeats several times — nondescript interest groups, typically conservative Republican-leaning, blanket a district to smear a candidate’s image, or to force a sitting politician to adopt a position preferable to the anonymous backers who are financing the effort. And they often, though not always, get their way.

There’s also a core case which Dark Money tracks, that of former Montana Senate Majority Leader Art Wittich, a Republican who utilized dark money to operate his election campaigns. We follow the case as it slowly unfolds, including Wittich’s unsuccessful attempt to fight against a new law that would require all donations to be declared and traceable, and ultimately culminating in a successful trial against him, which finds him guilty of breaching campaign finance law.

The effectiveness of Dark Money‘s narrative is that Wittich’s case could almost be the sign of things to come, that this single case in Montana will have repercussions nationwide. Like the best horror, Reed quickly reminds us that the good guys never truly win. Instead, we end with former Federal Election Commissioner Ann Ravel submitting her resignation to Donald Trump in 2017, urging him to fight for campaign finance reform and to limit undisclosed spending on American elections — a year later, nothing has happened.

Reed’s film then issues a dire warning about the internet and unregulated campaigning, before closing on a montage of the various efforts against undisclosed spending. After watching Dark Money, that fight seems all the more worthy — and much less certain to be successful. 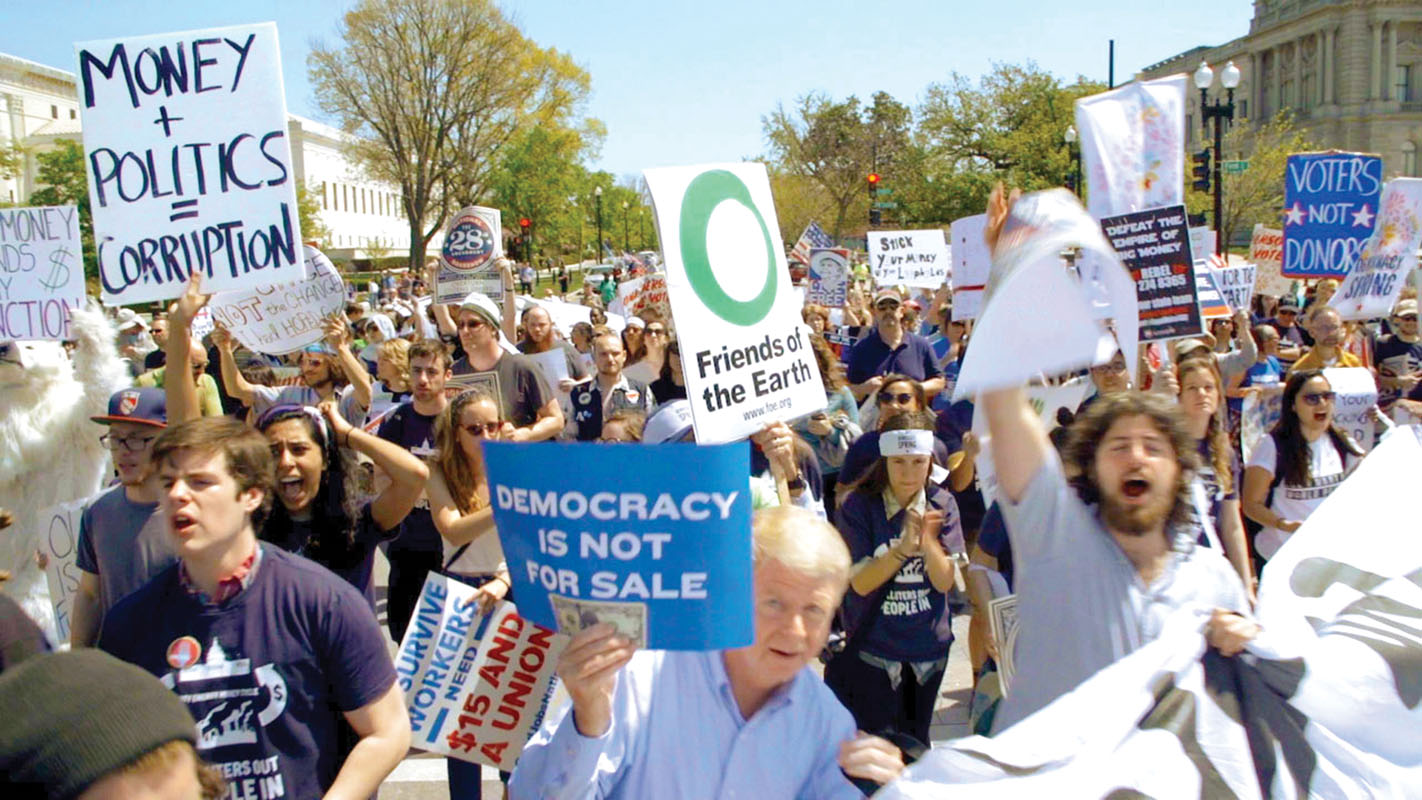