Heather Barron was charged with the murder of her son, Anthony Avalos, two days after her boyfriend was similarly charged 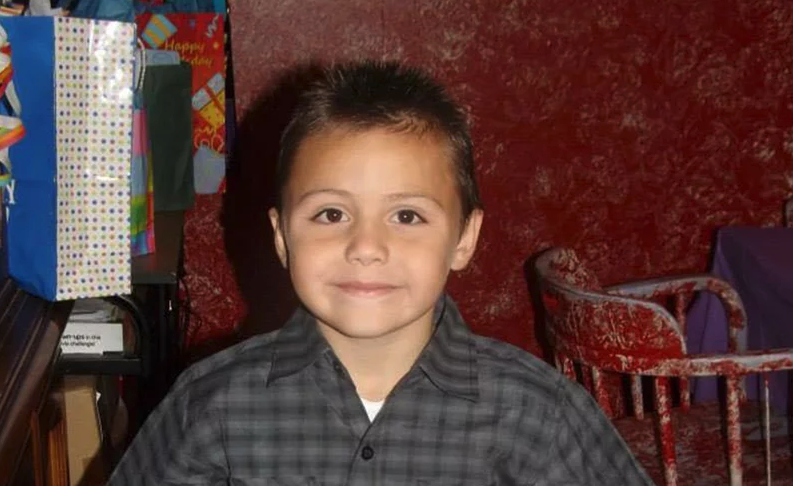 The mother of Anthony Avalos, a 10-year-old boy killed a few weeks after he came out as gay, has been charged with his murder.

Heather Barron was charged by the Los Angeles County District Attorney’s Office last Friday with murder, torture and child abuse, according to a press release. She is currently being held on a $2 million bail.

Barron’s boyfriend Kareem Levia was previously charged with murder and torture, with an additional count of assault of a child, causing death. His bail is also set at $2 million.

The Los Angeles Times reported that Barron will enter a plea agreement Monday, whereas Leiva will set an arraignment after he is medically cleared from being treated for a laceration in his upper chest.

Anthony Avalos died in hospital on June 21 after being found unresponsive in the family’s apartment a day earlier. Barron originally called the police to her Lancaster home saying her son had been injured in a fall. His body apparently showed signs of malnutrition and physical abuse, leading to his death being classified as suspicious.

Los Angeles County Sheriff Jim McDonnell said last week that an autopsy had yet to be completed but it will help reveal the cause of the boy’s death.

In the month leading up to his death, Anthony had “said he liked boys” according to Brandon Nichols, deputy director of the Los Angeles County Department of Children and Family Services. Caseworkers registered 12 complaints about Anthony’s treatment before his passing.

Asked whether homophobia played a role in Anthony’s death, Los Angeles County Sheriff’s Capt. Chris Bergner said, “That has not come up in our investigation as motivation at this time, no.” Sheriff McDonnell added that it was “too early” to be discussing motivations in an active investigation.

The department said eight children, ages 11 months to 12 years, have been removed from the household “pending further investigation” and are now in state custody.

Maria Barron, Anthony’s aunt, said that her nephew coming out only “reinforces how brave Anthony was.” She began alerting DCFS in 2015 of the children having bruises and other injuries, which she said were caused by Levia. She also said that the children would be locked in small spaces and had to go to the toilet on the floor.