Authorities have banned Pride marches from taking place since 2015 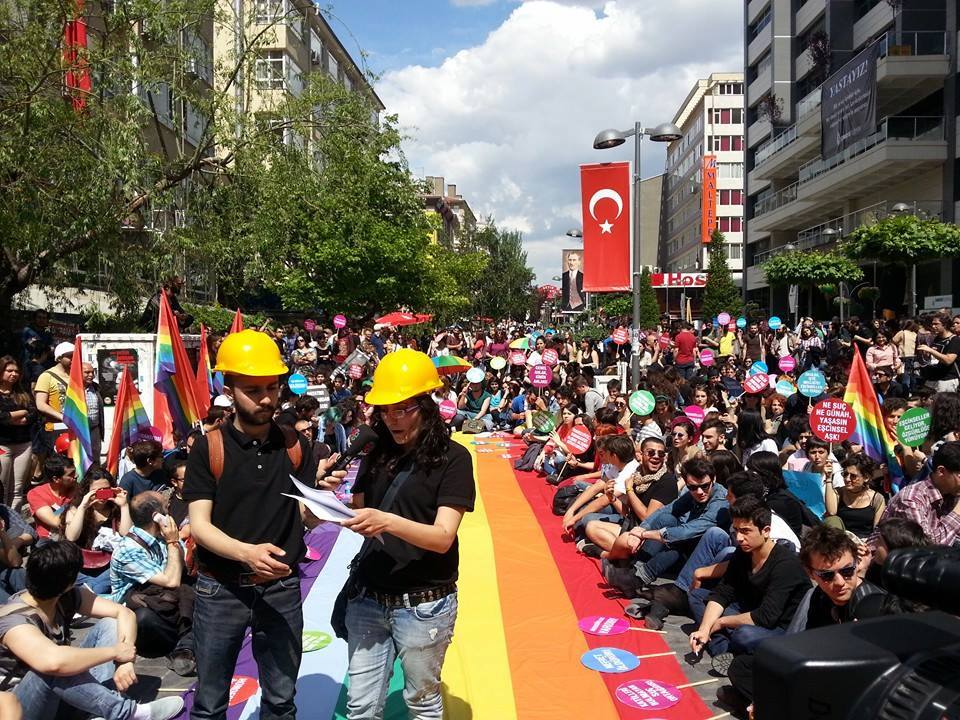 LGBTQ activists in Istanbul were met with tear gas and rubber bullets on Sunday after police violently enforced the city’s ban on a Pride march.

Activists chose to hold an impromptu march after the city’s governor blocked the parade for the fourth year in a row. Officials cited security reasons and public sensitivities as grounds for the block.

“The governor cited the excuse of security in its decision to ban the march and in one word, this is comical. Our marches went on peacefully without being banned for 13 years,” the organizers said in a press statement on Facebook hours before the march. “We LGBTI+ (lesbian, gay, bisexual, transgender, intersex) are here with our pride despite all vain attempts to prevent us and we do not recognize this ban.”

Activists met up at Istanbul’s Taksim Square, chanting slogans such as “Don’t be quiet, shout out, gays exist!” and “Love, love, freedom, State, stay away!”

However, Turkish police met the protesters with rubber bullets, tear gas and baton dogs to violently prevent the parade from moving forward down Istiklal Avenue. The police stopped “anyone wearing bright colors, carrying a rainbow, or sporting an asymmetrical haircut” according to The Daily Beast.

The Istanbul Pride Parade was once an important symbol of tolerance in the Muslim world, starting in 2003 and running until 2015, when the government started banning them.

“This is the fourth year we are getting banned and attacked from the police,” Hakan, an employee of an aid organization, told Daily Beast. “Being LGBTI is getting harder. We are part of the society and we are here saying we want rights like all minorities. But today, they don’t even let us enter the street because of the way look and because we are carrying rainbow flags. We are saying we are here, we are part of the community, and we are queer.”

The Istanbul governor’s office issued no public statement about the event but told organizers in private that they “could not take steps to secure their safety and did not find it appropriate for the Pride Walk to take place”, according to a statement from Istanbul LGBT+ Pride Week.

LGBTQ individuals still experience abuse and harassment in Turkey despite homosexuality being legal. The capital’s government instated a ban on all LGBTQ events last November, but queer rights groups have vowed to fight the law.

Earlier this year, a prominent Turkish LGBTQ activist was arrested and detained in his home, with no official reason given for his arrest. And in late 2017, Turkey banned a gay German film festival from taking place, claiming it could incite a terrorist response.