Coalition will advocate for greater LGBTQ protections, even in the face of hostility from the General Assembly 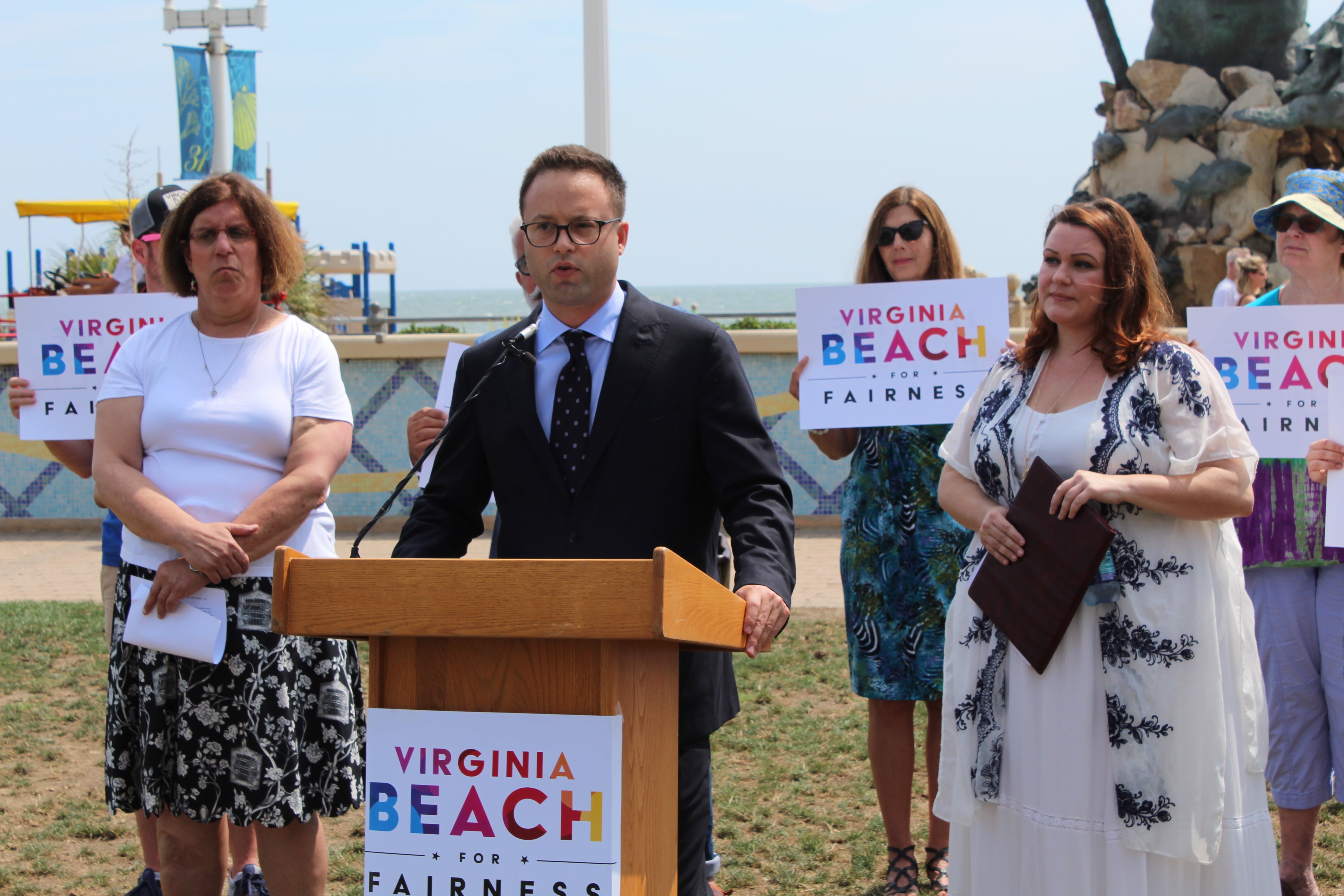 Virginia Beach residents have launched a new coalition to advocate for nondiscrimination protections for the LGBTQ community in Virginia.

Virginia Beach for Fairness is a coalition comprised of community members, faith leaders, veterans, business owners, and local pro-equality organizations that intend to raise awareness about the need to update Virginia’s laws to better protect LGBTQ residents. The coalition intends to have several events over the next few months to help raise their public profile and enlist bystanders to become engaged with the fight for LGBTQ equality.

The coalition’s co-chairs held a press conference on Wednesday morning where they shared personal stories about why LGBTQ equality matters to them.

“I was born in Virginia Beach and have spent most of my life here,” Michael Berlucchi, one of the coalition’s co-chairs. “Virginia Beach is a wonderful place to live — but as a young gay man, I felt I had to leave to be my authentic self because Virginia Beach did not feel like a welcoming place for people like me.”

Berlucchi, the community engagement manager for the Chrysler Museum of Arts and a member of theVirginia Beach Human Rights Commission, notes that his feelings of being an outsider or not being accepted are common among members of the LGBTQ community, which is why many LGBTQ young people choose to move to states with friendlier laws than Virginia’s.

Tracey Swinarsky, another co-chair who serves as both a transgender rights advocate and claims representative for Geico, previously served in the military — a common experience for many Hampton Roads residents. Swinarsky said she is saddened that the commonwealth’s laws fail to guarantee to LGBTQ people the same freedoms that she had sworn to protect.

“My time in the military gave me profound respect for my country,” she said. “America’s founding promise of freedom and opportunity is what makes it so special. And that’s why it’s so disheartening that here in Virginia, gay and transgender Virginians can be fired from a job or denied housing simply because of who they are. This effort called Virginia Beach For Fairness is about bringing us closer to our nation’s founding promise ideal of freedom and justice.”

While past polling has indicated that a majority of Virginians would support legislation protecting LGBTQ residents of the commonwealth from discrimination, that same sentiment is not held by those who are elected to serve in the General Assembly.

Even though Republicans only control the Virginia Senate, 21-19, and the House of Delegates, 51-49, Speaker Kirk Cox (R-Colonial Heights) has assigned committee and subcommittee memberships in a way that ensures that those House Republicans who might be more amenable to pro-LGBTQ legislation are not seated on committees where such legislation might be referred. As a result, nearly every pro-LGBTQ bill that has been introduced in the General Assembly has passed the Senate but been killed in subcommittee in the House.

“All parents want our children to be safe, healthy, and happy. But no parent should have to worry that their kid will be denied a job or housing simply because of who they are or who they love,” Virginia Beach for Fairness co-chair Kathy Hinson said in a statement. “Every member of the LGBT community is someone’s child. When it comes to being able to earn a living, having a place to live, or being served by a business or government office, gay and transgender people should be treated like anyone else and not be discriminated against.”

The Virginia Beach for Fairness Coalition will host its next community meeting on Aug. 1 at 7 p.m. at the Meyera E. Oberndorf Central Library, 4100 Virginia Beach Blvd., Virginia Beach. The meeting is open to the public, and all are welcome to attend. For more information, visit VirginiaBeachForFairness.org.

John Riley is the local news reporter for Metro Weekly. He can be reached at jriley@metroweekly.com
← Previous Story Jeremy Sherman crowned Mr. Nice Jewish Boy DC 2018
Next Story → D.C. Department of Health report: STD rates on the rise in the District, even as HIV rates remain steady