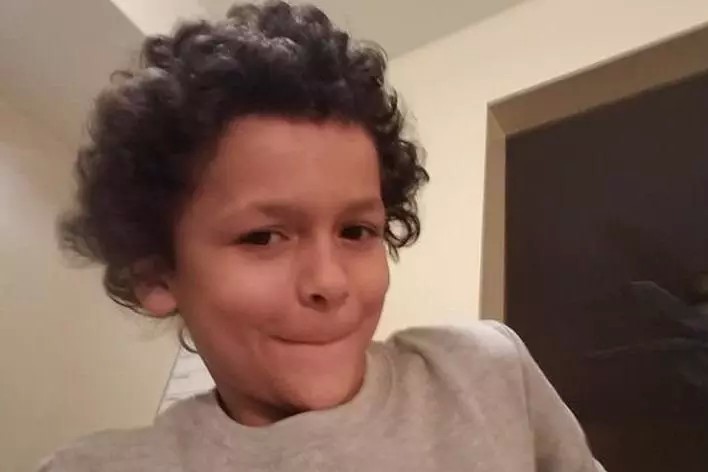 LGBTQ celebrities and organizations are demanding that more be done to combat anti-LGBTQ bullying after a nine-year-old boy in Colorado killed himself shortly after coming out as gay.

Jamel Myles, who lived in Denver, took his own life just days after starting the fourth grade and telling his classmates that he was gay.

His mother, Leia Pierce, said he had only recently come out to her, and that she believes bullying at school led him to commit suicide.

“The same kids who picked on him last year were even meaner to him once he came out and said he was gay,” Pierce told HLN. “They hurt my baby.”

Speaking to the BBC’s Victoria Derbyshire show, Pierce said Myles told her he was “proud of who he was” and didn’t mind telling his classmates.

While he showed none of the trauma he was experiencing to his mother, Myles apparently told his sister that children at school “were telling him to kill himself.”

Pierce added that the school “were very aware he was being bullied.”

On air next… Exclusive: “A gentle kind soul just left this world because of something so cruel.”

In a statement, Denver Public Schools said it was “very saddened by Jamel’s tragic loss,” and it is “deeply committed to ensuring that all members of the school community are treated with dignity and respect.”

“Our priority right now is to help all students and adults with the grief they are experiencing, to better understand all the facts surrounding this tragic loss, and to do all we can to prevent another tragedy of this nature in the future,” DPS added.

In the wake of Myles’ death, LGBTQ people and celebrities took to Twitter to send messages of support and to demand more action to combat bullying and homophobia.

Actress Ellen Page tweeted that the news “broke my heart.”

“I have traveled around the country & the world & have been witness 2 hope & joy but also deep pain & horror,” she wrote. “This needs to change. I’m sad & angry but trying 2 keep my heart warm & open 2 continue 2 strive 2 help eradicate this suffering.”

In a more pointed message, Page also tweeted: “Don’t be a fucking bully. Don’t raise your kids to be bullies. This shit is heartbreaking and preventable.”

Don’t be a fucking bully. Don’t raise your kids to be bullies. This shit is heartbreaking and preventable.

Actress and trans activist Laverne Cox, who recently opened up about her own struggle with suicide, tweeted that bullying of kids like Jamel Myles “must stop.”

“This has to stop happening,” she wrote. It just must stop. Our bullying culture is killing children.”

This has to stop happening. It just must stop. Our bullying culture is killing children. #JamelMyles

“A 9-year-old boy died by suicide after being bullied for coming out as gay” https://t.co/BlrS7BqBxK

The Walking Dead star Daniel Newman, who came out as bisexual last year, said Myles’ death was “all the proof you need that our fight against prejudice is as important today as ever!”

#JamelMyles just killing himself at 9 years old after being bullied for coming out is all the proof you need that our fight against prejudice is as important today as ever! If ANY of you need someone to talk to call @TrevorProject 1-866-488-7386
info@thetrevorproject.org #LGBTQ https://t.co/qFa0UOKsYR

Steven Canals, who co-created Pose with Ryan Murphy, recounted his own experience of homophobic bullying at nine years old.

1989. 4th grade. 9 yrs old. First time a fellow male classmate shamed me by saying “stop being so gay.” I didn’t know who I was then. Jamel did. He was gay. And he was proud, until he wasn’t. My heart aches. #JamelMyles https://t.co/Lp1i8n5KJb

A number of LGBTQ organizations reacted to the news, offering contacts for people who needed support, statistics on LGBTQ suicide rates, and condolences to Myles’ family.

“Our deepest condolences go out to the family of Jamel Myles,” Human Rights Campaign tweeted. “No one, especially children, should ever be made to feel alone and hopeless simply for who they are.”

GLSEN, a national network of education organizers and participants working to create LGBTQ-inclusive schools, noted that the “bullying and harassment” that Myles suffered is “all too common” in American schools.

The organization also tweeted that children are “not born to hate and it is up to each of us to create communities that make them feel safe and welcome.”

Children are not born to hate and it is up to each of us to create communities that make them feel safe and welcome. The work of creating safe and inclusive schools where all students feel welcome is crucial in ensuring these tragedies do not continue to happen.

And in an opinion piece for USA Today, Amit Paley, CEO and executive director of Trevor Project — a suicide prevention and crisis intervention service for LGBTQ young people — noted that young LGBTQ people are “not prone to suicide because of their sexual orientation or gender identity; they are at a higher risk for suicide attempts because of the harmful rhetoric and rejection they hear from their friends and families.”

During her interview with the BBC, Myles mother, Leia Pierce, was asked what she would tell other gay children.

“I would tell them they’re beautiful, and they’re special, and there’s nothing different about them that should be pointed out to make them feel any type of way other than loved,” she said. “We are all different, and our difference is what makes us equal because it’s the one thing we have in common. We’re all supposed to embrace each other.”

Speaking to parents, she continued: “Teach your kids compassion, respect, teach them to be more accepting of each other. Teach them that if you don’t like something or someone, it’s OK to be quiet and walk away and just keep it to yourself – you don’t always have to say mean or rude things to people…. Teach them it’s OK to [give] words of encouragement — it doesn’t matter if you’re the bully or if you’re not the bully, there’s pain in everybody. Unit we correct the pain and the hurt that’s in everyone, nothing will change. We have to change ourselves for our children.”