Film Review: The Spy Who Dumped Me

Kate McKinnon does a lot of heavy lifting trying to keep the slapstick caper The Spy Who Dumped Me (★★) from sinking like a stone in the Seine. The effort shows, but there’s not much the Emmy-winner and her costar Mila Kunis, as best friends suddenly thrust into a deadly spy mission, can do to counteract the weak plotting, leaden timing, and uninspired action sequences.

Director Susanna Fogel (Life Partners) invests the film’s purpose in depicting the loyal, resilient friendship of Audrey (Kunis) and Morgan (McKinnon). They’re just two regular Jills living in L.A. who find themselves in possession of a mysterious “package” that’s fiercely coveted by agents of the CIA, MI6, and some phantom terrorist organization called the Highland.

On the run from assassins, and chasing after Audrey’s secret agent ex, Drew (Justin Theroux), the ladies prove to each other again and again that they’ll have each other’s back. Kunis gets a dull love interest — an agent played by Outlander‘s Sam Heughan — but really she’s the Ethel to McKinnon’s Lucy, though that comparison is a stretch. In the annals of great comedy duos, the team of Kunis and McKinnon won’t be missed.

The duo does, however, conjure a believable rapport as ride-or-die homies who’d face down a warehouse full of gun-wielding terrorists to save each other. The positivity relayed by their relationship, and by McKinnon’s elastic mugging, mark the movie’s high points. McKinnon’s eccentric, and apparently sexually fluid, Morgan offers more intrigue than the movie’s spy games.

The action is nondescript, except for Fogel’s commitment to climaxing fight scenes with needlessly violent deaths. Villains meet their bloody ends by means of guns, knives, explosions, impalement on an iron beam, and death by fondue pot. The results are occasionally gruesome, but the tone stays light, almost obliviously so, in the vein of “Omigod, you totally just killed that guy — awesome!”

The comical disregard for life fits right in with the film’s disregard for financial reality. Audrey, a store cashier, is happy to jet with her friend from L.A. to Vienna, then to Prague and Paris on her own dime, from what we’re shown. Seemingly as a self-parodying nod to the opulent location-hopping of blockbuster spy thrillers, The Spy Who Dumped Me opens in Lithuania, and also makes a quick stop in Budapest, for no reason at all, and a trip to Amsterdam, just because. The story lands twice in Berlin, but never arrives at any reasonable, or funny, explanation for who’s funding Audrey and Morgan’s excellent adventure.

The Spy Who Dumped Me is rated R, and opens in theaters everywhere on Friday, August 3. Visit fandango.com.

The Spy Who Dumped Me 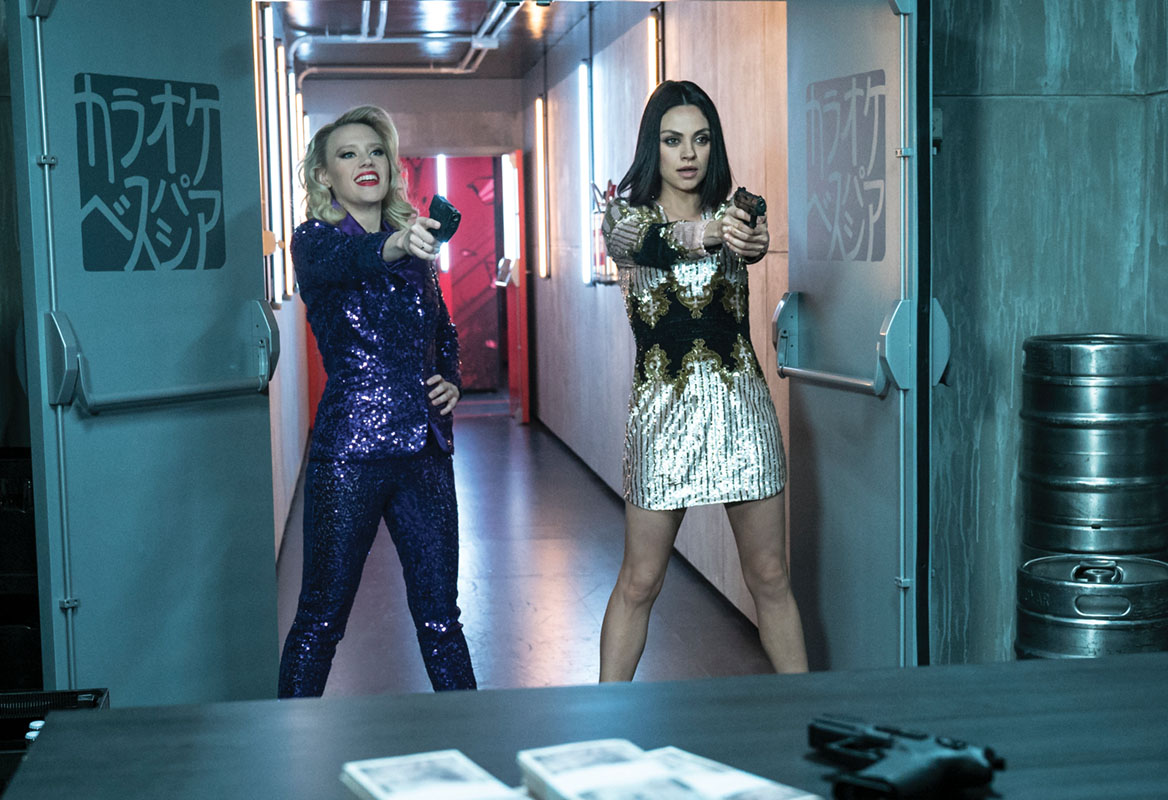