Officer alleges he was retaliated against for complaining, to the point that even his calls for backup were ignored 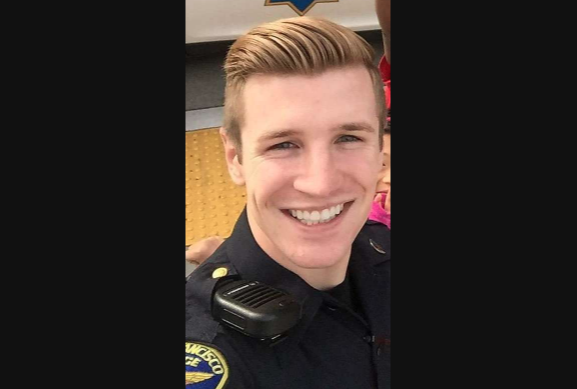 An openly gay San Francisco police officer has filed a lawsuit against the city for mistreatment he suffered at the hands of his fellow officers and supervisors due to his sexual orientation.

In the lawsuit, Brendan Mannix, 28, accuses members of the Police Department of engaging in sexual harassment, discriminating against him based on his sexual orientation, and retaliating against him when he filed a complaint with superior officers, reports the San Francisco Chronicle.

Mannix alleges that two sergeants frequently made comments about his sexual orientation, calling him a “queen,” “too dramatic,” and insulting his masculinity, Lawrence Organ, Mannix’s attorney, wrote in the complaint on behalf of his client.

The complaint also alleges that the department did nothing to stop the harassment after Mannix complained.

The complaint alleges that the trouble began after Mannix, who is still employed as a police officer, was transferred to the department’s Central Station, where officers are assigned to patrol the Financial District, the Embarcadero, Chinatown and North Beach.

“Mr. Mannix quickly noticed the ‘Old Boys’ Club’ atmosphere of the station: Anyone who did not fit a precise mold — broadly speaking, straight, cisgender, white and male — was targeted for mistreatment; those who complained about it were treated even worse,” Organ wrote in the complaint.

According to the complaint, the two police sergeants in question repeatedly harassed Mannix, with the chief instigator suggesting he was in a sexual relationship with the only other gay officer at the station.

When Mannix did or said something the sergeant believed was stereotypically gay, he would say “ugh, you gays!” or “God, you gays!”

That same sergeant also mocked or critiqued Mannix’s hair style and physical appearance, making comments like, “Is that hair big enough?!”, “That [hair] color is not natural!”, “How much do you weigh? One hundred pounds soaking wet?”, and “Gain some weight!”

One time, when they discovered a dead body in the water on a freezing night, and were waiting for the fire department and EMS to arrive on scene, Mannix said he was cold, to which the sergeant said, “Don’t be such a queen.”

The two sergeants would encourage other officers to laugh or ridicule Mannix when they made derisive comments about him.

They also frequently sought him out just before the end of his shift to give him last-minute assignments that would take him hours to complete, even though there were other officers who were available to take on those tasks.

When Mannix confronted the sergeants about their behavior, the second sergeant got in his face and told him, “If you think I am a bully, file a fucking complaint.”

Mannix was initially afraid to file a complaint for fear of retaliation. But the harassment continued, even to the point of ignoring his radio calls for backup and refusing to approve his incident reports.

Even after the instigating sergeant retired, the mistreatment continued, this time carried out by the second sergeant and other higher-ranking officers.

When he finally did file an internal complaint, senior officers deliberately omitted details of the harassment against him — leading to the eventual dismissal of the complaint — and continued to retaliate against him in other ways.

The Police Department says it cannot comment on the pending lawsuit, but told the Chronicle that it takes “allegations of discrimination and officer misconduct seriously and will thoroughly investigate all complaints.”

“The San Francisco Police Department is committed to diversity, tolerance and respect for the public and all of our members,” David Stevenson, a police spokesman, said in a statement. “Department members are sworn to hold each other accountable and required to act swiftly to report any misconduct.”

The San Francisco city attorney’s office has also declined comment on the case, but released a statement reading: “The city of San Francisco, including the Police Department, has been a leader on LGBT rights for decades and remains committed to providing a safe and respectful work environment for all.”

You may also be interested in reading: Gay CIA contractor details anti-gay harassment to ABC News