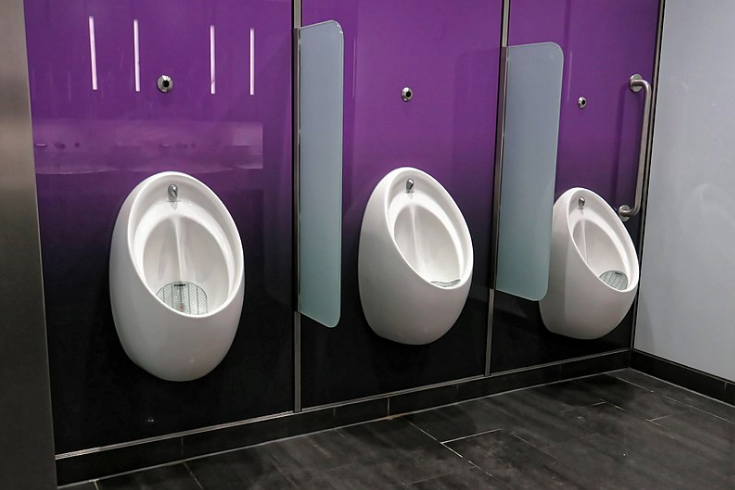 A student who sued his school district after they allowed a transgender male to use boys’ facilities has dropped his lawsuit, following concessions including additional privacy measures in bathrooms and locker rooms.

In May, Summer Eastwood and her son, “T.B.” sued the Sutherlin School District in Douglas County, alleging that T.B.’s right to privacy was violated by having to share a space with another student, identified as Tyler W. in the lawsuit, whom T.B. considers a girl.

The district’s policy allows transgender student to use those bathroom and shower facilities that match the gender with which they identify, reports The News-Review.

But following a federal judge’s decision to throw out a similar lawsuit lodged against the Dallas School District in Polk County, Ore., it became apparent that the Eastwoods’ lawsuit was unlikely to succeed.

“And make no mistake, Tyler is a girl,” Hacke added, continuing his habit of misgendering the teenager, which he did in all of the Pacific Justice Institute’s court filings.

Additionally, the school district agreed to improve privacy by installing walls around urinals and showers, leading Hacke to deem the compromise as acceptable.

“We said from the outset it’s about privacy not prejudice, and [Eastwood’s] concerns about privacy have been assuaged. So that’s the bottom line,” he said. “This way Tyler can have access to the boys’ bathrooms and locker rooms, and the boys can feel like they at least have measures in place to keep them from feeling completely weirded out.”

Sutherlin School Superintendent Terry Prestianni touted the new privacy measures as a good thing for all students while also celebrating the ability for the school to get back to its mission of educating children rather than having to worry about lawsuits.

For Tyler, though, the lawsuit still remains an unpleasant memory, especially given that he was singled out by name in the lawsuit, even though he wasn’t a defendant — a tactic that LGBTQ advocates, including his lawyers with the ACLU of Oregon, say is a form of “bullying by lawsuit.”

Tyler has since published a blog post on the ACLU of Oregon’s website reflecting on the experience. He says the conflict between him and T.B. began after he walked into the boys’ bathroom during his fourth period class.

“‘Isn’t it weird…’ I could hear someone saying. I don’t remember exactly what was said after that, but I knew it was about me, because they kept saying ‘she,'” Tyler writes. “A lot of people who don’t agree with how I live my life reference me as ‘she’ and use my dead name.”

It wasn’t until he was called into the vice principal’s office that afternoon that Tyler even realized there was a problem. The vice principal pulled up security footage and asked Tyler why he wasn’t using the girls’ restroom (despite the fact that this runs counter to district policy on restroom use). But Tyler refused to relent, noting that he has identified as male from a very young age — despite receiving abuse from his classmates, many of whom excluded and misgendered him.

“This lawsuit — and being personally named in it — really stung,” writes Tyler. “I was so worried about going back to school while it was dragging on, so learning this week it was dropped was a huge relief.

“I hope other transgender students in Oregon know that they are not alone. I hope this lawsuit getting dropped means real progress and acceptance. I hope that other students like me feel empowered enough to speak up about the issues in their district, whether it be about privacy, or bullying, or anything in between.”

Mat dos Santos, the legal director of the ACLU of Oregon, told The News-Review that the organization is “gratified that this meritless, mean-spirited suit was dropped.”

“All students have the right to a safe and inclusive learning environment,” dos Santos said. “Transgender and gender diverse students are free to be who they are at any public school in Oregon and we will be there to protect these important rights should future suits be brought.”

Shayna Medley, an attorney with the national ACLU’s LGBT & HIV Project, said courts around the country are rejecting cases similar to the lawsuits filed against the Sutherlin and Dallas school districts.

“It is disheartening that transgender and gender nonconforming students are still being targeted by these frivolous lawsuits,” Medley said in a statement, “but we’re grateful this suit was dropped and will continue to defend trans students’ right to be treated equally in schools.”