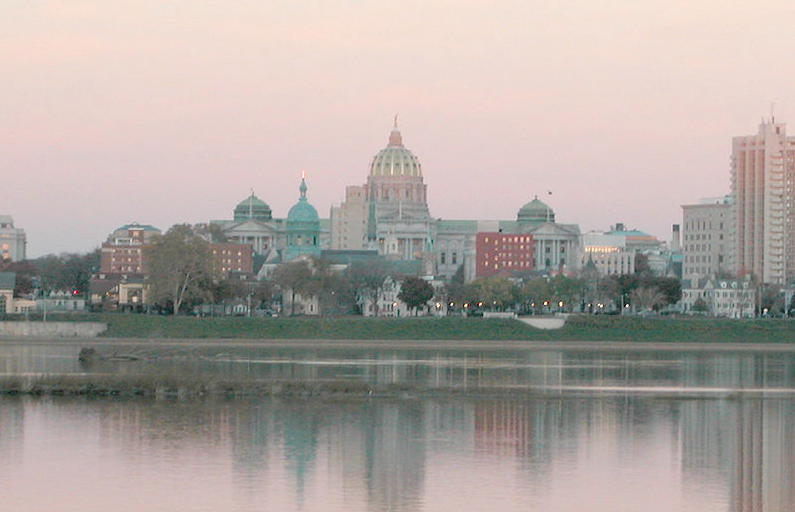 The Pennsylvania Human Relations Commission has issued new guidance that classifies instances of discrimination based on sexual orientation and gender identity as forms of sex-based discrimination, reports The Philadelphia Inquirer.

The change means that LGBTQ people will now be able to file complaints against people or businesses that they believe are discriminating against them, and the commission will investigate those claims.

In its new guidance, the commission notes that the Pennsylvania Human Rights Act is expected to be interpreted consistently with federal nondiscrimination laws. Recently, several federal courts have begun to interpret sex-based discrimination as applying to instances where a person is singled out for disparate treatment based on their sexual orientation, gender identity, or expression. As such, the commission felt comfortable recommending that those traits be protected under the state’s civil rights law prohibiting sex discrimination.

“The term ‘sex’ under the [Human Rights Act] may refer to sex assigned at birth, sexual orientation, transgender identity, gender transition, gender identity, and/or gender expression depending on the individual facts of the case,” the guidance reads.

“…Discrimination complaints identifying ‘sex’ as the protected class and specifying allegations related to sex assigned at birth, sexual orientation, transgender identity, gender transition, gender identity, and gender expression will be evaluated on a case by case basis throughout the Commission’s filing, investigation, and adjudication processes.”

Previously, people could only file complaints about alleged anti-LGBTQ discrimination in the 51 municipalities that have ordinances explicitly banning such discrimination. While those 51 jurisdictions contain nearly half the state’s population, that leaves 2,511 municipalities where LGBTQ people had no recourse until the commission made its most recent announcement.

But the new guidance also clarifies that just because a complaint has been filed and accepted doesn’t mean that the commission will necessarily rule that discrimination occurred. As it is tasked to do, the commission will investigate the charges and determine if they have merit.

When the commission was debating the new guidance and had opened it up for public comment, it received and responded to over 8,000 comments from individuals, a little less than half of which reacted negatively to the commission’s interpretation of what constitutes “sex.”

According to the local Philadelphia news website Billy Penn, 63 comments said the change was unnecessary because there is no proof that LGBTQ people are being discriminated against. More than 90 comments states anti-LGBTQ beliefs. Nearly 1,000 invoked “bathroom panic,” alleging that women or children would be at risk if transgender people were allowed to access public accommodations.

An additional 2,000 comments raised concerns about infringing on people’s religious liberty, or the idea that churches and religious schools would be forced to hire people who do not comply with the institutions’ teachings opposing homosexuality or transgenderism.

Mindful of the concerns regarding religious liberty, the commission noted in its final guidance that “respondents who believe that enforcement of the PHRA against them would violate their free exercise of religion, they are free to avail themselves of the protections found within the Religious Freedom Protection Act.”

Other commenters questioned whether the commission had overstepped its authority, arguing that only the legislature can propose and pass laws that redefine how state civil rights laws should be interpreted. The Republican-controlled General Assembly has consistently rejected attempts to amend the commonwealth’s civil rights laws to include protections for sexual orientation and gender identity.

But the commission insists that it is well within its rights to adopt its own interpretations.

“The Commission disagrees with the assertion that the Guidance creates a separation of powers issue. The Legislature vested the Commission with the power and the duty to ‘formulate policies to effectuate the purposes’ of the Pennsylvania Human Rights Act and the Pennsylvania Fair Educational Opportunities Act,” the commission wrote. “The Legislature declined to provide a definition for ‘sex’ when they added it as a protected class under the PHRA and PFEOA.”

As such, the commission argues, it’s taking its cues from federal courts, which have increasingly accepted the argument that discrimination against LGBTQ individuals constitutes sex discrimination.

“We cannot continue to tell people to wait: ‘Wait for us to get to a point where we can make sure that you’re not discriminated against,'” Chad Dion Lassiter, the commission’s executive director, told the Inquirer.

Equality Pennsylvania, which offered comment on the proposed guidance, noted that while the new protections are a step in the right direction, they are no substitute for statewide law that explicitly protects LGBTQ people from discrimination — something that will likely not happen until Democrats control both the legislature and the governor’s office, meaning it could take several decades before such protections are enacted.