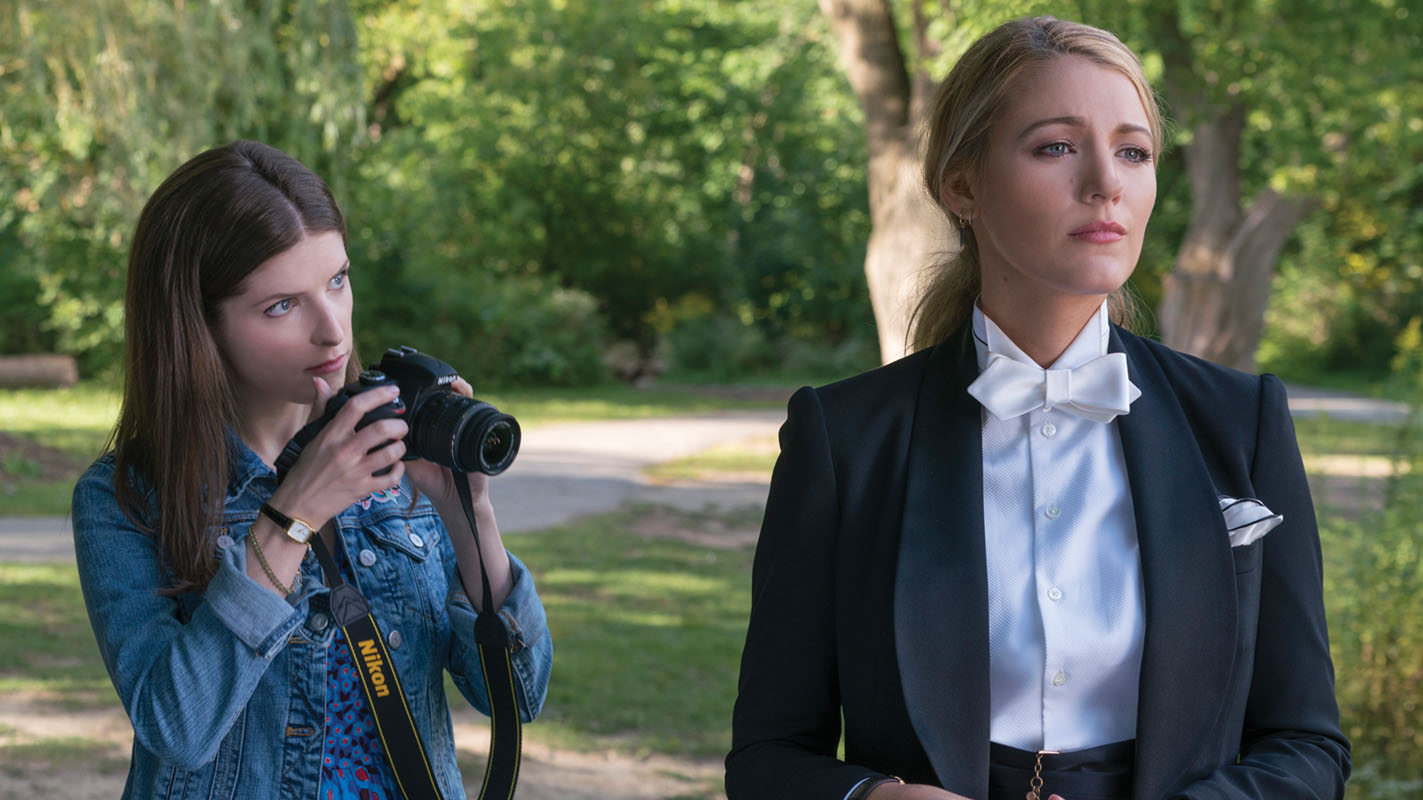 The twists and turns of big little lies in the thriller A Simple Favor (★★½) eventually lead it off a cliff. But before the Gone Girl clone crashes into self-parody, its cast and glam noir looks generate a joie de vivre that is quite infectious.

Anna Kendrick is perky to the max as down-to-earth single mom and passionate food and crafts vlogger Stephanie Smothers. Recently widowed and new to town, Stephanie is gratified to see her second-grader Miles (Joshua Satine) become fast friends with a boy in his class, Nicky (Ian Ho). And she’s overjoyed when Nicky’s impeccably glamorous and beautiful mom Emily (Blake Lively) somehow deigns to befriend a mousy, regular gal like her.

At the boys’ private school in this gossipy Connecticut town, Emily, a Porsche-driving, New York City fashion publicist, is the mom all the other moms love to envy and obsess over. So, of course, Stephanie is thrilled to set down her cookie sheets to kick back and clink martinis with the coolest blonde in town. She’s the coolest mom, with the hottest husband, Sean, a stalled novelist whom Emily can’t keep her hands off of — especially since he’s played by box office hunk of the summer Henry Golding (Crazy Rich Asians).

Despite the couple’s luxe life and flagrant displays of affection, Emily drops plenty of hints that all’s not wine and roses for her and her handsome hubby. Then, one day, she asks Stephanie the simple favor of picking up Nicky at school, and promptly disappears off the face of the planet. Stephanie immediately gets to sleuthing, and Kendrick is just the right actor to convey the earnest concern that propels the character to chase down every clue. But those clues eventually lead Stephanie, and the film, down a dark tunnel of dead-end turns.

Directed by Paul Feig (Bridesmaids) with a gleeful sense of mischief, the film, based on the novel by Darcey Bell, piles revelations upon twists upon double-crosses, but never comes up with anything truly surprising. The plotting appears more desperate than cunning in the obvious effort to spin a shocking mystery from Emily’s unknown past. A cool customer like Em might say the movie’s simply trying too hard to impress, with its zig-zagging plot turns and jaunty French pop soundtrack.

The proceedings hit peak preciousness with a third-act tête-à-tête conducted over wisecracks and cocktails in a cemetery. It’s all too cutesy by the end, and the solution to the mystery not satisfying enough to warrant the laboriously circuitous trail.

Kendrick is chipper fun as the determined, self-deprecating Stephanie, who also occasionally lets loose a sliver of the darkness underlining her good cheer. She and Lively both get into the groove of the film’s winking tone, although neither really sells the segue into Hitchcockian murderousness.

Lively well embodies the golden, amiable alpha that the script calls for, but she does little to suggest the depths of pain and deviousness driving the enigmatic Emily. The full scope of Emily’s dysfunction just doesn’t resonate from Lively’s performance. Golding, the unsteady third leg of this emotional triangle, is not at all compelling, although he certainly is swoon-worthy eye candy. Lushly attired by costume designer Renee Ehrlich Kalfus, he and Lively look like movie stars every step of the way.

Fortunately, there are delights other than just the vicarious thrills of living and dressing like Emily and Sean. Kendrick’s suburban Nancy Drew shares a convincing onscreen rapport with her fashionable new pal that crucially relays Steph and Em’s fresh but deeply-felt friendship. Alas, their co-starring heat is nowhere near potent enough to relay real desire in the lukewarm lip-lock the ladies share at one point, but desire takes a backseat here to wit. And the supporting cast — which includes Andrew Rannells as the bitchiest gossip among the school’s catty parents, and Jean Smart as Emily’s boozy mother — provides much of the zest and color that’s missing from the mystery.

At various stages, Stephanie, Emily, and Sean all prove to be unreliable narrators of their secrets, in a move intended to stir the perplexing plot. Instead, the story plays like an outlandish tall tale being spun by a passable fibber who’s just making it up as they go along. Struggling to supply a suspenseful mystery that can live up to the build-up of twists, A Simple Favor stumbles and falls before reaching the finish line. It’s a high-revving race in circles that might amuse, and may muss your hair a bit, but won’t really take you very far.

André Hereford covers arts and entertainment for Metro Weekly. He can be reached at ahereford@metroweekly.com. Follow him on Twitter at @here4andre.
← Previous Story WATCH: Emma Stone and Rachel Weisz fight for Olivia Colman’s love in “The Favourite” trailer
Next Story → Film Review: Michael Moore’s Fahrenheit 11/9