By John Riley on September 10, 2018 @JohnAndresRiley 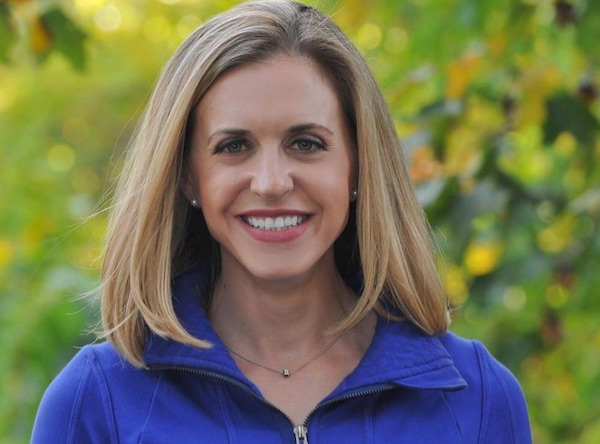 A New Hampshire congressional candidate has been accused of employing a homophobic “dog whistle” in an attack mailer she’s using against her openly gay primary opponent ahead of Tuesday’s primary.

Both the LGBTQ Victory Fund and Equality PAC have accused Democrat Maura Sullivan, a Marine veteran and former Obama administration official, of crossing the line with an attack mailer implying her opponent, Chris Pappas, a businessman and former member of the New Hampshire Executive Council, lacks “backbone.” Both organizations have endorsed Pappas for the seat.

The mailer, which was sent to residents of New Hampshire’s 1st Congressional District, says: “Does Chris Pappas have the backbone to stand up to Republicans who want to repeal Obamacare? Check his record.” 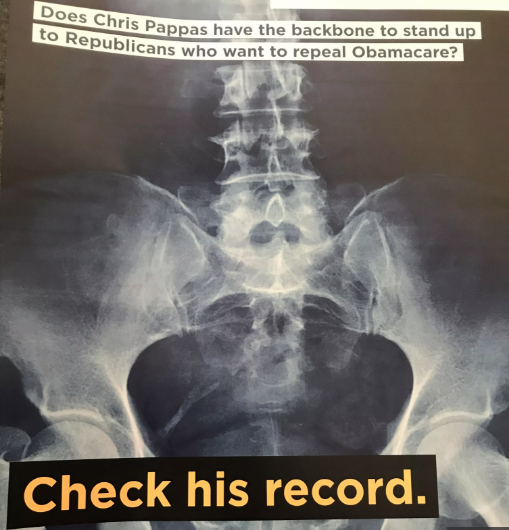 “It would be one thing if this was unique. But this is something we’ve seen time and again in campaigns, particularly campaigns against gay men, in effect calling them weak, or directly saying it, like in the case of Maura’s attack,” Roddy Flynn, the executive director of Equality PAC, told Metro Weekly. “For her to claim, ‘That’s not at all what I meant. How can you possibly infer that?’ is a little bit disingenuous. The burden is on the speaker, particularly in a Democratic primary, who is seeking to represent a diverse group of people, including LGBTQ people, to make sure what they’re saying is not going to be considered offensive.

“The thing about dog whistles is they’re subtle, but if you’ve been around long enough, you know them when you see them,” added Flynn. “She’s now backed off from that attack because she knows that many LGBTQ people, particularly gay men, see it as echoing the schoolyard taunts that a lot of us faced from bullies when we were growing up.”

“Throughout this campaign cycle, when opponents of openly gay candidates go on the attack, they nearly always appeal to the tired homophobic stereotype of gay people as weaker than others,” Sean Meloy, the political director of the LGBTQ Victory Fund, said in a statement. “Maura Sullivan now joins the ranks of candidates willing to engage in homophobic dog whistle politics for their own gain, further proving she is not the progressive in this race.

“Chris Pappas knows that progressives aim to bring diverse communities together, not divide. And Chris had the courage to be an out and proud leader when same-sex relationships were still illegal in New Hampshire and most of the nation,” Meloy added. “He fought to ensure Planned Parenthood received the funding it needed and pushed for affordable healthcare despite rabid opposition from conservatives. That takes backbone, and he will bring to Congress that same courage and fighting spirit on behalf of all New Hampshirites.”

But Sullivan’s campaign says the mailer is not homophobic, and is based on the issues, including whether Pappas is committed to ensuring health care access for all people, or whether is too closely tied to corporate interests, specifically the anti-union National Federation of Independent Businesses, which has ties to the infamous Koch Brothers, a pair of real-life Republican megadonors who frequently insert themselves into political races to back candidates who oppose regulation and favor business interests.

“Chris Pappas has been attacking Maura Sullivan for months, either directly on his website, indirectly in his TV ads, and now in direct mail,” Whitney Larsen, Sullivan’s campaign manager, said in a statement. “The fact is, Chris Pappas welcomed with open arms the endorsement of the NFIB, which is a Koch Brothers front group that wanted to repeal Obamacare. That is a fact and it should raise very serious concerns for New Hampshire Democrats, especially when Chris tries to claim he’s a progressive on health care issues.”

Larsen noted that the NRA and pro-gun groups have been attacking Sullivan for being a “gun-grabber” because she took a firm stand on gun reform measures — something that Papas has refused to do.

“Look at what the right wing is doing in this race and it tells you for sure who the real progressive with a backbone is,” said Larsen. “They aren’t attacking Chris because they know he won’t stand up when it counts. They are attacking Maura because they know a Marine never backs down from a fight.”

Larsen added that Pappas has not shied away from attacking Sullivan in his own mailers or television ads. In two separate instances, Pappas has bemoaned “big money in politics,” referring the nearly $1.8 million that Sullivan has been able to raise — most of which has come in the form of large-dollars donations, and over 90 percent of which has come from outside of New Hampshire, according to an analysis by Axios.

Rich Harrington, the openly gay political director of the New Hampshire Democratic Party, also came to Sullivan’s defense, tweeting: “I’ve largely stayed out of this contentious primary for multiple reasons, but what @VictoryFund and @MeloySM are trying to do by reframing an attack of being ‘weak’ as homophobic is wrong. Political strength shouldn’t be defended using one’s sexuality. Enough.”

I’ve largely stayed out of this contentious primary for multiple reasons, but what @VictoryFund and @MeloySM are trying to do by reframing an attack of being “weak” as homophobic is wrong. Political
strength shouldn’t be defended using one’s sexuality. Enough #nhpolitics #nh01 https://t.co/9h0JJrG0Sj

The Sullivan campaign also referred Metro Weekly to a statement by an openly gay supporter, Kyle Ridolfo, of Portsmouth, N.H. In a statement, he questioned Pappas’ acceptance of the NFIB endorsement, particularly since the NFIB has been officially denounced by the New Hampshire Democratic Party.

“Chris Pappas needs to answer for the support he welcomed from a Koch Brothers-backed organization three times — plain and simple,” Ridolfo said. “As an openly gay man and as someone who grew up in New Hampshire, it is absurd that Chris Pappas and his supporters are trying to twist this examination of Chris’s record into some sort of attack, that in no way is something I have ever associated with my sexual orientation. This is unfortunate, but I guess Chris Pappas must be desperate.”

Pappas, who has largely avoided commenting on the attack ad, told WMUR last week that he thought the attack was “beyond the pale.” He also pushed back against the charge in the mailer, saying: “As someone who grew up gay, you grow up questioning your place in the community, whether or not you’ll be accepted. You feel marginalized and you grow a strong backbone as a result.”

Pappas continued: “I’ve demonstrated that backbone during the fights I’ve taken on at the State House, whether it’s standing up for women’s health, expanding Medicaid, going toe to toe with the governor when need be. That’s the same fight that I’ll bring to Washington, D.C. … We’re proud of the campaign we’re running that’s based in the support of the people of New Hampshire, and right through the finish line, I’m going to be maintaining my backbone, my integrity, and I’m really looking forward to the result on Sept. 11.”