Colman, who stars as Queen Anne, said having sex with Emma Stone was "awfully fun" 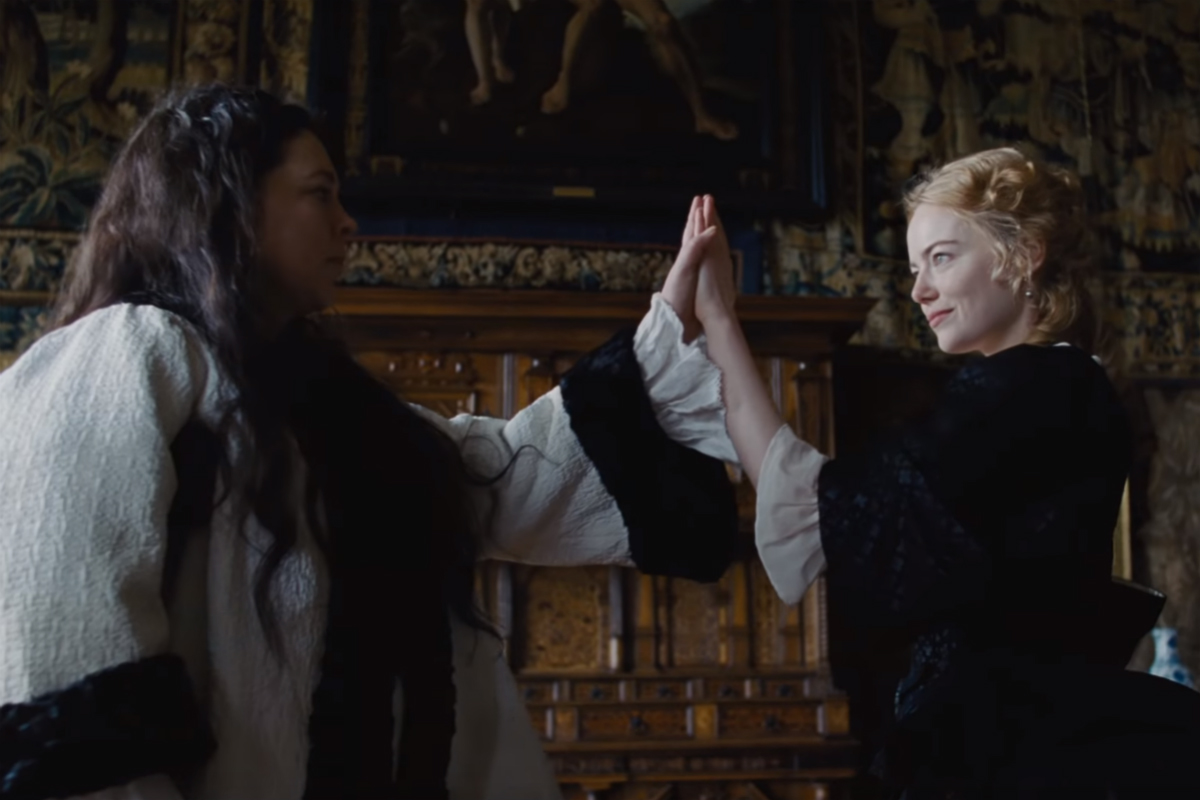 The first trailer has been released for “The Favourite,” a period romp that pits two relatives against one another as they vie for Queen Anne’s favor — and her bed.

Olivia Colman — who steps into the role of Queen Elizabeth in the upcoming third season of Netflix’s The Crown — is the queen in question, portraying the British monarch who ruled in the early 18th century.

Stone is Churchill’s younger cousin Abigail Masham, who quickly establishes a foothold in the royal household and is determined to usurp her cousin’s place at the queen’s side — an 18th century All About Eve, as it were.

The film, directed by Yorgos Lanthimos (The Lobster, The Killing of a Sacred Deer), is billed as a drama, though it has been described by Weisz as a comedy. The Favourite also marks Weisz’s second LGBTQ film of 2018 — earlier this year she starred in Disobedience opposite Rachel McAdams, which our critic described as a “compelling seduction” about two friends who reconnect in their Orthodox Jewish community.

Colman recently spoke about the film’s lesbian narrative, noting, “It’s as though we think we invented sex, but we didn’t, it’s been going on for quite a long time,” according to Reuters. She added: “And it was awfully fun having sex with Emma Stone.”

“It was really fun having sex with you too,” Stone responded.

Watch the trailer for The Favourite below — and if early reviews are anything to go by, it should make for compelling viewing when it opens November 23.