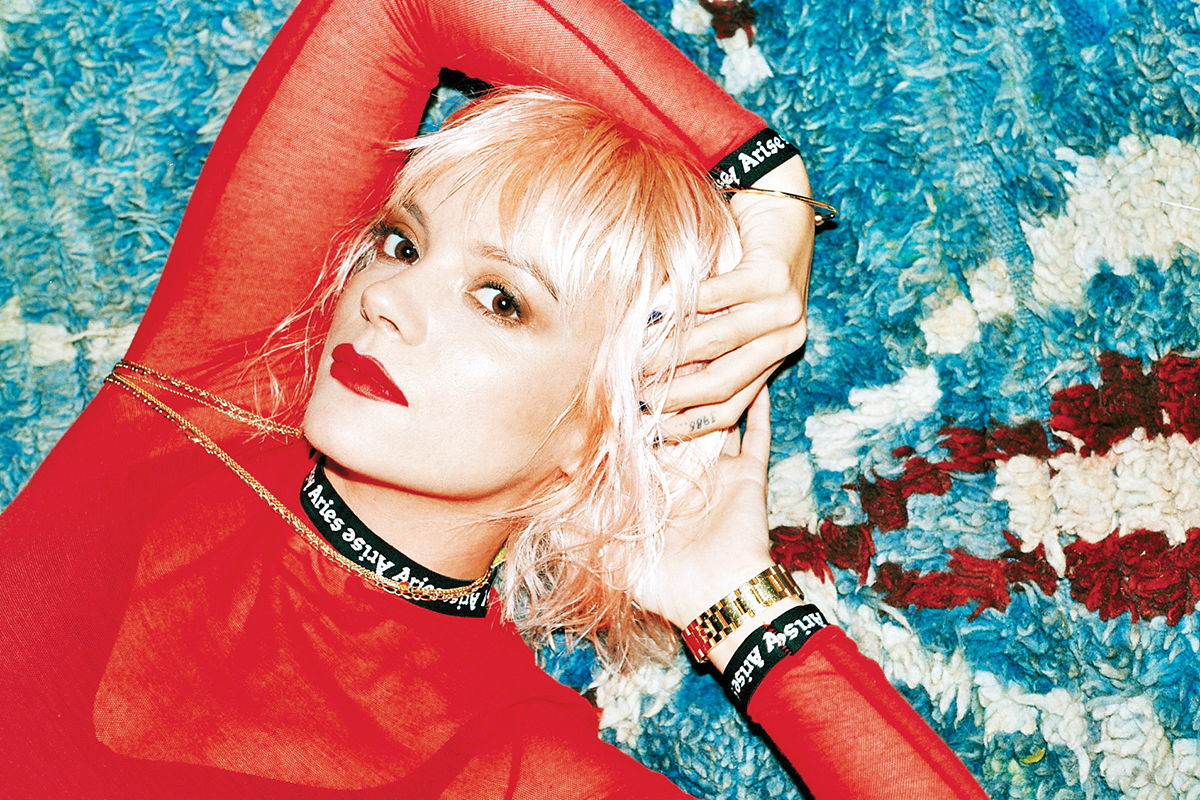 She may have jump-started her pop career 13 years ago on MySpace, but Lily Allen isn’t exactly a fan of today’s social media — at least not for advocacy or activism.

“I don’t care to talk about politics very much on there anymore,” says the British pop star says. “I think it plays into the hands of [anti-progressive politicians] rather than doing anything positive. The Internet is an incredibly corrupt place, and it’s not conducive to any cause really, bleating on about something.

“I feel like the war’s not being won on the Internet. It doesn’t seem like tweeting about things or posting things on your Instagram is really working. Donald Trump and the people that are running things around the world, they’re just like, ‘Okay, cool. You guys have a discussion about it on Facebook while we go and get on with ruining everybody’s lives.’ And that seems to be working really well for them. So I think everybody should put their phones down and take to the streets.”

Allen is currently on the road promoting her latest album No Shame, as well as memoir My Thoughts Exactly, to be published in the states in December. Her tour includes a stop at the Fillmore Silver Spring this Sunday, and will feature songs from her fourth and most personal album yet, as well as her biggest hits, including “Smile” and “No Fear.” And let’s not forget “Fuck You,” the 2009 quasi-gay anthem featuring bubbly music and barbed lyrics for homophobes everywhere.

“A lot of my mum’s and dad’s friends were gay or bisexual,” says the 33-year-old, who grew up immersed in London’s performing arts scene. “So that’s always been normal for me…. And people that look down on people for any reason should be called out — that’s always been my approach.”

“Fuck You” is better suited as a kiss-off to the current U.S. president than it was to the one who helped inspire the song, George W. Bush. “So you say, it’s not okay to be gay,” Allen sings on the song. “Well, I think you’re just evil; You’re just some racist, who can’t tie my laces; Your point of view is medieval.”

“It’s scary how you can apply that song to the majority of rich, powerful, middle-aged white men,” she says. “It kind of works for all of them.”