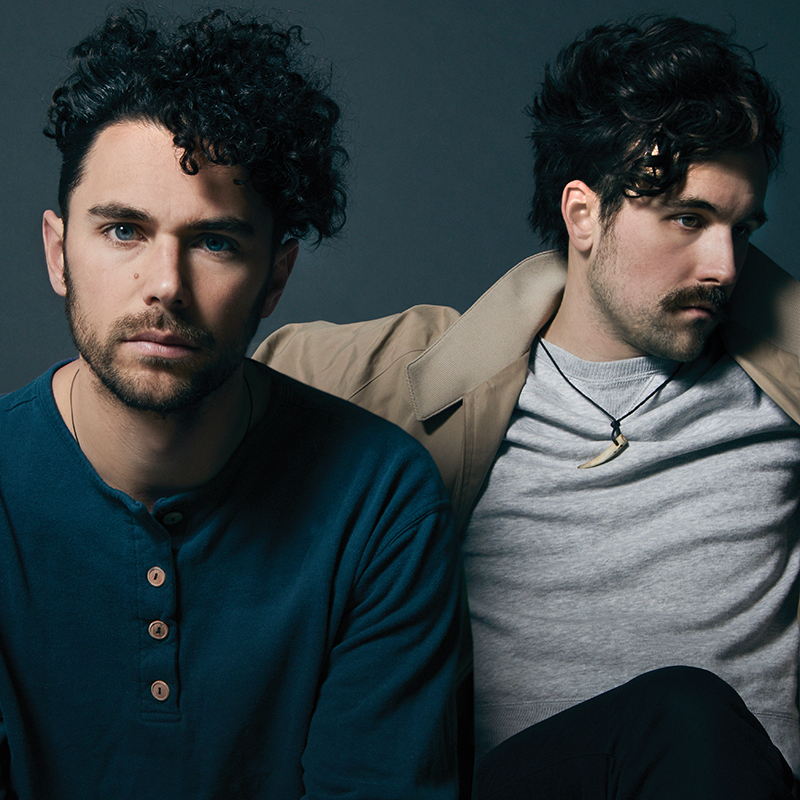 It has to be said, Tall Heights is an odd name for a band whose sound tends toward the kind of Bon Iver-adjacent indie folk that seems more suited intimate images of valleys, hollows, creek beds, and other low places that offer refuge or shelter. Comparisons to Justin Vernon have always hung over Tim Harrington and Paul Wright, who together comprise the band, and Pretty Colors for Your Actions (★★★½) won’t do much to change that.

The comparison is most apt when the vocals lean on falsetto, which they do excessively on some songs. In fact, the first track, “It’s Not Like It Was,” opens like a dead ringer for a Bon Iver track. Vernon and others use falsetto to lend songs a certain atmosphere of otherworldliness, but on this album it seems unnecessary. Harrington and Wright have been performing together long enough and have enough vocal rapport that they can and often do achieve the same effect in their natural registers. The songs that make heavy use of falsetto are not necessarily worse off for it, but when they break away from the habit, the pair sound far more distinct.

After the first track, a distinctive style becomes much more apparent. Tall Heights has long been characterized by pairing vocal harmonies with minimalist folk instrumentation, although a few tracks on their last album made good use of synths. They will still be recognizable to those who heard their first two LPs, but the sound is markedly different from Neptune. Pretty Colors features more electronic elements blended together with their characteristic guitars and strings. They have mostly nailed the ideal ratio, sacrificing none of the organic feel of their songwriting.

The album works best when these electronic elements compliment their pre-existing strengths, as they do on “House on Fire.” The horn intro that opens up this track is unexpected and a little jarring at first, but leads into one of the best songs of the album. From here, Wright and Harrington alternate between tempos and styles, sometimes in a single song and sometimes abruptly, but always organically, a quality which probably owes something to their time as buskers. Another standout track, “The Deep End,” is backed up by a thumping synth line, and makes heavier use of electronic sounds without losing that easy, free-flowing quality. While the songs are clearly meticulously crafted, there is an almost improvisational quality about them too.

If the goal was to make, as Harrington put it, a more “alive and tactile” album, they have succeeded. The duo manages to avoid both the melodrama and sense of ironic detachment that sometimes plague similar acts in their genre. “White Frost” is a stark track, full of longing, with synths that stay refreshingly minimalistic. “Red Bird” explores the experience of seeing the familiar through fresh eyes and grounds them in their home state of Massachusetts, an optimistic track that gives way to the understated yet very real sense of longing in “Gold.” The songs carry an emotional resonance that always feels authentic, never forced. 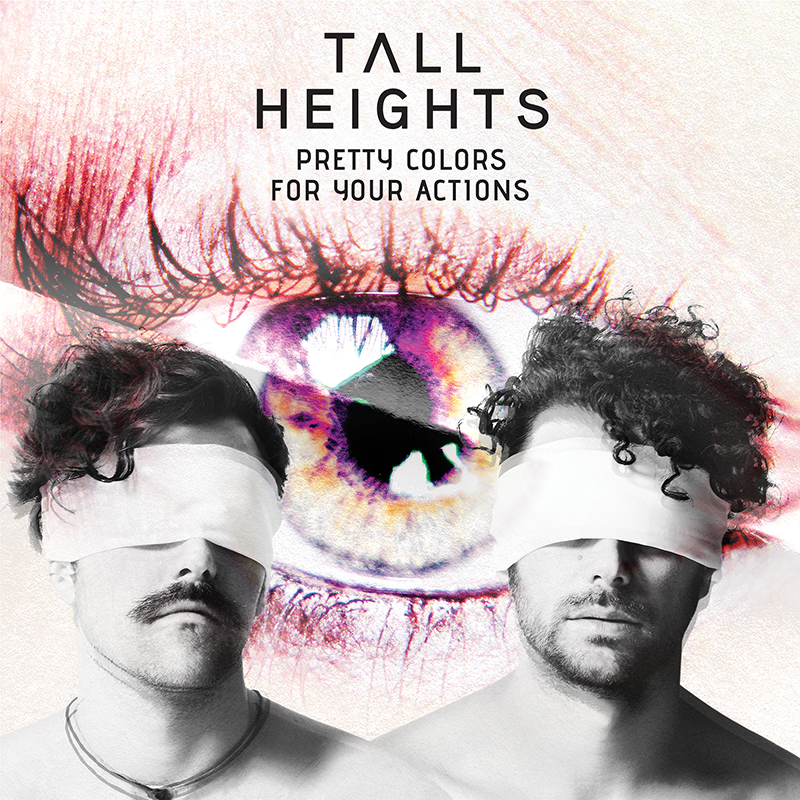 The two are in somewhat experimental territory here, and their approach does not always land perfectly. “Over Now” is a slow-paced song that is made into a bit of a slog by the buzzing drone that backs it, marking it out as the only song that really falls flat on this album. However, they find their energy again on the penultimate “Fire Escape,” a nostalgic yet joyful song propped up by warm ’80s synths. The album loses its energy a bit on “Roanoke,” but this time it seems more deliberate and works better, a slow, brooding closing track that is somehow appropriate for this album.

There is something profoundly honest in Tall Heights’ style. From the seamless harmony of their vocals to their abrupt yet seamless transitions between moods and styles, there is much about the album that hints at the duo’s start as buskers and their current relentless touring schedule. Tall Heights is one of those groups that has a sound and style best that works best in person, but at its strongest, Pretty Colors brings together the best aspects of their live act. Whatever the album’s shortcomings, it shows us a musical duo that works together in near perfect synchronization.

Pretty Colors for Your Actions is available to buy on Amazon.com and iTunes, and on streaming services.

Pretty Colors For Your Actions by Tall Heights 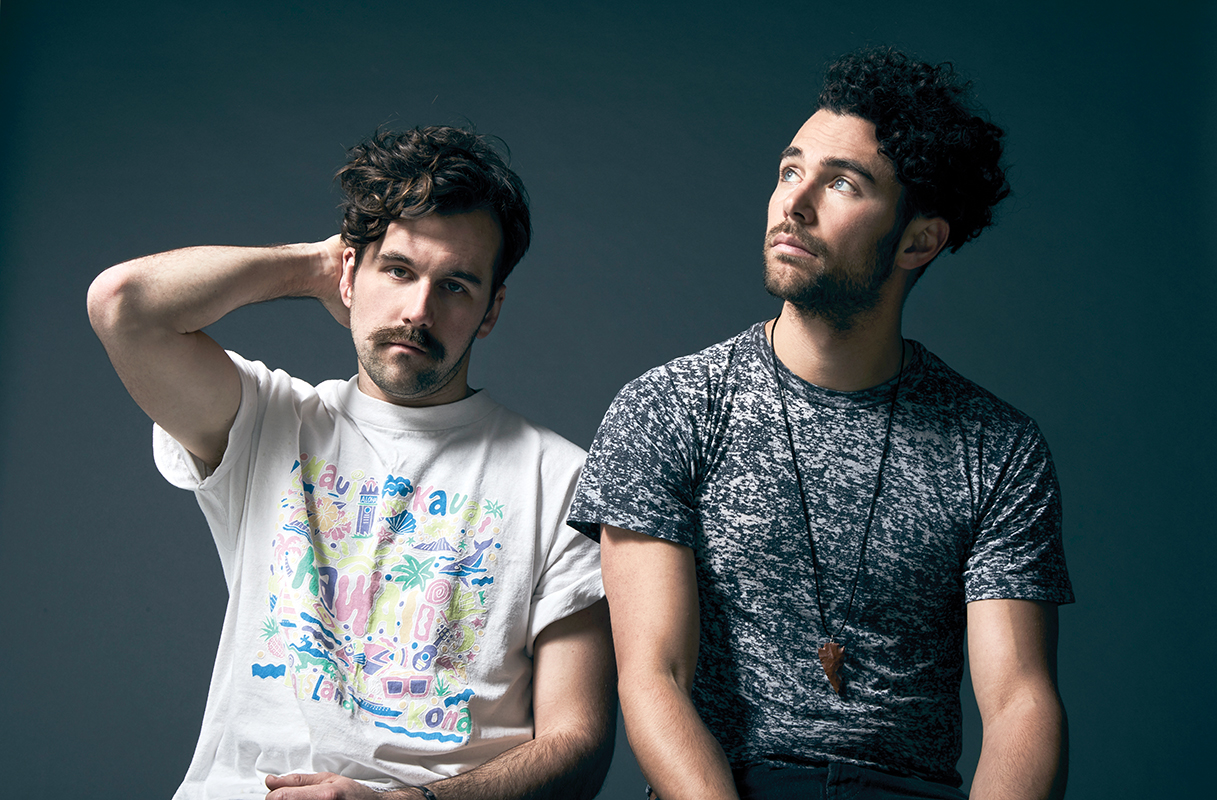 ← Previous Story Betty Who is one of several women empowering this year’s All Things Go Fall Classic
Next Story → Review: Florence + the Machine’s High as Hope tour