By John Riley on October 8, 2018 @JohnAndresRiley 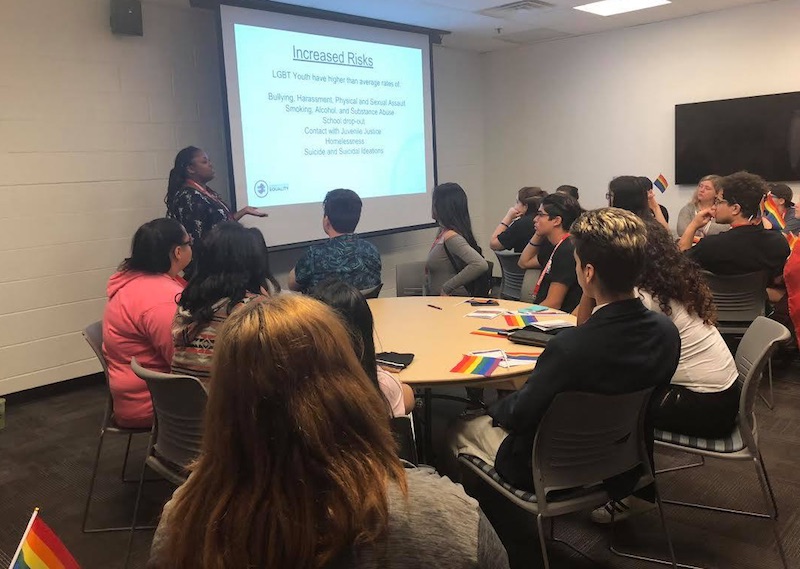 The New Jersey Department of Education says that school officials are not required to notify parents if their children come out as transgender and request to be treated according to their gender identity in school.

According to The Star-Ledger, schools were given guidance late last month on how to interpret and follow a 2017 state law that ensured transgender students would be treated according to their gender identity, including being allowed to access restrooms and locker rooms that correspond to that identity.

The guidance, which was drafted by a task force including members of state education organizations, provides examples of how schools may choose to handle other situations, such as calling transgender students by appropriate names and pronouns, what to do with names or gender markers on official school records, determining dress code standards for transgender students, and how to navigate when and if to tell parents about a student’s gender identity.

The guidance also contains an option for cisgender students who feel uncomfortable sharing facilities with transgender children, arguing that such students must be allowed to access a unisex or private facility.

The 2017 law that is the basis of the guidance was signed by former Republican Gov. Chris Christie, in an attempt to replace federal guidance that was issued by the Obama administration and rescinded by the Trump administration.

Under Christie, the state Department of Education was supposed to issue its own guidance, but never did. As a result, Gov. Phil Murphy, a Democrat, was forced to step in and clean up the confusion left behind by his predecessor.

The guidance gives individual school districts leeway on issues relating to parental notification, but the idea that parents would not be notified is sparking controversy among social conservatives and even some liberals who say that parents have a right to know about any issues their children may be facing.

“We always have believed that any discussion that affects our students should be an all-inclusive discussion,” Rose Acerra, the president of the New Jersey PTA, said in a statement. “[We] could never fully support anything that leaves the parent voice out.”

Similar concerns over the extent of parental notification have sprung up in Delaware and Ohio, where LGBTQ advocates have complained about provisions that would “out” transgender students to their parents.

In 2016, Texas lawmakers proposed a similar law that would give parents access to any school records or documents pertaining to their children. Opponents of the law said that such a law could potentially used to harm LGBTQ-identifying children if a teacher or guidance counselor were to make a written notation of a student’s sexual orientation or gender identity and include it in a student’s school file.

Conservative interest groups, such as the New Jersey Family Policy Council — which opposed the 2017 state law — have called the Murphy administration’s guidance “disturbing,” particularly as it relates to parental notification.

“Families should be involved in what’s going,” Len Deo, the group’s president told the Star-Ledger. “This is an issue, I think, that’s going to be very, very, controversial.”

Garden State Equality, the statewide LGBTQ organization, has previously praised the guidance as crucial to creating a safe school atmosphere for transgender children.

Aaron Potenza, the director of programs at Garden State Equality, said parental involvement is ideal, but may not be best for the student, especially in light of high rates of familial rejection — which can lead to high rates of self-harm and suicidal ideation.

“If a student tells you, ‘If my parents hear this, they are going to throw me out,’ then we don’t want school districts notifying parents,” he said.

But Potenza also emphasized that schools are not gagged from telling parents that their children are transgender. In cases where students and parents are at odds over a child’s gender identity, schools should provide information on family counseling and support services that they can utilize, he said.