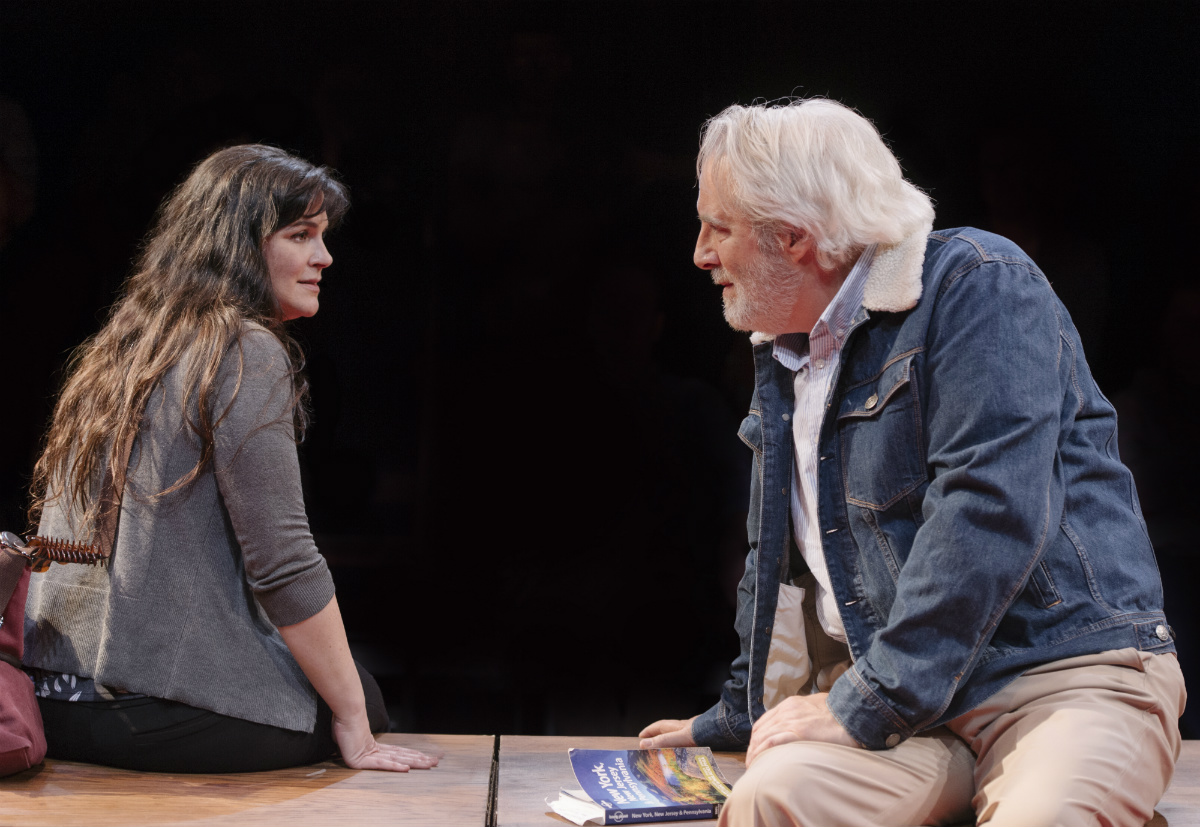 ), two strangers meet on the London Underground, or somewhere out and about in the city, and soon strike up a torrid affair. She’s Georgie Burns (Rachel Zampelli), a forty-something American working as a waitress, and he’s Alex Priest (Michael Russotto), a 75-year old Irishman and a butcher. They’re both unattached, and there’s mutual attraction, though one is tentative, and the other isn’t entirely who they claim to be.

Stephens, a Tony and Olivier Award-winner for The Curious Incident of the Dog in the Night-Time, conceives a mood of lust, promise and trepidation for Heisenberg that director Joe Calarco realizes acutely in Signature Theatre’s new staging.

Who exactly are Georgie and Alex, and where is their May-December dalliance going? She comes on especially strong, but he’s not deterred. They swap intimate details about their lives, but her stories are dissembling at best. He seems to share her interest in words and language, although he’s often a tad alarmed by her sudden, direct declarations, like “I love sex!”

Stephens invokes physicist Werner Heisenberg’s uncertainty principle of quantum mechanics as foundation for the play’s spin on the unknowability of another person’s exact plans and motivations. Two strangers meet, and what can they pin down about each other until they know each other? If that stranger misleads and lies the way it appears Georgie is prone to lying — all while a large sum of money enters the picture — then uncertainty takes on even greater risks.

A dark streak of skepticism slices through this romance, and echoes through how the audience is led to perceive the two characters — they’re familiar yet strange, this chatty American out of her element and the lonesome butcher. And even though their personal truths remain elusive, Calarco and his two-hander cast undeniably tap into compelling takes on the roles. Georgie and Alex are an odd couple, but in Zampelli and Russotto’s dynamic pairing, they feel poignantly real.

Zampelli keeps Georgie buzzing, mosquito-like, all around Alex, in his ear, under his skin. It’s easy to see how the old chap would have a hard time ignoring her, despite clear signs he might be better off walking away. When Georgie does truly let her guard down, if she does, Zampelli locates the character’s calculating nature in a genuine love. 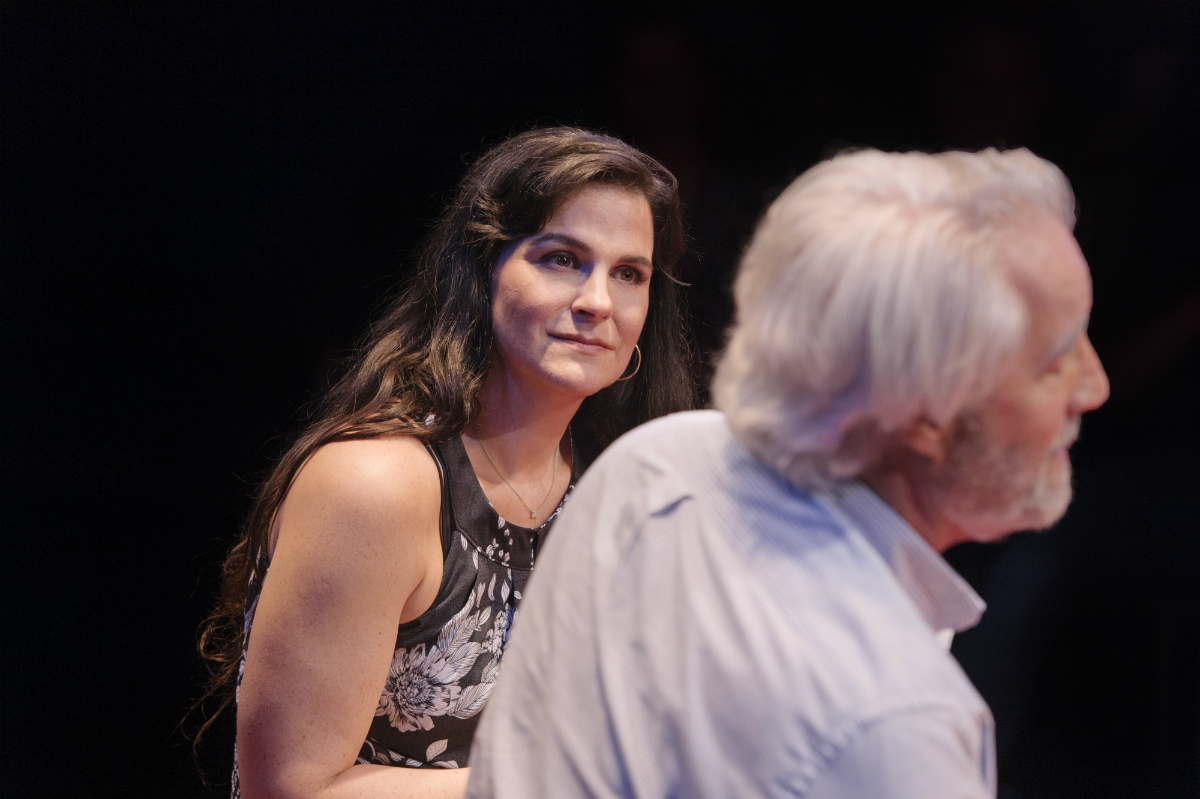 Or, it’s received as genuine by Alex, whose stout spirit Russotto underlines with a bruised optimism. Alex laments a great lost love, and beneath his hardened exterior, he’s wide-open for the sucker punch. When or if a walloping blow will come is the mystery at play here. The tension is wound tight for much of the relatively swift 90-minute running time, but eventually it slackens as the play succumbs to a few clumsy confessions.

Still, the actors stay on their toes, traversing scenic designer Pamela Weiner’s minimal but impactful platform set in a way that fills the entire space. Inside Signature’s black box, centered around a bed dressed in white sheets, or benches arranged on a bright red floor, Georgie and Alex feel connected like two trees rooted in the same ground. Andrew Cissna’s dense bank of overhead lights further defines their space, and enlarges it to include the audience in the pair’s intimate game.

And it is a game. “I’ll go,” she says — then, “Don’t go,” she tells him. There’s no telling what Georgie really wants, or where she and Alex are headed, or, for that matter, what quantum physics has to do with it. But a few conclusions to draw from all this uncertainty are that Stephens knows how to build intrigue, Zampelli seems really dialed-in with this performance, and Calarco’s production captures something distinctive in the story of two ordinary strangers.

André Hereford covers arts and entertainment for Metro Weekly. He can be reached at ahereford@metroweekly.com. Follow him on Twitter at @here4andre.
← Previous Story Theater Review: Ford’s Theatre’s “Born Yesterday”
Next Story → Theater Review: Shakespeare Theatre’s “The Comedy of Errors”