Dolph Lundgren is just killing it these days. The towering Swede nearly swipes the sentimental heart of Creed II in his return as boxer Ivan Drago, and he brings a similar world-weary gravitas to his minor role as King Nereus in DC’s visually dazzling but still disappointing superhero adventure, Aquaman (★★).

Presumably, very few Creed fans were lining up just to ride the Lundgren revival, and even fewer will head into Aquaman pining to see what Nereus thinks about uniting the disparate kingdoms of the seven seas. Yet Lundgren’s performance stands out as one of the more three-dimensional aspects of this flat hero-becoming-a-hero, quasi-origin story, directed by James Wan (The Conjuring).

The big guy in the title — half-man, half-Atlantean Arthur Curry — doesn’t have much of interest to say in his first solo screen outing since being introduced in Batman v. Superman, and outshining his teammates in last year’s dismal Justice League. Played with a glower and a smile by Game of Thrones vet Jason Momoa, Arthur narrates his own tale, which begins with the rainswept meeting of his parents, Maine lighthouse keeper Tom Curry (Temuera Morrison) and Queen of Atlantis Atlanna (Nicole Kidman). Tom finds Atlanna wounded on the rocks, nurses her to health, and they fall in love.

Their unlikely union produces Arthur, who, sadly, is separated from his mother at an early age when she’s forced to return to her kingdom beneath the sea. She leaves, in part, to keep Arthur safe from Atlanteans who’d view the biracial heir to the undersea throne as a “half-breed mongrel” marked for death.

The script, by David Leslie Johnson-McGoldrick and Will Beall, hints at a deep concern for bridging divides, but all the talk about how Arthur can bring two worlds together rings hollow since no one on the surface knows or cares about Atlantis. And quite a few humans would be thrilled to learn they actually were hybrid sea creatures capable of breathing underwater and controlling other marine life telepathically.

Despite his famous talk-to-the-animals mental abilities, this Arthur is more prone to using brute force in his adventures. Momoa certainly has the build of a bruiser who would gladly beat the pulp out of some eight-legged behemoth, and he hits the film’s preponderance of superhero poses like a champ.

But, even though he looks great fresh out of water, and his hair never doesn’t look wet, Momoa doesn’t put much weight behind the portrayal. Arthur is meant to be on a path for greatness as a regular guy who could be the ruler of Atlantis, a leader of armies. Momoa might nail the everyman end of the spectrum, with copious beer guzzling and manly hair flipping, but he doesn’t invest this dude with much regal leadership potential. Other than his sense of decency, Arthur seems no more distinguished as a future king than his main rival for the throne, his duplicitous half-brother King Orm (Patrick Wilson), the present ruler of Atlantis.

Orm is just one of many foes Arthur must battle in a lengthy succession of trials that should prove Arthur’s worth as a hero. More often, what’s on display is Arthur’s talent for getting into and out of a good brawl. And he brawls a lot. He’s swinging punches in bars, on submarines, while soaring through the air or slicing through the Hidden Sea at the earth’s core. Wan keeps the action fast-paced and front-and-center, but the CGI environments, and some of the extraordinary creatures, are so cartoonishly drawn as to seriously undermine the kinetic effect.

Worse are the cartoonishly drawn live-action characters, like Aquaman’s other featured nemesis Black Manta (Yahya Abdul-Mateen II). In his full, bug-headed scuba suit, Manta looks as badass as ever, but, in or out of his helmet, Mateen doesn’t lend much personality to the character’s weak revenge arc, or to lines like “I am a scavenger of the high seas.” It takes panache to pull off a line like that, or to turn a role like Arthur’s exposition-spouting love interest Mera (Amber Heard) into more than mere window dressing.

The strong-willed daughter of Lundgren’s King Nereus, Mera seems to exist here only to tell Arthur where he needs to go, or what he needs to do, find, or kill next. She does get in on the action, and occasionally comes to the rescue, but, again, the spark of life that might help the character leap off the screen is lacking in Heard’s spiritless turn. Brilliantly colorful in surface appearance, Mera is, like much of the movie, bereft of compelling depth. 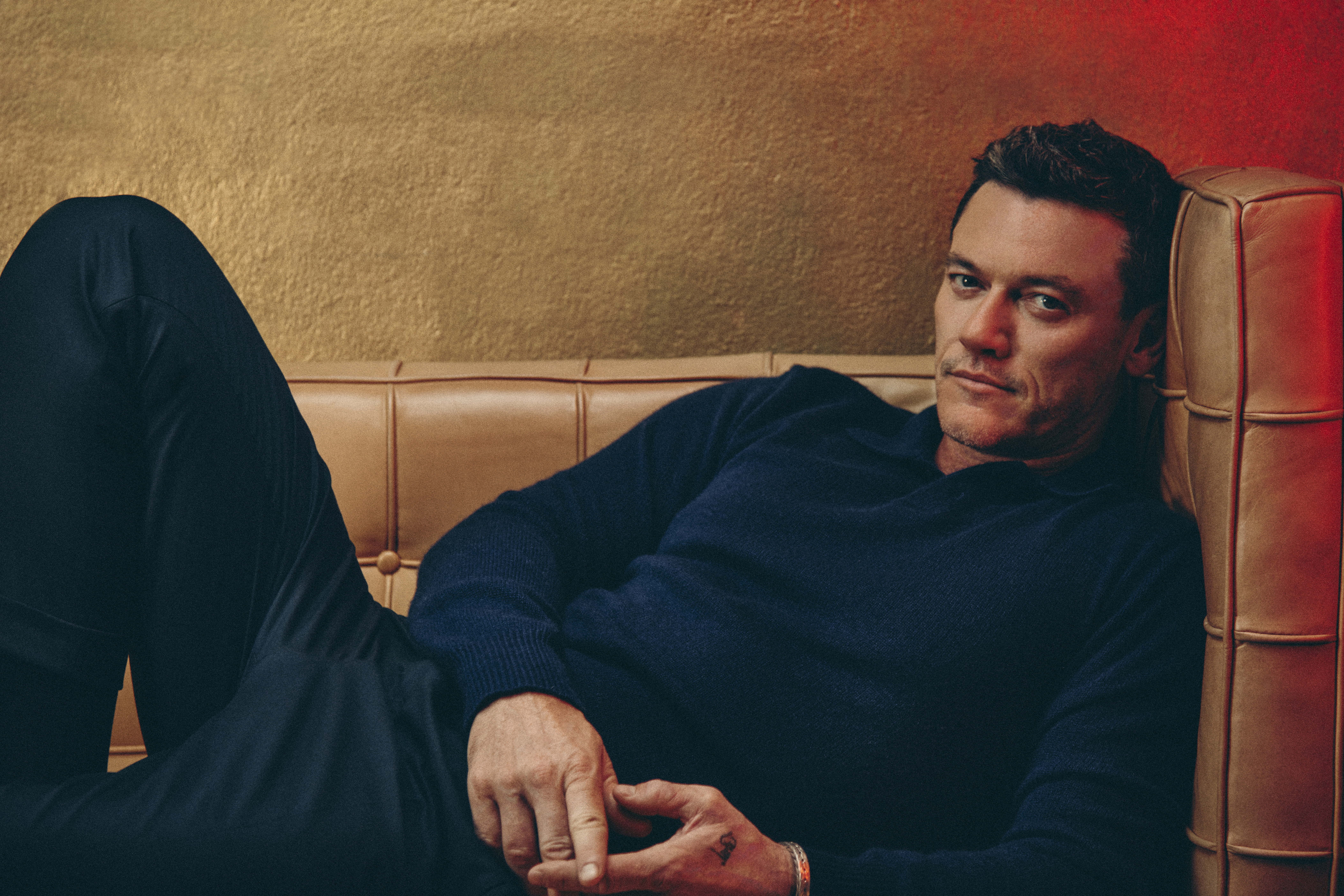 Chadwick Boseman’s talent for personifying pop culture heroes with grace and humility served him (and Marvel) well in his royal role as T’Challa, Prince of Wakanda and also the nation’s fiercest protector, Black Panther.

The star’s untimely passing -- and the fact he apparently walked with grace and humility in life as well as onscreen -- led the Marvel brain trust and Black Panther director Ryan Coogler to the suitably gracious decision to move the franchise forward without replacing Boseman as T’Challa.

So how then to follow-up Coogler’s 2018 blockbuster, the MCU’s second-highest grossing solo superhero film, and the only MCU feature so far to garner an Oscar nomination for Best Picture? 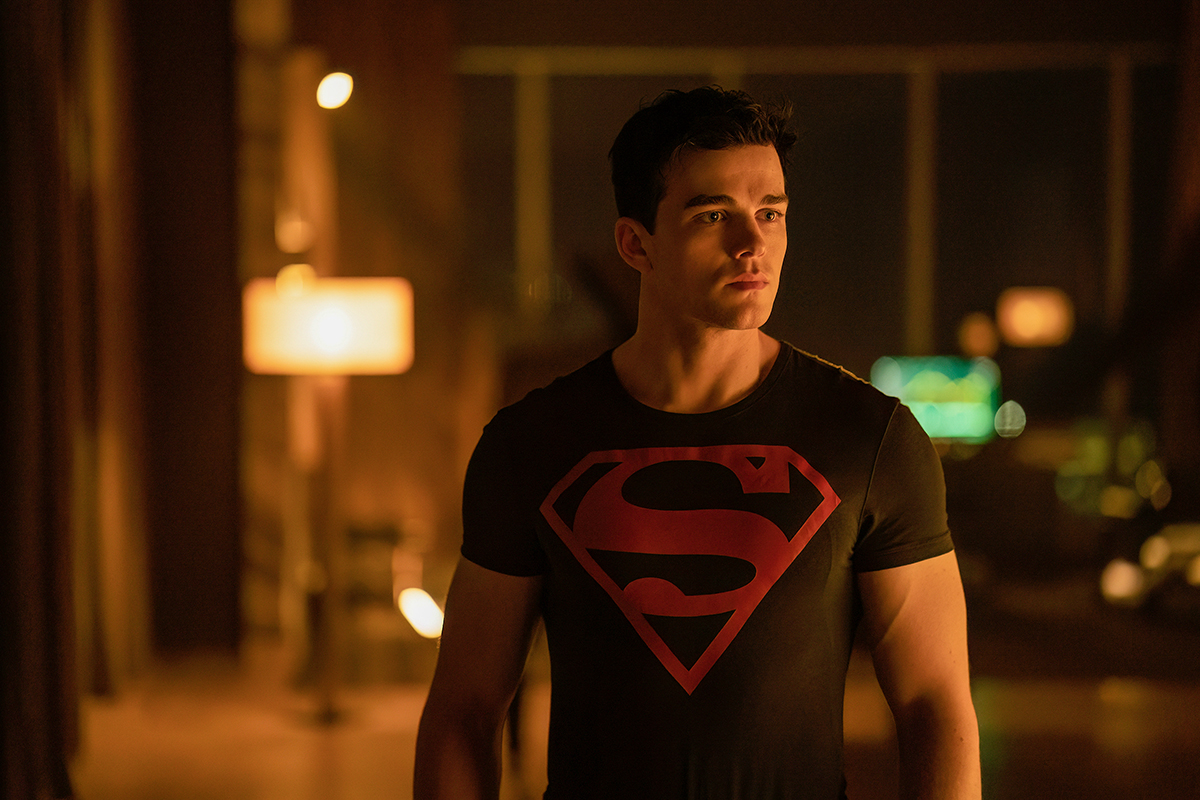 It must be hard to be a superhero product in the age of the Marvel Cinematic Universe, which has rewritten the genre and spawned an age of inter-connected tentpole blockbusters that is seemingly copied nonstop. Marvel's lessons -- and successes -- aren't concrete, despite the attempts by DC Comics to replicate it. When it comes to on-screen franchises, DC Comics still has a long way to go.

Piggybacking off the success of The CW's Arrowverse and the rise in streaming, Titans (★★★☆☆) was initially the flagship series for the ill-fated DC Universe streaming platform. After moving to HBO Max during season three, it managed to survive the Discovery and Warner Bros. merger massacre (RIP Batgirl) to make it to another season, even if the writing on the wall points to the fourth season of Titans being its last.