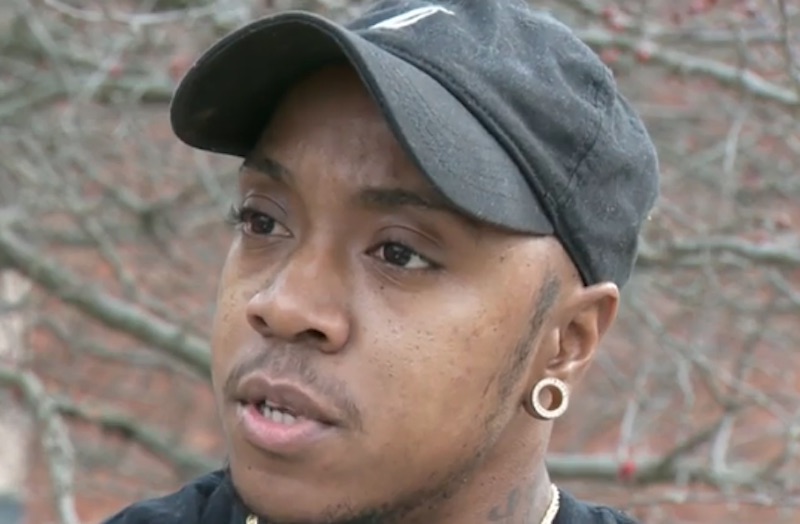 A transgender man says he was repeatedly kicked in the face, had hot coffee thrown in his eyes, and called derogatory names by a mob of seven people in Pittsburgh due to his gender identity.

Zahair Martinez, who recently moved to the city from Florida, said he was accosted by the group after going inside the 7-11 on Wood Street in downtown Pittsburgh around 10:15 a.m. on Sunday, Dec. 2.

Martinez provided Pittsburgh ABC affiliate WTAE with pictures of his injuries, which included bruises, cuts on his face, and minor burns where his skin had been scalded by the coffee.

“I was just going in there to get money from the ATM and I left out bruised up, blood everywhere, blood on my pea coat, blood on my shoes,” he told WTAE’s Marcie Cipriani.

Martinez said despite being outnumbered, nobody stepped in to help him.

“I thought somebody would come to my defense, stop it, call 911 but I’m here by myself so all I do is I go in to a defense mode to defend myself so I start fighting back,” said Martinez.

He eventually was able to escape from the store. A passerby noticed his injuries and drove him to the hospital.

Martinez moved to Pittsburgh because he had heard the city was welcoming to the transgender community. But his experience is making him consider moving back to Florida.

“I don’t want my family to have to come get my body because somebody doesn’t agree with how I live my life,” he said. “I just want people to know that you don’t have to agree with how people live life, black, white, Asian, trans, gay, but I just want to be treated like everybody else.”

The attack is one of dozens targeting the transgender community that occur each year in cities and towns across the nation. About two dozen transgender people, mostly trans women of color, are murdered in similar attacks each year in the United States.

Last week, Kelly Stough, a transgender woman, was shot to death in Detroit, while another, Regina Denise Brown, of Orangeburg, S.C., was killed after her home was set on fire.