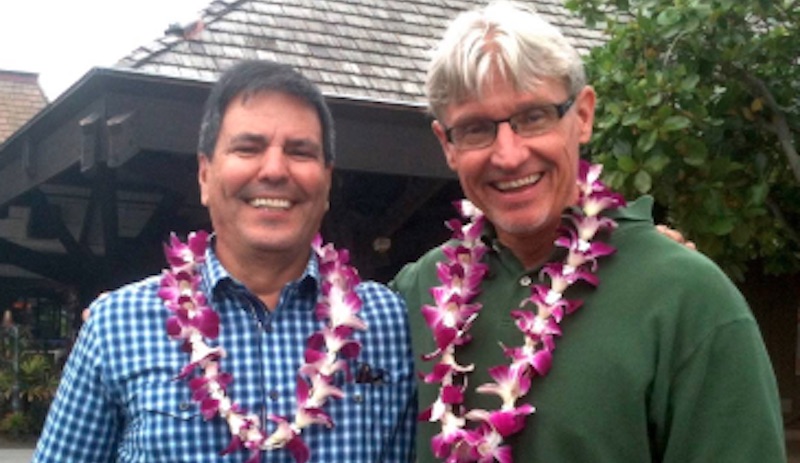 For the third time this year, Lambda Legal has sued the Social Security Administration for denying survivor benefits to an LGBTQ widower because he was not married for the requisite period of time prior to his partner’s death.

Anthony Gonzales, 63, of Albuquerque, was in a committed relationship with Mark Johnson from 1998 until Johnson’s death in 2014.

Gonzales, an employee for a local nonprofit organization, and Johnson, an elementary school teacher, were barred from marrying due to the state’s statutory ban on same-sex nuptials. In August 2013, a state court struck down the marriage ban, and they were wed the next day.

However, the Social Security Administration requires couples to be married for nine months before a spouse can qualify for survivor benefits. Unfortunately, Johnson succumbed to cancer less than six months after they had married.

The lawsuit, filed by Lambda Legal on behalf of Gonzales, argues that the Social Security Administration’s nine-month marriage requirement for eligibility for survivor benefits is unconstitutional in states where same-sex couples were barred from marrying through no fault of their own.

“I met Mark in 1998, and five months later, we moved in together,” Gonzales said in a statement. “We established a joint checking account, named each other as our beneficiaries, and cared for each other when sick — basically, all the things that committed couples do. And then New Mexico’s marriage ban was struck down.

“We were together for 15 years, and we got married as soon as humanly possible, but I’m still barred from receiving the same benefits as other widowers, even though my husband  worked hard and paid into the social security system with every paycheck,” Gonzales added. “The government tells me we weren’t married for long enough, but we literally married the first day we could. How is that fair?”

Lambda Legal previously filed suit on behalf of a lesbian widow in Washington State who was unable to marry her partner of 27 years prior to her partner’s death in 2006, due to the state’s ban on same-sex marriage.

It also filed suit on behalf of an Arizona widower, whose husband, like Johnson, died before the couple could celebrate their nine-month anniversary.

“Over the past three months, we have filed lawsuits against the Social Security Administration in three different states — Washington, Arizona and, today, New Mexico — all underscoring the ongoing harm that a number of same-sex couples continue to experience from marriage bans, despite those laws having been struck down,” Lambda Legal Counsel Peter Renn said in a statement. “Social Security’s nine-month rule serves only to continue the harms that invalid marriage bans created. It’s past time for a change.

“Same-sex couples who weren’t able to marry for most of their relationship faced discrimination throughout their lives, and now surviving spouses like Anthony face it all over again, after their loved one has died,” Renn added. “Even the Social Security Administration’s own judge urged Anthony to file in federal court so it could rectify the obvious inequality that same-sex surviving spouses like Anthony now face. These benefits are as essential to the financial security of surviving same-sex spouses in their retirement years as they are to heterosexual surviving spouses. But the government is holding their benefits hostage and imposing impossible-to-satisfy terms for their release.”

John Riley is the local news reporter for Metro Weekly. He can be reached at jriley@metroweekly.com
← Previous Story Pittsburgh man says he was attacked by 7 people because he is transgender
Next Story → FreeState Justice files brief supporting hate crime conviction of Amazon employee who attacked co-worker