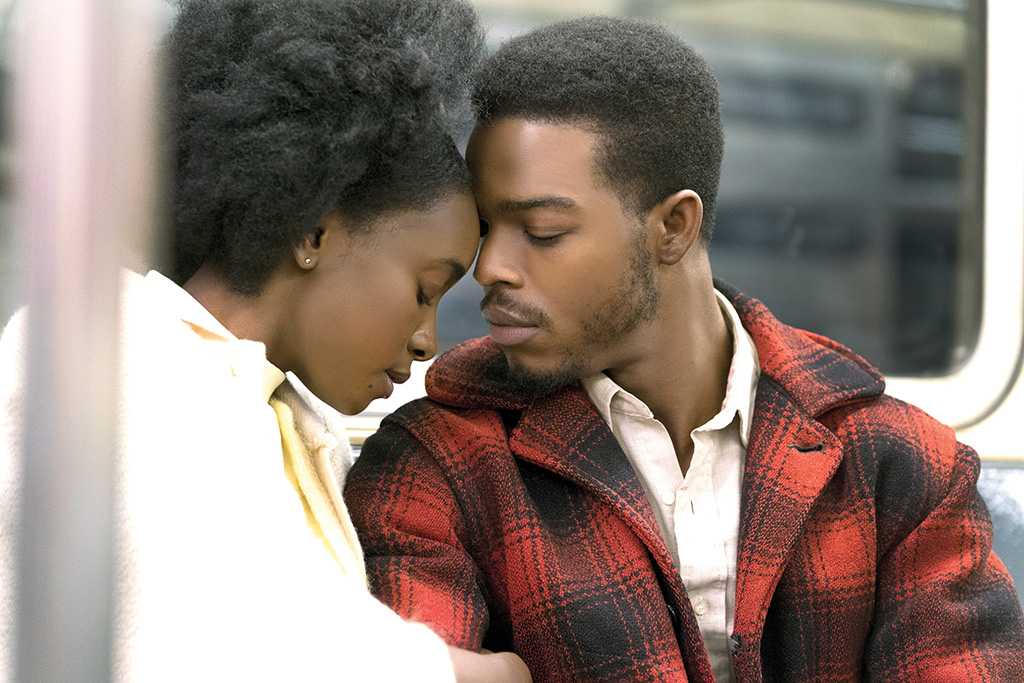 Sweeping from gorgeous closeups of a young black couple in love — 19-year old Tish Rivers (KiKi Layne) and her 22-year old fiancé Fonny Hunt (Stephan James) — up to the glowing night sky over Manhattan, If Beale Street Could Talk (★★★★) ushers us gently into the orbit of two kids with eyes only for each other and the future they’ll share. They’ve declared themselves ready to embark towards bliss, through challenges, assuredly and completely together.

Their romance might be any romance, were it not for the fact that their night full of possibility and desire was the last night they spent together. In the urgent present of their lives, Fonny sits in jail, falsely accused of raping a woman, Victoria Rogers (Emily Rios), clear across town that night.

Director Barry Jenkins has reassembled the key production team behind his Oscar-winning 2016 drama, Moonlight, to create a sublimely beautiful, bittersweet adaptation of James Baldwin’s 1974 novel. Echoing the book’s elegant tempo, the film follows Tish’s increasingly desperate efforts to see Fonny exonerated before she bears the child she learns she’s carrying. The pregnancy is a development she greets warmly, yet with the trepidation that hers and Fonny’s complicated situation has become infinitely more complicated.

As in Baldwin’s novel, the film proceeds with an uncomplicated belief in Fonny’s innocence and in the innocence of his and Tish’s romance. Just as powerful is the conviction that they deserve to fight their way through this mess to that bliss on the other side. From the warmly-lit cinematography, to the stirring score by Nicholas Britell, the movie inspires a solidarity with their union and their cause.

Who would begrudge these lovebirds the tiny bit of happiness of finding each other and a modest nest to go and start their family? That’s the question that bedevils their love story, and, in Baldwin’s sage observation, it’s the question that perpetually haunts promising, young black lives, even in the post-Civil Rights-era ’70s?

Well, here in 2019, in the era of #existingwhileblack, of BBQ Becky and Permit Patty and Cornerstore Caroline and Coupon Carl, and black folks getting harassed or arrested just for being or Airbnb-ing, or getting shot and killed for sitting inside their own apartments, the question has taken on a treacherous new expression. The meaning remains the same, though, as Jenkins captures brilliantly in his screenplay and direction.

Perhaps the filmmaker’s masterstroke is in the casting. Layne is a wonder of strength and fragility as Tish, while James supplies moving currents of passion, whether Fonny’s in his element as a sculptor in his studio, or devastatingly close to losing it while languishing in jail. In roles that might have come off too idealized or cute, Layne and James bring to the screen a charged connection that keeps the characters grounded, and should keep audiences in their corner. 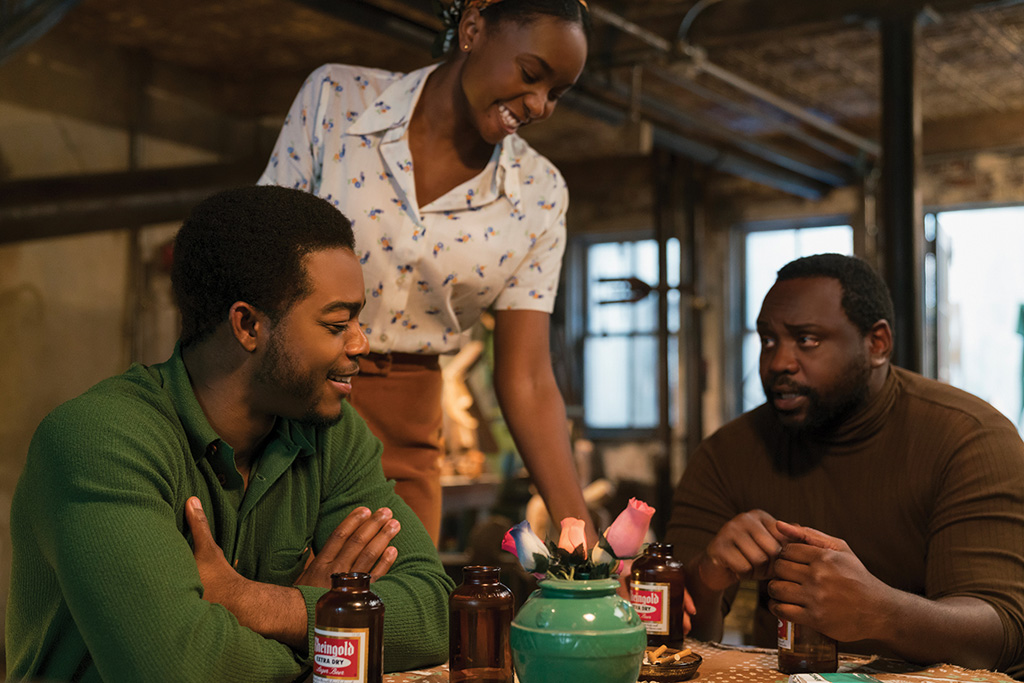 Already squarely in the couple’s corner are Tish’s loving, working-class parents, Sharon and Joseph, played to perfection by the estimable Regina King and Colman Domingo. For the sake of their family, and for justice, Sharon and Joseph, along with Tish’s big sis Ernestine (Teyonah Parris), are prepared to take whatever steps necessary to mount a strong legal defense for Fonny. But they won’t take any foolishness from Fonny’s sanctimonious mother (well-played by Aunjanue Ellis) or sisters Adrienne (Ebony Obsidian) and Sheila (Dominique Thorne), who don’t approve of this couple in the first place.

The film, laced with Tish’s sincere yet sharply funny narration, assembles the two families for a single scene that’s wonderfully torn between warm conviviality and icy insults. Baldwin didn’t, and Jenkins doesn’t, shy away from a well-timed laugh, even under these dire circumstances.

The two families’ evening together still ends on a serious note, but with an alliance formed between Tish’s folks and Fonny’s dad (Michael Beach). Their collective efforts, which involve hiring young white attorney Hayward (Finn Wittrock) to defend Fonny, evoke generations of struggle and community, of overcoming by standing together, marching forward, and refusing to be limited only to the intractably small space that oppression would allow. Tish and Fonny deserve their space in the world like any two lovers, or any two New Yorkers, like any two people just innocently going about their lives.

If Beale Street Could Talk is rated R, and is now playing at Landmark’s E Street and Bethesda Row Cinemas. Visit landmarktheatres.com/washington-d-c.

André Hereford covers arts and entertainment for Metro Weekly. He can be reached at ahereford@metroweekly.com. Follow him on Twitter at @here4andre.
← Previous Story Year In Review: The 10 Best Films of 2018
Next Story → Film Review: Vice