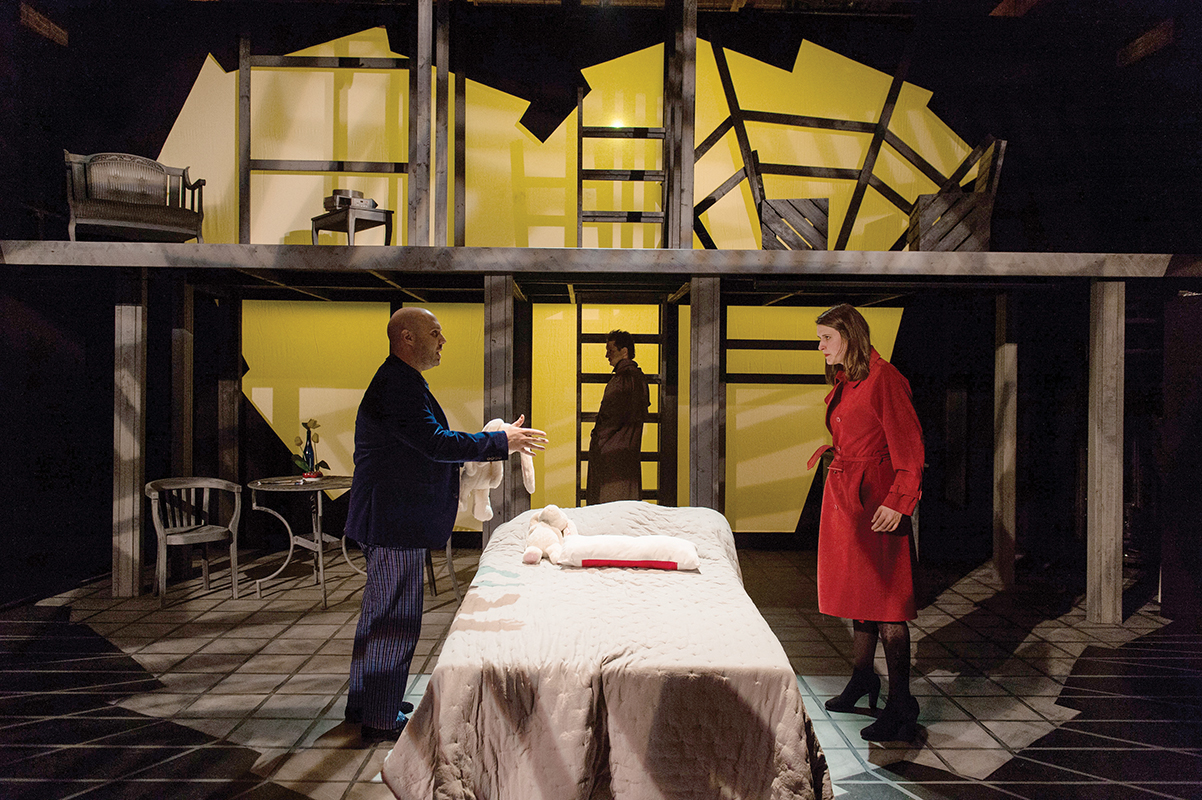 Rhea, Keegan Theatre’s artistic director, is nice and blunt in her assessment of the Pulitzer Prize-winning playwright, particularly in light of her recent work staging The Baltimore Waltz.

Vogel, a native of the area, first came to national prominence in 1992 with the play, which incorporates comedy, farce, fantasy, drama, suspense, and tragedy. (Along with nods to the play’s namesake dance.) Vogel developed the play to commemorate her brother Carl, shortly after his death from AIDS-related complications at Baltimore’s Johns Hopkins Hospital.

“She wrote it for and about, and as a love letter to, her brother,” Rhea says. “This was her way [of dealing with] the grief and the experience. [While] it’s 100-percent autobiographical…the story is not told in a traditional way. So it’s not realism.”

Vogel has embellished certain real-life aspects, or even imagined what might have been had the close siblings had more time together. Vogel also alters reality by having the sister be the one stricken with a newly recognized terminal illness — the farcical Acquired Toilet Disease.

The rapid and somewhat mysterious spread of ATD engenders rampant paranoia, blame, and prejudice — “a pointed comment about when AIDS first came onto the scene,” says Rhea — and gay men like Carl became society’s biggest bogeymen.

Another twist on reality is a trip the siblings take to Europe — where Anna “goes on a sex rampage” that puts the promiscuous gay stereotype to shame. There’s also a “pretty vicious indictment of how governments…handled the AIDS crisis. She’s kind of jabbing away at a number of things, but it’s done in a satirical and comical way.”

Rhea calls The Baltimore Waltz “multi-layered and complicated,” yet also “a remarkable and stunning piece of theater.” She’s long wanted to direct the show, but waited until she felt the company “had the infrastructure and the right people and the right cast” in place to successfully pull it off. She hopes audiences will give it a chance. “Keegan tends to do more traditional, direct storytelling, so it’s a little bit out of our normal wheelhouse,” she concedes.

“People are either going to walk out and go, ‘I have no idea what just happened,’ or they’re going to love it. I think it’s one of those kinds of plays that it works on a bunch of levels. My hope is that people, even if it’s a couple of days later, go, ‘Oh!’ They start connecting some of the dots.”

The Baltimore Waltz runs to Feb. 9, at Keegan Theatre, 1742 Church St. NW. Tickets are $40 to $50. Call 202-265-3767 or visit www.keegantheatre.com. The performance on Saturday, Feb. 2, at 8 p.m., is a benefit for Whitman-Walker Health and will be followed by a RealTalk DC presentation featuring spoken word artists Mary Bowman and Dwayne Lawson-Brown.