By John Riley on January 23, 2019 @JohnAndresRiley 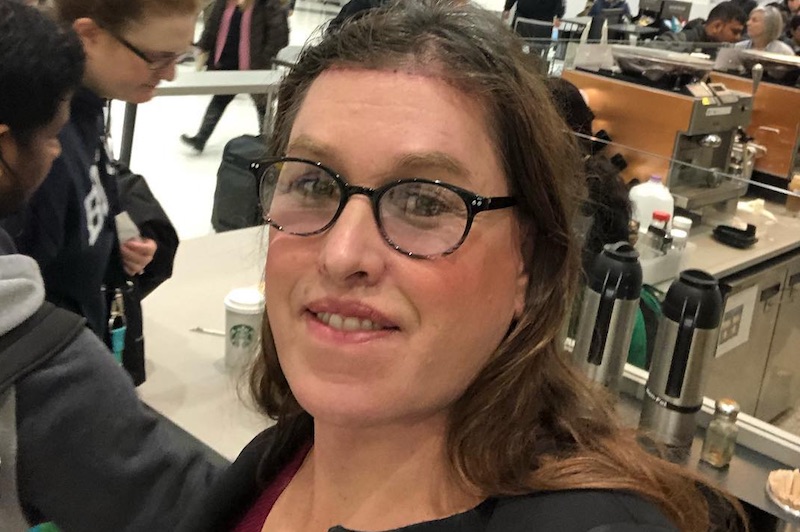 Beck took to Twitter on Tuesday following the U.S. Supreme Court’s decision to lift federal injunctions preventing the Trump administration from implementing the so-called “Mattis Plan,” under which the Armed Forces would begin discharging any transgender military personnel who have either transitioned or have been diagnosed with gender dysphoria.

The president and his administration have previously argued that the presence of transgender individuals in the military is detrimental to unit cohesion and hampers military readiness due to the special accommodations they require.

As such, in the Pentagon’s eyes, they cannot easily be deployed across the globe at a moment’s notice, and pose too large a risk to military “lethality and effectiveness” to be allowed to continue serving.

.@realDonaldTrump @VP @gop idea transgender effects “Lethality and effectiveness” which is total BULL SHIT.@us_navyseals yes, ME, #KristinBeck is more lethal than 87% of the @USMC @SCOTUS is wrong.

Trump initially floated the idea of a broad-based ban on all transgender service members, regardless of individual circumstances or ability to serve, in July 2017.

In February 2018, then-Secretary of Defense Jim Mattis developed a policy under which a few transgender people could remain in the military, so long as they have not been diagnosed with gender dysphoria, do not pursue gender confirmation surgery, and present as their assigned sex at birth for the duration of their service.

Critics of the Trump administration have previously slammed Trump, and specifically Mattis and Pentagon brass, for relying on “flawed scientific and medical assertions” surrounding transgender health care in developing the policy.

They also note that the military has not experienced any problems in accommodating transgender soldiers ever since the ban on transgender service was lifted under the Obama administration, with all five military Chiefs of Staff testifying before Congress that the presence of transgender individuals has not harmed unit cohesion or hampered military readiness.

Speaking to Business Insider, Beck, who deployed 13 times and earned both a Bronze Star and a Purple Heart over the course of her 20-year military career, pushed back on the Trump administration’s purported justifications for a transgender ban.

Beck also spoke to the gossip site TMZ, again blasting the Trump administration for its attempts to forcibly discharge transgender people, especially at a time of war when the military has struggled to recruit people in recent years.

“They say that transgender people are not as lethal as other people? Well, I was a Navy SEAL for 20 years, and I think I did a pretty good job,” she said in a videotaped statement. “I know of someone right now who’s an Apache helicopter pilot, and she’s pretty darn lethal, and she’s very effective. She’s actually one of the people who train all of the other pilots coming in…

See also: Supreme Court allows Trump administration to carry out transgender military ban, even though it could be ruled unconstitutional