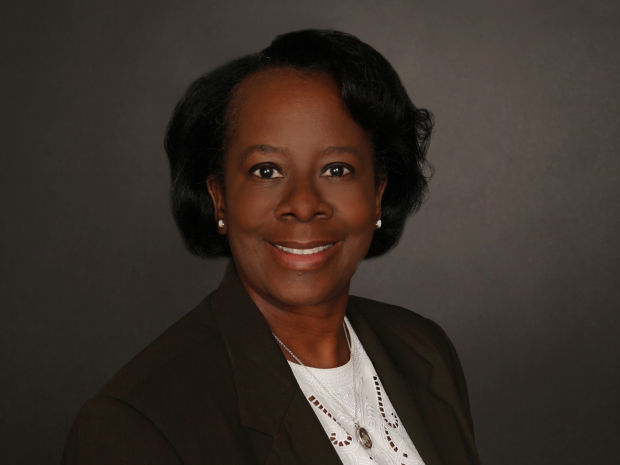 A formal complaint has been filed against a Wyoming Senator after she allegedly compared homosexuality to bestiality and pedophilia during a meeting with LGBTQ youth.

During the event at the state legislature, students from GSAs across Wyoming meet with members of the state government and judiciary, and participate in meetings focused on civic engagement and state government, Gay Star News reports.

In a letter to Senate President Drew Perkins, Wyoming Equality alleges that students from Central High School in Cheyenne sent a note to Hutchings asking to meet with her and discuss HB 230, a bill that would protect people against workplace discrimination based on their sexuality or gender identity.

Hutchings reportedly came out to meet the students, and said she wasn’t familiar with the language of the bill.

Wyoming Equality said that the students asked Hutchings for her support due to the protections enshrined in the bill, and Hutchings responded by comparing sexuality with bestiality and pedophilia.

The students apparently tried to clarify the bill, but Hutchings repeatedly interrupted them.

After the conversation ended, the students and their teacher “quickly removed themselves” from the meeting location, “composed themselves,” and then made Wyoming Equality aware of the situation.

Wyoming Equality condemned Hutchings’ alleged actions, saying the students should not have been confronted with such comments.

“It is our understanding that while the state legislature’s anti-harassment policy mentions no protected classes, including sexual orientation and gender identity, Senator Hutchings behavior was unacceptable and inexcusable,” they wrote. “Fourteen- and fifteen-year old high school students wishing to engage with the legislative process should not have been confronted with the comments made by Senator Hutchings.

“Those students, some of which identify as LGBTQ, were deeply hurt and disturbed that they were compared to acts of beastiality and pedophilia,” the organization continued. “The students’ sentiment was exacerbated especially after Senator Hutchings hypothetically recounted the idea of sexually engaging with children then physically engaged with the students.”

Wyoming Equality said that they are “horrified” at the claims, and said Hutchings’ behavior was ” unacceptable and inappropriate of an adult and elected official.”

In a statement to WyoFile, Hutchings said the story wasn’t true and that she had received “death threats” as a result of reporting, calling the response “vicious” and “life threatening.”

In an official statement on Tuesday, Hutchings said her comments about bestiality and pedophilia were intended to “highlight the vagueness and subjectivity of the term ‘sexual orientation’ and how it can be defined in so many ways.”

Calling the situation “unfortunate,” Hutchings added: “I now recognize, that my attempts at meaningful dialogue on this specific issue did not come across as I intended. I believe I treated these students kindly. I want to make it clear that my conversation was not intended to demean these students. I at no time compared homosexuality with bestiality or pedophilia. That never happened.”

Hutchings continued: “However, those same individuals demanding an apology, respect, and tolerance have assaulted me with racial slurs, character assassination, profanity and threats. It is unfortunate that this behavior has arisen as the result of a fabricated and one-sided story.”

However, the letter’s allegations led to a wave of criticism against Hutchings, including Cheyenne Mayor Marian orr, who said youth “deserve better.”

“Her remarks were not appropriate for any audience, but that she said this to children is especially revolting. It shows a clear lack of good judgment,” said Wyoming Democratic Party Chairman Joe Barbuto said in a statement. “Senate District 5 deserves a senator who they can trust to behave and speak in a manner that upholds the dignity of the office and reflects an understanding that every person deserves to be treated with respect. Lynn Hutchings is now incapable of providing that level of representation. She must resign immediately.”

““In Wyoming, we believe in respect, civility and compassion,” they said. “Here in the Wyoming Legislature, it is no different. We take the concerns raised on behalf of these students very seriously. Absolutely no one should be made to feel dismissed, disrespected or degraded.

“Let us be clear, the message from the Wyoming Senate is this – all Wyoming citizens are welcome here. We want to hear from you. We need to hear from you. We are blessed to have a citizen Legislature in Wyoming, and that means the voices of every single person should be heard and considered.”

The GOP leaders said they will continue to investigate the claims against Hutchings, adding: “Both Senator Hutchings and these students deserve fair consideration and respect as we work to address this matter.”