Hameer Alkotait's co-defendant, Andrew Czarnecki, was sentenced to life in prison for the murder of Gambino Rodriguez 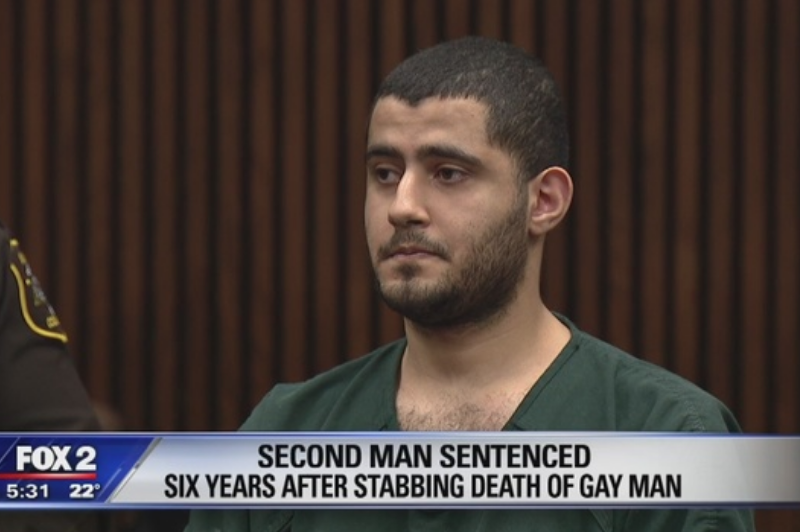 Last week, a man could serve up to 20 years in prison for the murder and burning of a gay man in southwest Detroit in 2013, reports the Detroit News.

Hameer Alkotait accepted a plea deal on a charge of second-degree murder in the death of Gabino Rodriguez. In exchange for accepting the deal, Judge Michael Hathaway sentenced Alkotait to 18-20 years in prison.

Alkotait’s co-defendant, Andrew Czarnecki, was sentenced to life in prison without parole last December after a jury found him guilty of murdering Rodriguez.

Prosecutors claimed at trial that Alkotait and Czarnecki intentionally targeted Rodriguez for robbery because he was gay. During the robbery, they severely beat and strangled Gambino, later burning his body to try and destroy the evidence, reports Fox 2 Detroit.

The cases were prosecuted by Jaimie Powell Horowitz of the Fair Michigan Justice Project, a collaboration between the Wayne County Prosecutor’s Office and the Fair Michigan Foundation that works to solve crimes committed against members of the LGBTQ community.

“The cold-case murder convictions resulted from Detective Kevin Wight and the Detroit Police Department’s tenacious investigation of this brutal crime, and Special Prosecutor Jaimie Powell Horowitz’s determined prosecutions,” Fair Michigan President Alanna Maguire said in a statement. “We are grateful for their efforts, and we are committed to continue the fight for justice for the LGBTQ community in Wayne County.”

The Fair Michigan Justice Project is currently prosecuting a case that made national headlines involving a Michigan pastor who is accused of shooting a transgender woman and waiting more than an hour until calling police to report the incident.

John Riley is the local news reporter for Metro Weekly. He can be reached at jriley@metroweekly.com
← Previous Story Democrats shoot down anti-transgender amendments to Violence Against Women Act
Next Story → Syracuse man on trial for murder of transgender woman serves as his own lawyer