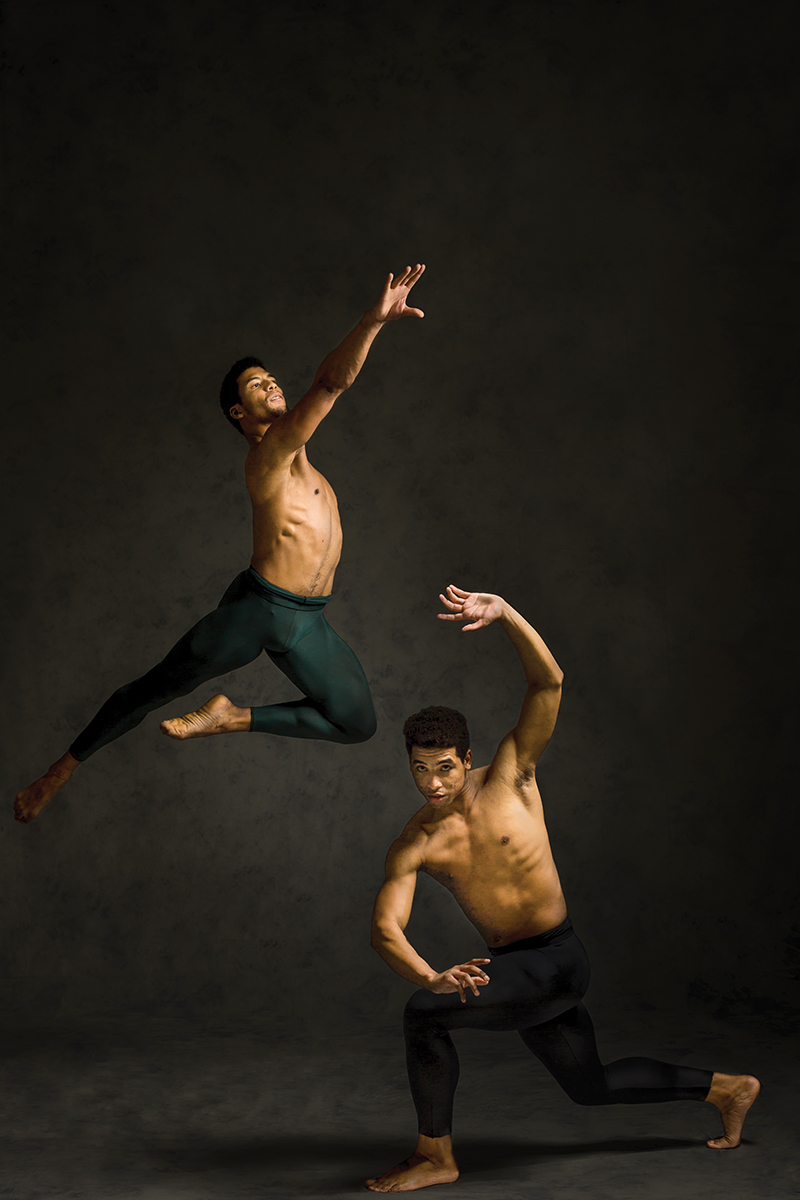 Reaffirming the organization’s commitment to the creative process and original masterworks that define the future of the genre, the Washington Ballet presents its annual program of exclusively commissioned works by emerging and globally acclaimed choreographers. This year’s program features three never-before-seen works, including Wood Work, a story ballet exploring the relationships of a small Nordic village community by American Ballet Theatre star Ethan Stiefel that is set to music by the Danish String Quartet, which will be performed live, and Shadow Lands by former San Francisco Ballet soloist Dana Genshaft, set to Omnivorous Furniture by Mason Bates, a work that showcases ballet technique and plays with angles, momentum, and abstract movement to show that when broken pieces come together, the whole is better and stronger than when apart. The most anticipated piece is Teeming Waltzes by renowned choreographer Trey McIntyre, touted as taking Strauss’ waltz music to another level, a piece that uses ball pits, bubbles, and other geometric shapes that come from a circle “to show that a shape can break a line in another way.” Performances begin Tuesday, April 3. Runs through Sunday, April 7. Sidney Harman Hall, Harman Center for the Arts, 610 F St. NW. Tickets are $25 to $100. Call 202-362-3606 or visit www.washingtonballet.org. 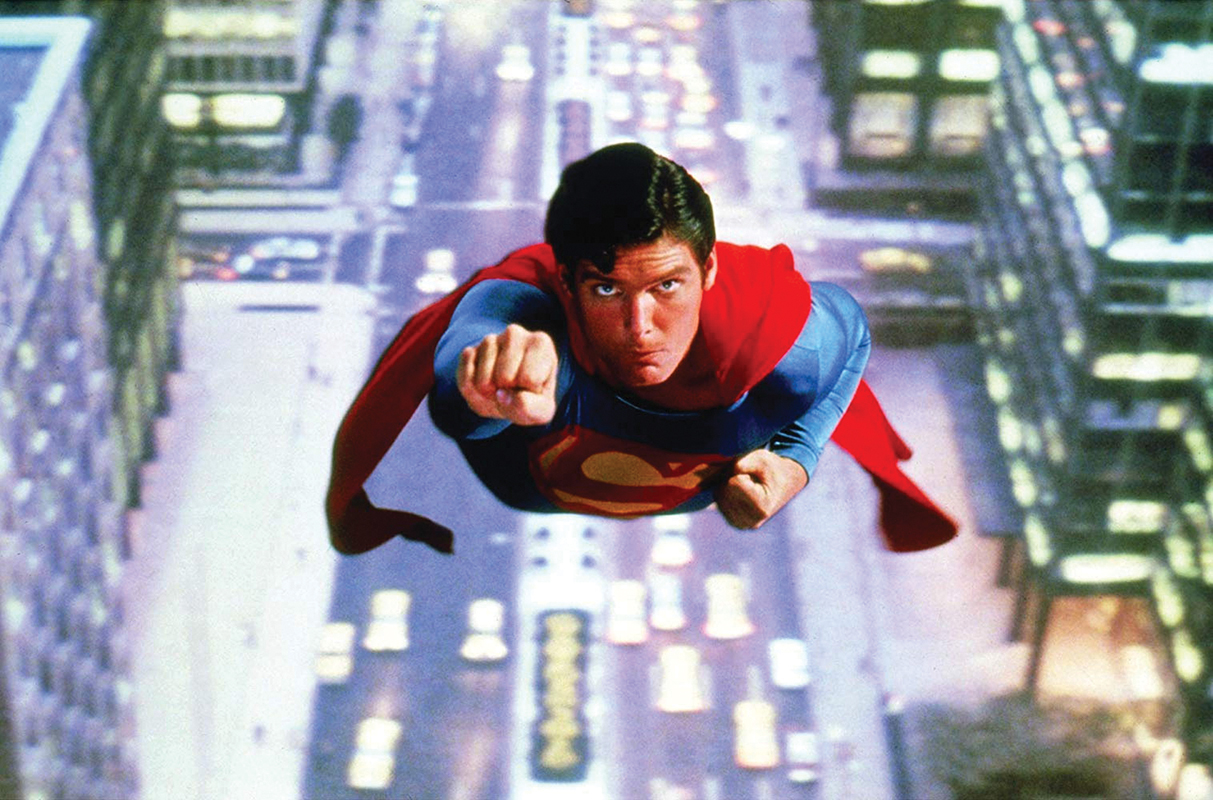 It’s hard to believe that it’s already been four decades since we first watched a man fly. In 1978, Richard Donner’s film ushered in a new genre of movie, one in which superheroes convincingly leapt, in a single bound, from the comic book pages to super-epic cinema. Superman: The Movie lumbers a bit (the sequel was more action-packed), but it benefits from a gorgeously stoic title performance by Christopher Reeve and Gene Hackman’s scene-munching Lex Luthor. The special effects were breathtaking, and the nightflight between Superman and Lois Lane (Margot Kidder) is pure magic, and punctuated by a jaw-dropping scene on a balcony. The score by John Williams is nothing short of profound, and oh, those swooping opening credits. With Marlon Brando, Valerie Perrine, Glenn Ford, and Ned Beatty. The classic returns to the big screen as part of the Capital Classics series at Landmark’s West End Cinema. Wednesday, April 3, at 1:30, 4:30, and 7:30 p.m. 2301 M St. NW. Happy hour from 4 to 6:30 p.m. Tickets are $12.50. Call 202-534-1907 or visit www.landmarktheatres.com. 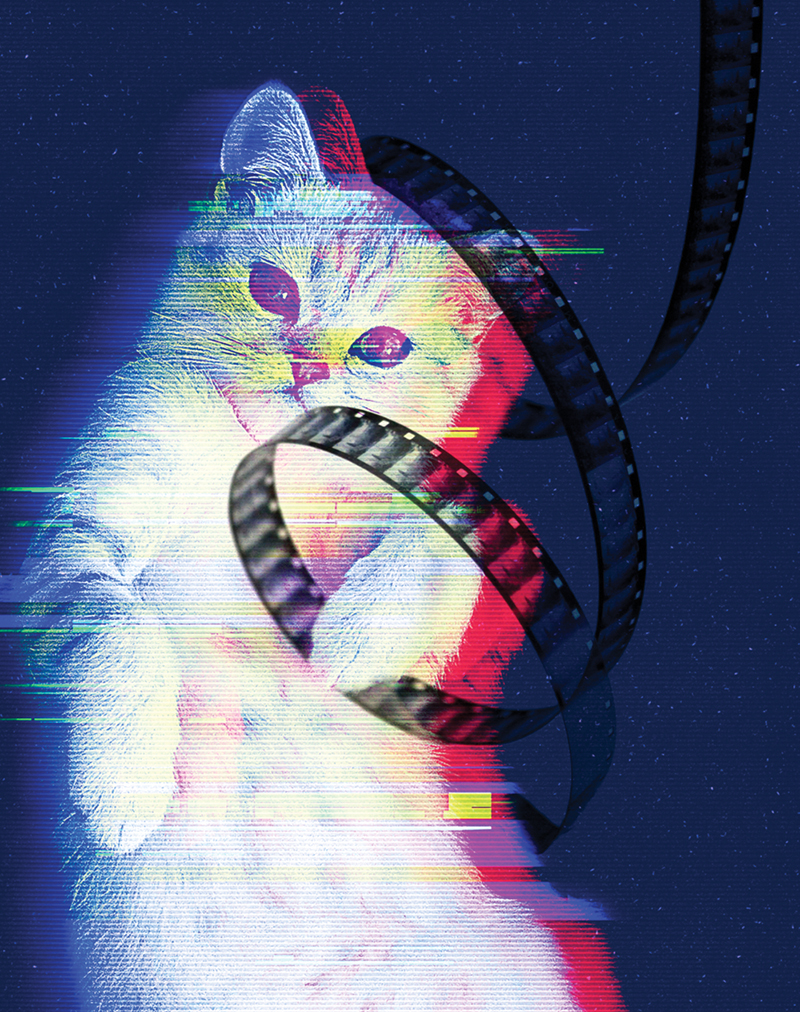 Seattle-based filmmaker Will Braden (Le Chat Noir) has assembled an all-new, 70-minute program that’s a fancy feast for cat lovers, chock-full of cat videos both popular as well as new and undiscovered. CatVideoFest, a compilation of shorts culled from hours of unique submissions and sourced animations, music videos, and Internet classics, is styled as a communal experience where feline fanatics can bond over cute cat cinema and learn more about cats in need in D.C. and beyond. Friday, March 29, at 7:45 p.m., and Saturday, March 30, and Sunday, March 31, at 11 a.m. 8633 Colesville Road, Silver Spring. Tickets are $13 general admission. Call 301-495-6720 or visit www.afi.com/Silver. 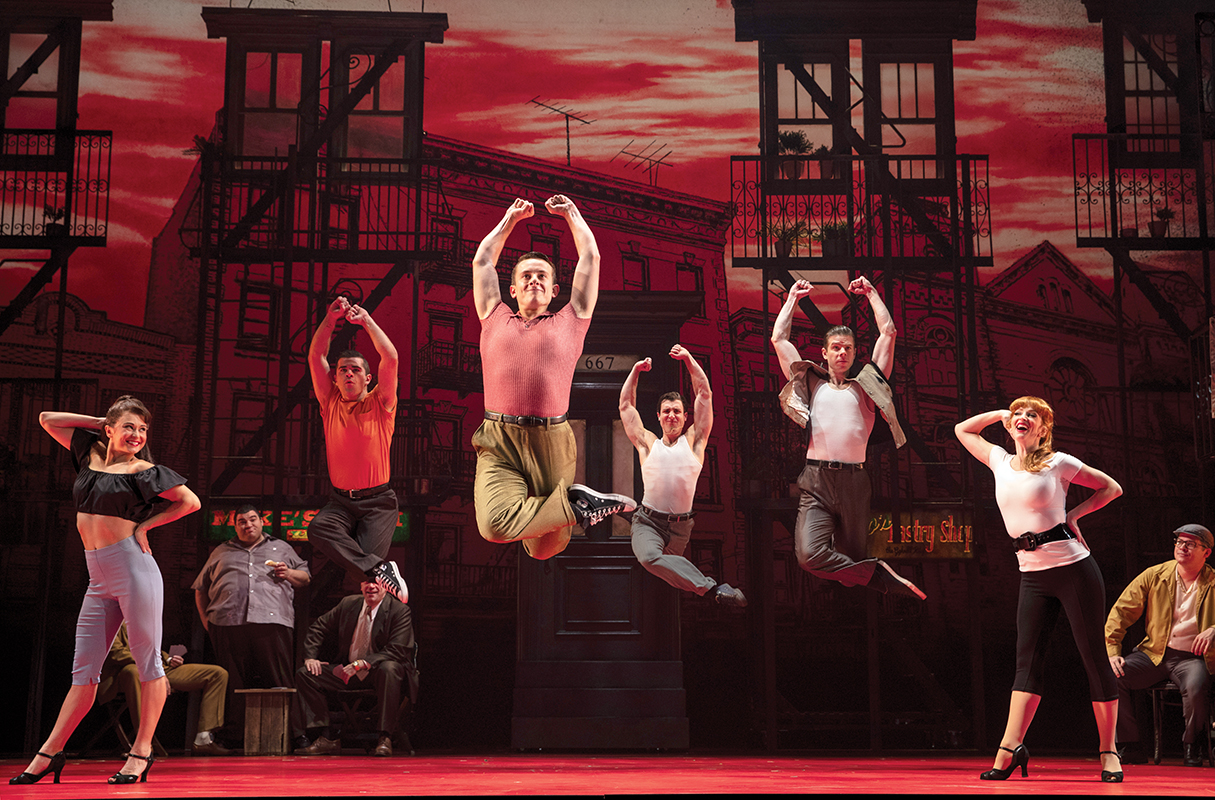 The streetwise Broadway musical directed by Robert De Niro and Jerry Zaks and based on Chazz Palminteri’s one-man show, this crowd-pleaser set in 1960s New York bursts with high-energy dance numbers and original doo-wop songs by composer Alan Menken (Beauty and the Beast) and lyricist Glenn Slater. A Bronx Tale focuses on a young man caught between the father he loves and the mob boss he’d love to be. Now to March 31. National Theatre, 1321 Pennsylvania Ave. NW. Call 202-628-6161 or visit www.thenationaldc.org. 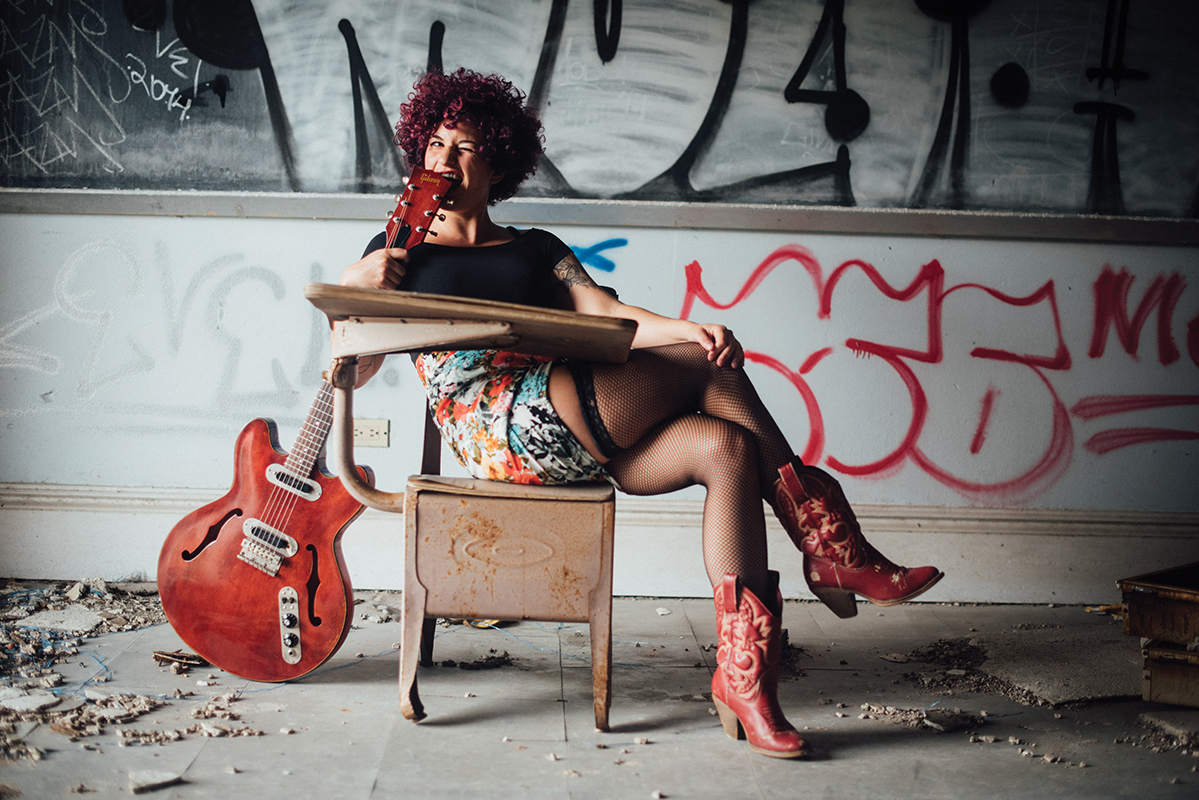 A feminist, socialist cabaret artist who composes her own smart, catchy, genre-defying music tours in support of strong new set Buck Up, the title track of which Rolling Stone Country has called “a bright, John Prine-worthy folk song about maintaining a bright disposition in dark times.” With natural appeal to Americana/folk fans, the New Orleans-based artist’s music is very much steeped in the American Songbook, making her worth seeking out for anyone with a penchant for jazz and pop and progressive politics. Wednesday, April 4, at 7:30 p.m. The Hamilton, 600 14th St. NW. Tickets are $13 to $33. Call 202-787-1000 or visit www.thehamiltondc.com. 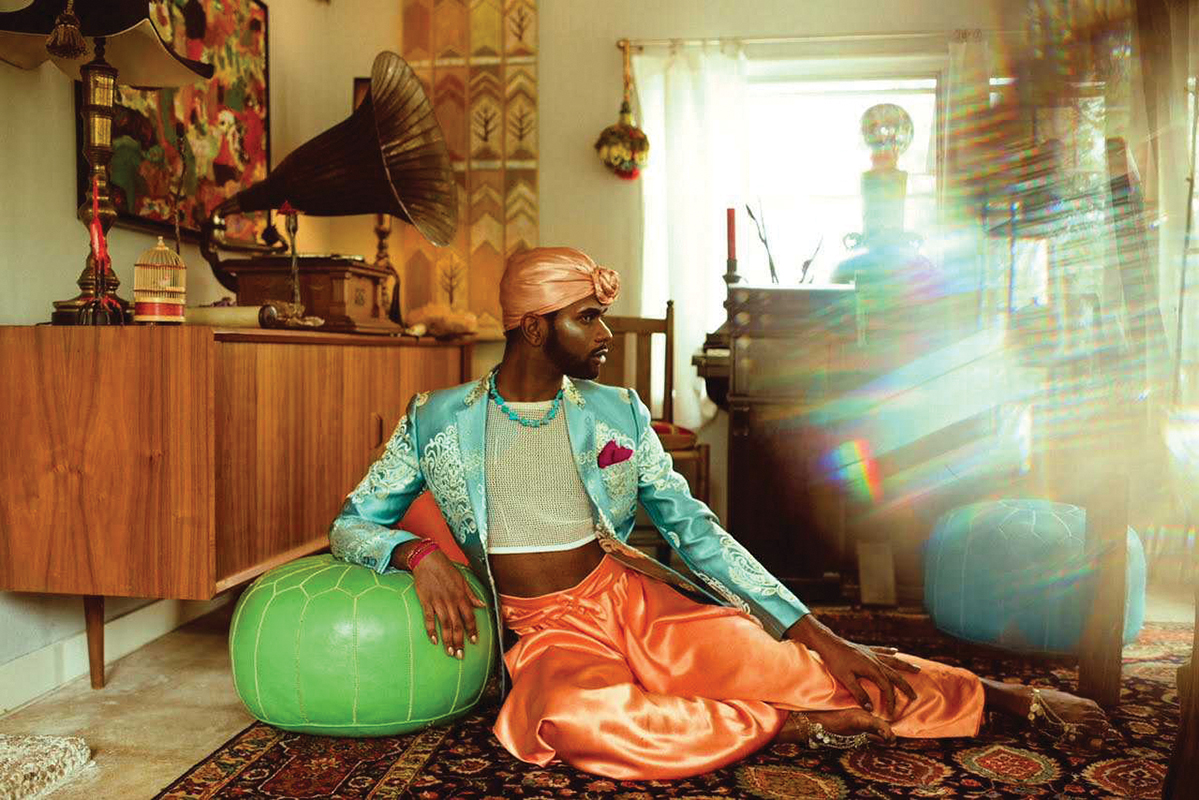 An out, young New York-based hip-hop/soul artist, Hoard earned a Grammy in 2017 for his work as part of the songwriting team behind Chance The Rapper’s “No Problem.” The Kennedy Center, through its “Direct Current” contemporary culture series as well as its free Millennium Stage programming, presents Hoard in a performance of protest and freedom songs, from spirituals to modern pop songs, that celebrate the shared experiences of those in the struggle for LGBTQ and racial equality. Thursday, April 4, at 6 p.m. Call 202-467-4600 or visit www.kennedy-center.org. 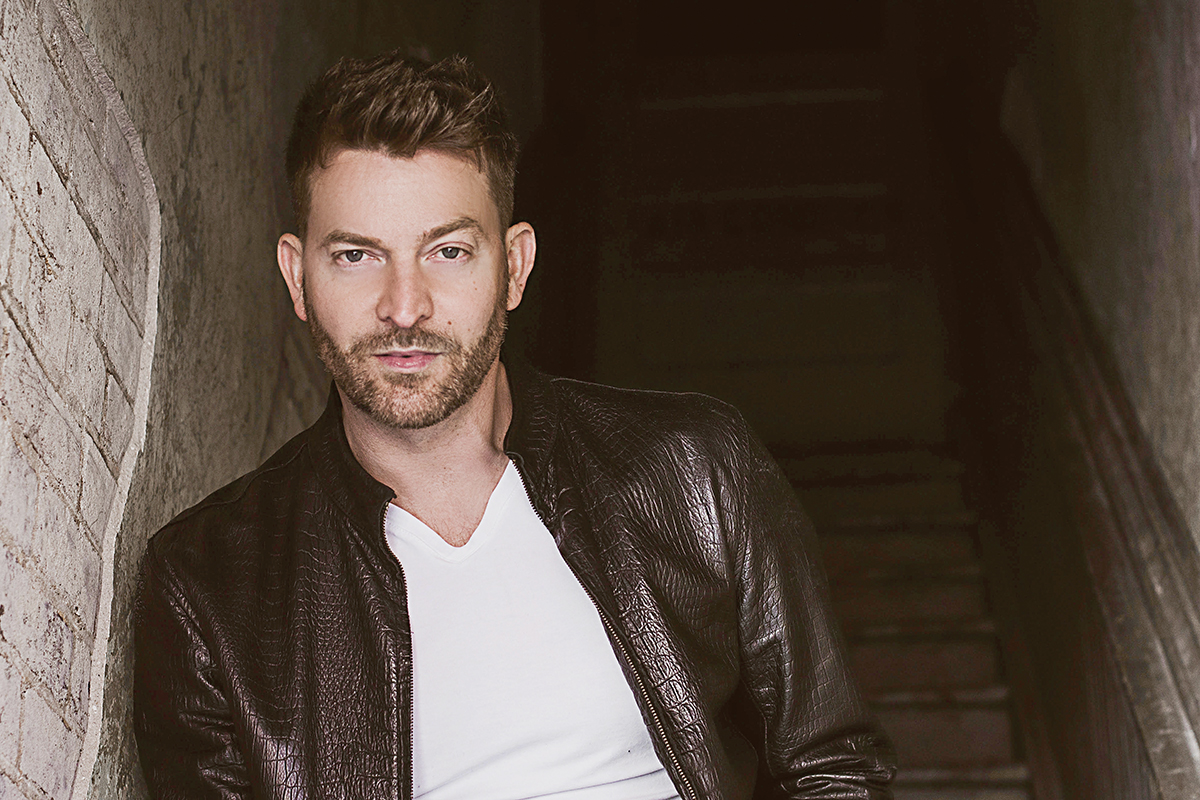 The gay singer-songwriter and Tony-winning actor (Million Dollar Quartet) reteams with one of his powerhouse co-stars from Smokey Joe’s Cafe when the show ran at Arena Stage in 2014. The Helen Hayes Award-winning Nova Payton (Signature’s Hairspray) will join Kreis to perform the rock and R&B tunes written by Jerry Leiber and Mike Stoller as featured in that jukebox musical (“Stand By Me” and “Hound Dog,” to name but two), as well as others from his solo career, including 2018’s set Liberated. Wednesday, April 3, at 8 p.m. City Winery DC, 1350 Okie St. NE. Tickets are $20 to $30. Call 202-250-2531 or visit www.citywinery.com. 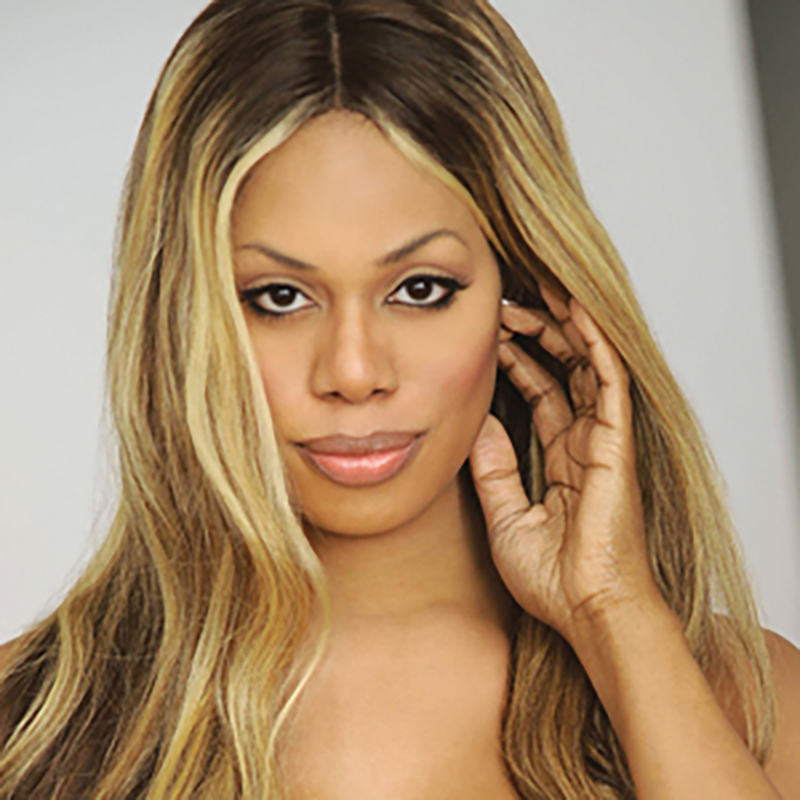 The Weinberg Center for the Arts up in Frederick, Maryland, presents an engagement with the Emmy-nominated transgender actress and Emmy-winning producer from Orange is the New Black. The first trans woman of color to have a leading role on a mainstream scripted TV show, Cox’s list of firsts continues to grow as she spreads her empowering message of moving beyond gender expectations to live more authentically. Wednesday, April 3, at 7:30 p.m. 20 W. Patrick St., Maryland. Tickets are $35 to $55. Call 301-600-2828 or visit www.weinbergcenter.org. 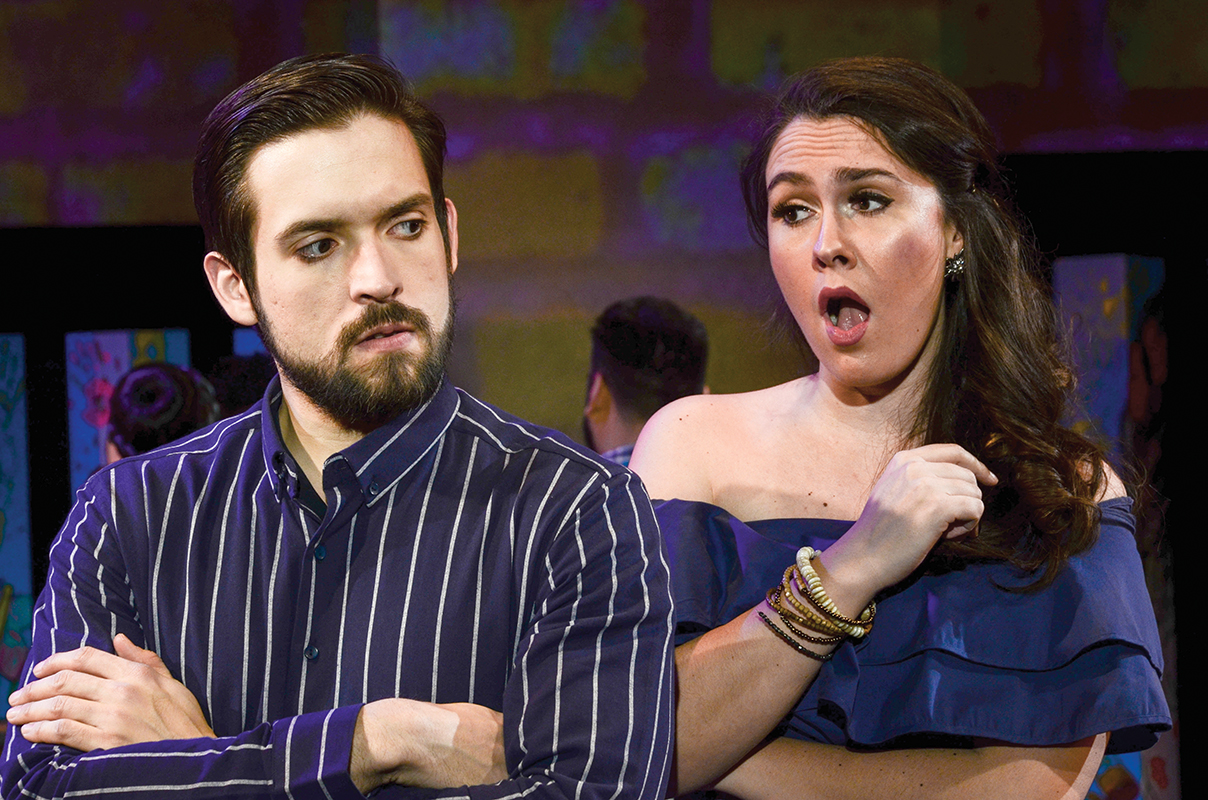 THE IN SERIES: LA PALOMA-AT THE WALL

“La Verbena de la Paloma,” the most famous and beloved Spanish zarzuela, is given new life in a bold reimagining presented by the In Series and set on the Tijuana side of the border between Mexico and the U.S. Nick Olcott directs a work from writer Anna Deeny Morales and composer Ulises Eliseo (based on classic melodies of zarzuela composers, foremost among them Tomás Bretón y Hernández), with Mexican folk dance choreography by Alejandro Gongora, performed by Corazon Folklorico DC, an ensemble inspired by Mexican son jarocho music. To March 31. GALA Theatre at Tivoli Square, 3333 14th St. NW. Tickets are $20 to $45. Call 202-234-7174 or visit www.inseries.org. 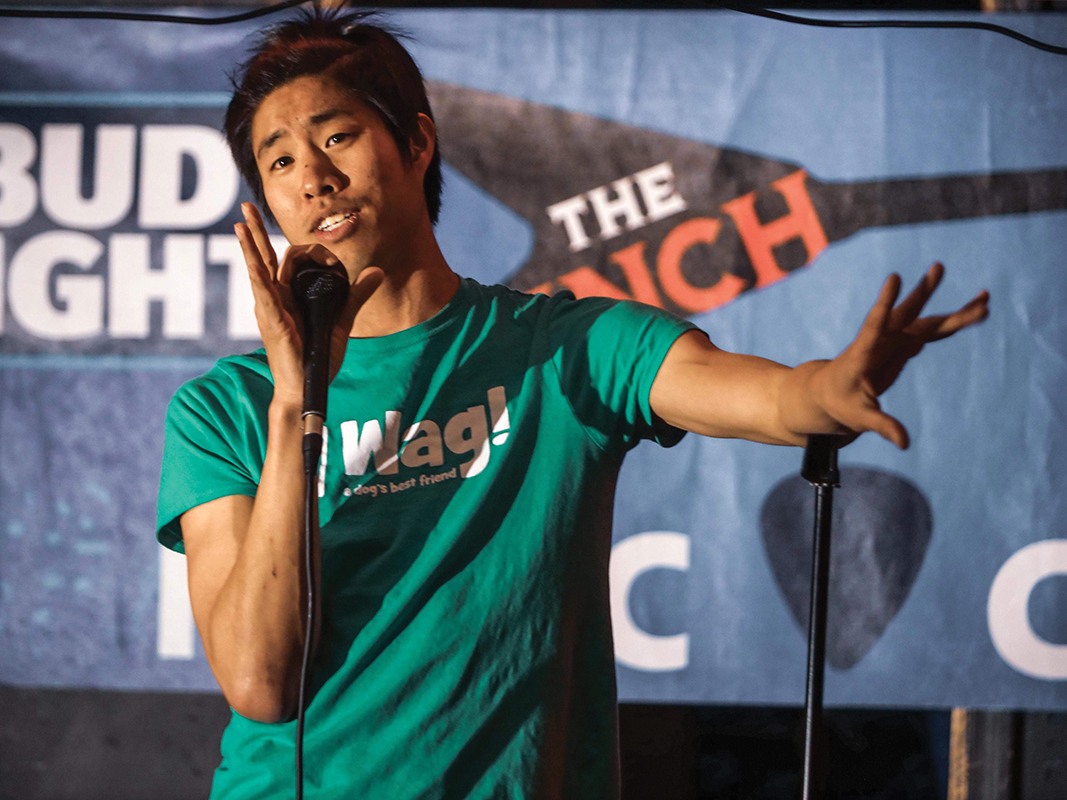 COMEDY AS A SECOND LANGUAGE

A show that President Trump doesn’t want you to see, Maryland’s Improbable Comedy has recruited more immigrants and first-generation comics for another Comedy As A Second Language program. Taking the stage at the Busboys & Poets in the Takoma neighborhood of D.C. will be Naomi Karavani, Ryan Ha, Elahe Izadi, Danny Rolando, and Yasmin Elhady. Thursday, April 4, at 7 and 9 p.m. Busboys and Poets, 234 Carroll St. NW. Tickets are $16 to $20, or $10 for students and immigrants. Call 202-726-0856 or visit www.improbablecomedy.com.