Defying most expectations of an awkward return to the outdated era of fairy tales about bright young women being groomed for marriage by rich, adoring, older men, John Caird and Paul Gordon’s Daddy Long Legs (★★★) presents its protagonist Jerusha Abbott as a thoroughly modern woman of the early 20th-century.

Caird and Gordon’s two-person musical, which premiered in 2009, sidesteps the skeevy vibe of the classic ’50s film version starring Fred Astaire and Leslie Caron, who was 32 years Astaire’s junior. In this streamlined adaptation of Jean Webster’s 1912 novel, Jerusha (Caroline Wolfson), the oldest orphan at the John Grier Home in 1908, and Jervis Pendleton (Kurt Boehm), the wealthy benefactor who anonymously funds her college education, are depicted, to some degree, as generational peers. Jerusha’s growth as a person stays centered, as opposed to her sponsor’s amorous interest in her.

That balancing of the scales more rigorously reflects Webster’s progressive intent, which, in turn, is reflected well in Monumental Theatre’s production of the epistolary tale, staged by Michael Windsor. Still, the play is not without its problems, as is also the case for the production.

Where the play’s concerned, one major stumbling block is Jerusha’s pet name for the man whom she glimpses one day walking out of the John Grier Home. He’s a trustee of the orphanage, who, having read some of her essays, decides to invest in her development as a writer. He’ll pay for her education at a fine New England women’s college, as well as her personal expenses, and in return wants not thanks but merely the acknowledgement of a monthly letter from her addressing him as “John Smith.” But, recalling him only as the tall, spindly silhouette in headlights she glimpsed that day, she fondly dubs him “Daddy Long Legs.”

Jerusha excitedly recites her letters to Daddy, her greetings progressing from ‘Dear’ to ‘Dearest,’ and it’s hard in the #MeToo era not to cringe. At best, the Daddy-and-me dynamic affords orphaned Jerusha a much-desired father figure, though a stern one, who ensures she feels seen and heard and that she ultimately can cultivate a comfortable life for herself. On the other hand, a teenager singing her love for “Dearest Daddy” stirs up connotations of inappropriate relationships and less consenting versions of daddy’s little girl. The D-word’s been sexually charged since long before Marilyn Monroe shimmied around a stripper pole clad in a tight cable-knit cooing “My Heart Belongs to Daddy.”

Jerusha’s innocent young heart belongs to a Daddy who’s not only distant and silent, never responding to her letters, but who’s oftentimes dictatorial in his attempts to hold her to his nine-year plan for her further education. Yet, she defies him constantly, and always speaks, or writes, her mind.

Caird’s script, Windsor’s direction, and Wolfson’s appealing turn emphasize Jerusha’s attractiveness not as a sex object, but as a caring, thoughtful, funny, and open-minded individual. She wins over her silent sponsor through the wit and directness of her writing, conveyed concisely via Gordon’s lyrics and soaring melodies in songs like “Things I Didn’t Know,” a tender ode to owning her ignorance as the launching point for improving herself. Wolfson wins over the audience by supplying Jerusha’s sparkling voice and personality, aided by first-act staging that, for the most part, parks Jervis on his side of the stage, while she ranges around Jessica Cancino’s letters-strewn set.

Drawn out of his silence, Jervis gradually takes on a more active role in the story, and Boehm nicely illuminates the guardian angel’s transition from aloof to smitten. While his vocal performance might be limited in its musicality, he and Wolfson duet well together, and their spoken timing is impressive as they sometimes recite in tandem different words and snippets from Jerusha and Jervis’ volleying correspondence.

What’s more impressive is that Jerusha still has so much to say that’s relevant to what it means to be modern today. She cares about education and voting and human rights and a woman being able to have the same agency, opportunities, and independence as any man. Progressive for a woman of her day, she recognizes her worth as a person irrespective of whatever choice she’ll make about whom to marry, or if she’ll marry. In her words, the secret to happiness begins with learning. There’s never a wrong time for that message, and Monumental’s production delivers it soundly. 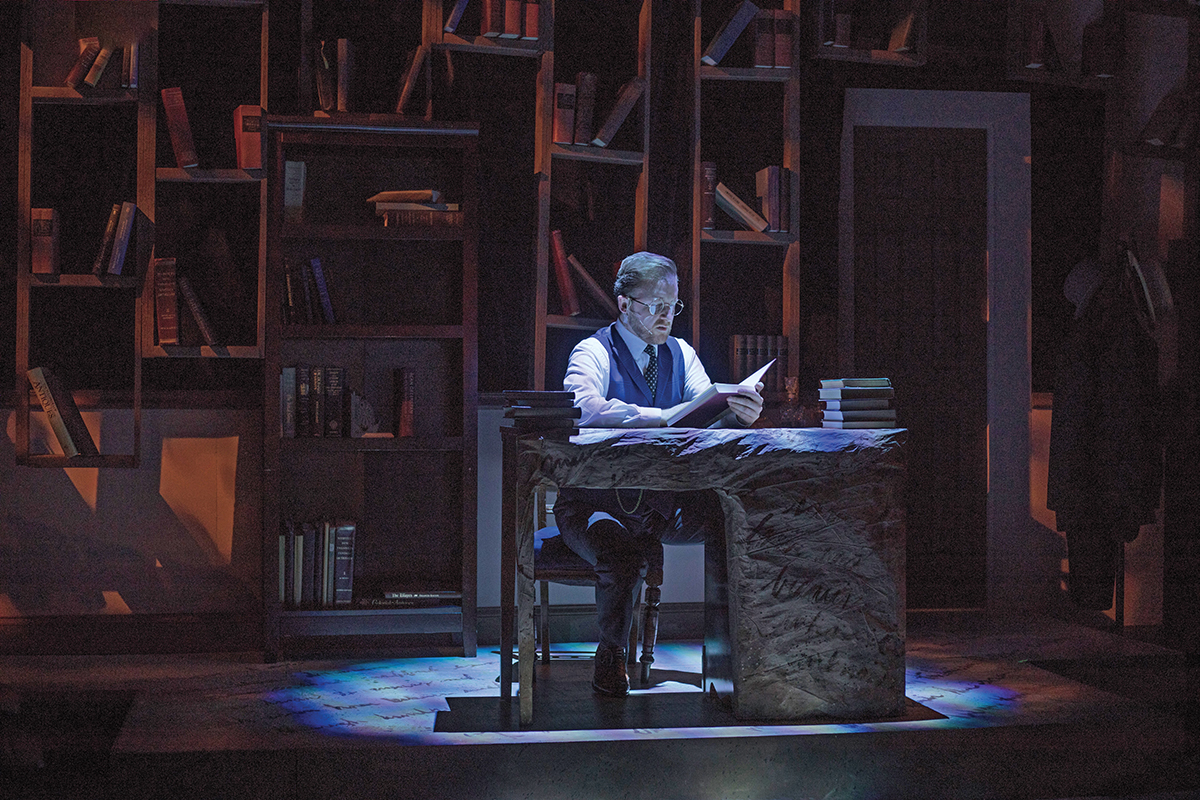 With a terrific cast and a rich, atmospheric score, "Hadestown" kicks off the Kennedy Center's theater season with a bang 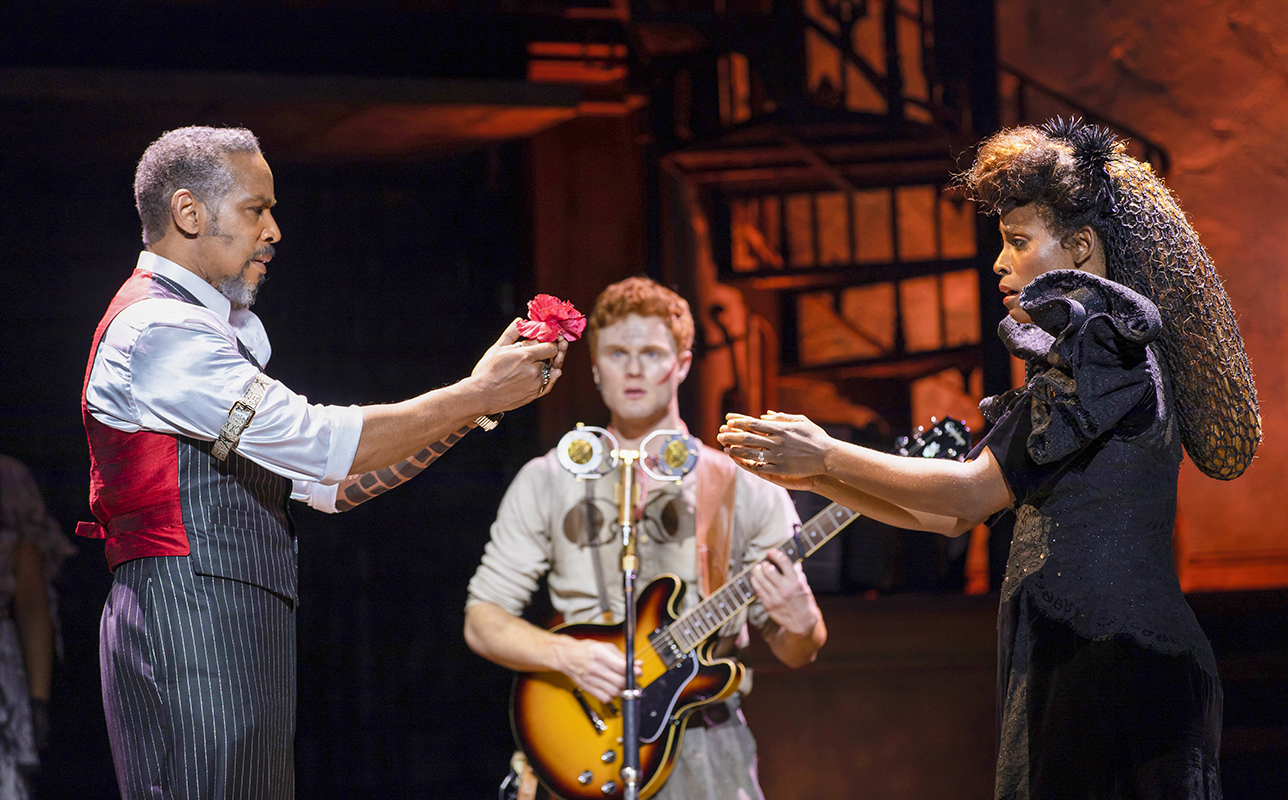 Broadway has returned to the Kennedy Center, and it's music to our ears -- really good music, in fact, courtesy of Anaïs Mitchell's tuneful Hadestown (★★★★☆). Winner of eight Tony Awards in 2019, including Best Musical and Best Original Score, the show, which is back on Broadway following the months-long shutdown, launched its national tour in the Opera House with a performance that brought the opening night audience to its feet.

Only the fourth musical in Broadway history to have a woman as solo author, Hadestown boasts a score full of actual songs. In an era populated with musical scores that sound like stream of consciousness set to snippets of melody, or with lyrics that might have been dispensed by rhyming software, Mitchell gives us rich, atmospheric New Orleans jazz and blues, and rootsy folk-rock that fill the house and transport the imagination. Providing a firm bed of sex and syncopation for the show's poetic retelling of the romantic myth of Orpheus and Eurydice, Mitchell's score sounds fantastic live, but could live anywhere. 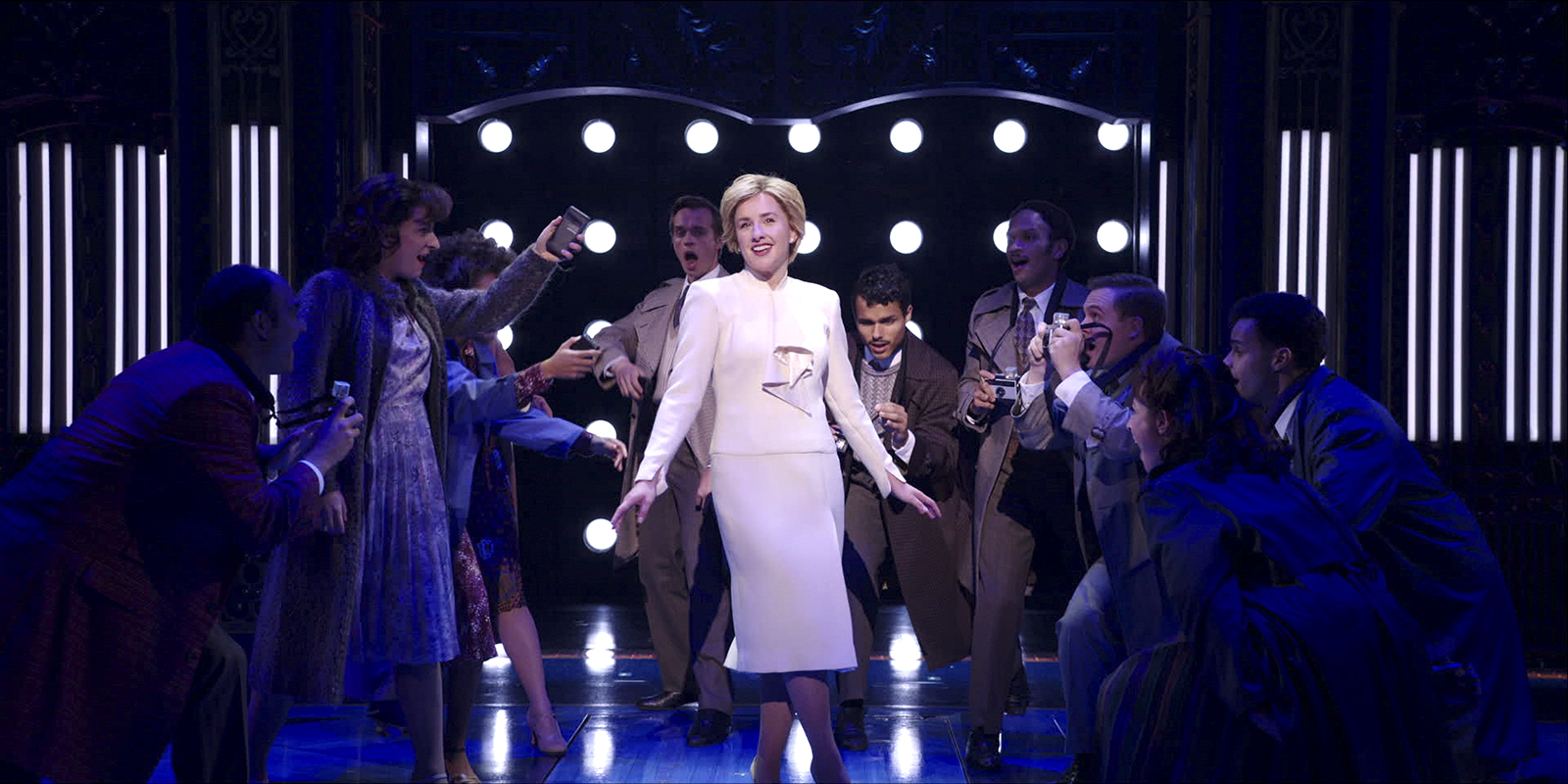