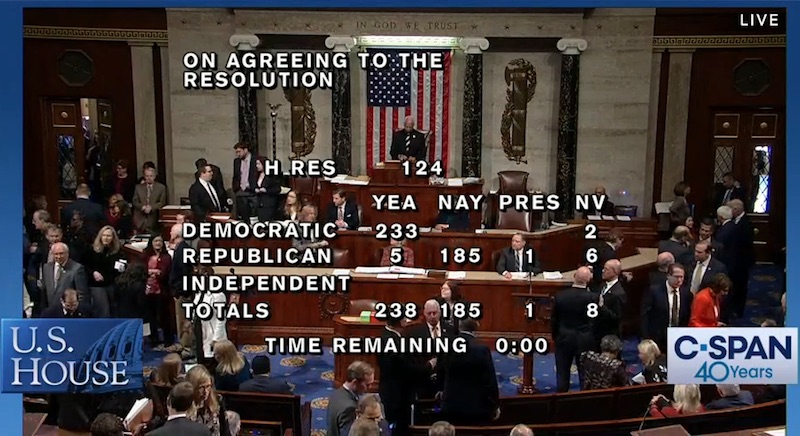 The vote fell largely along party lines, with only five Republicans crossing over to vote with Democrats 238-185 in favor of the resolution, reports The Hill. U.S. Rep. Justin Amash (R-Mich.) voted “present.”

Under the Mattis Plan, transgender individuals will only be allowed to serve if they have not been diagnosed with gender dysphoria and remain in their biological sex while serving.

There will be an exemption for a small number of transgender troops who transitioned under the Obama administration’s “open service” policy, but prospective recruits who are openly transgender will be barred from enlisting, unless a doctor attests that they have been stable in their biological sex for 36 months.

Kennedy’s resolution states that the Trump administration’s reversal of the “open service” policy is detrimental to national security and based on “flawed scientific and medical assertions.” It also urges the Department of Defense to maintain an inclusive policy allowing transgender individuals to serve in the military.

The resolution now moves on to the Republican-controlled U.S. Senate, where it is expected to be blocked from receiving a vote.

In remarks on the House floor, House Armed Services Committee Chairman Adam Smith (D-Wash.) said his committee would be drafting legislation to allow transgender individuals to serve, calling the Mattis Plan “bad policy.” Another lawmaker, U.S. Rep. Jackie Speier previously introduced a bill that would allow transgender people to enlist and continue serving in the military.

The Trump administration and its allies in Congress have argued that the policy is not a ban since transgender troops will still be allowed to serve — provided they do so in their assigned sex at birth.

U.S. Rep. Vicky Hartzler (R-Mo.), who two years ago introduced an amendment that would have prevented the military from paying for transition-related health care for transgender service members, defended the administration’s policy. 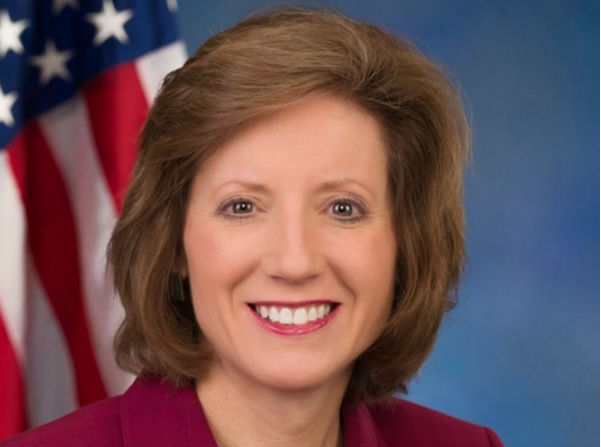 “Our all-voluntary military is the greatest military force in the world and we must allow it…to make the best medical and military judgment about what medical conditions should qualify or disqualify an individual from serving,” Hartzler said. “We should not carve out exceptions for an entire population. Military service is a privilege, not a right.

“The policy is not a ban. It allows transgender service members to serve in their biological sex. The Mattis policy does not kick anyone out of the military for being transgender, nor does it give preferential treatment to transgender persons.”

But opponents of the ban say it’s no different from the “Don’t Ask, Don’t Tell” policy that barred gay, lesbian, and bisexual soldiers from serving for nearly two decades.

We need to be clear that despite the administration’s linguistic gymnastics, there is no other word to call this policy other than a ban,” U.S. Rep. Jerrold Nadler (D-N.Y.) said in a floor speech. He noted that many of the arguments used to justify the ban, such as that the presence of transgender troops will disrupt unit cohesion or harm military readiness, are unfounded and did not occur under the Obama administration’s “open service” policy.

“The conservative obsession with targeting and attacking transgender individuals in all areas of American life is cruel and immoral,” Nadler said. “It is astonishing that after years of ‘support our troops’ demagoguery from my colleagues across the aisle, they would choose to turn their backs on active duty service members and vote to specifically deny them medically prescribed care.

“After two and a half years of not having any issues, there is one reason and one reason alone for this administration to be bringing back a ban on transgender service members: so that social conservatives can force a bigoted agenda on the military that they cannot force on the rest of the American people.” 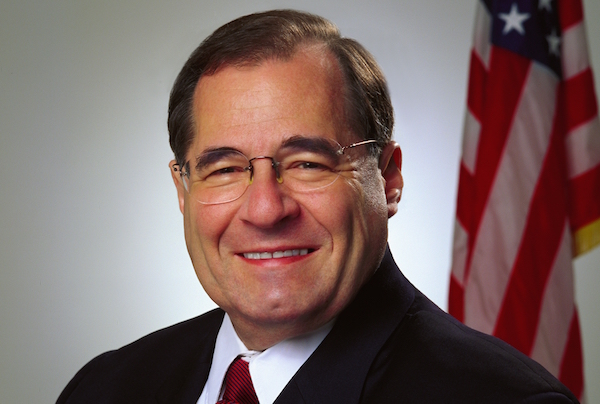 “Transgender service members have been serving openly throughout the U.S. Armed Forces with distinction for years, and, with this vote, the House has made clear that they support transgender troops,” Sarah McBride, the national press secretary for the Human Rights Campaign, said in a statement. “Today’s bipartisan majority in the U.S. House join leading medical associations, national security experts and former military officials in opposing this dangerous and discriminatory policy. We urge the U.S. Senate to take action so that every service member can know that the both chambers of Congress respect their service.”

“While non-binding, this vote sends a powerful message to our transgender service members and their families that the United States House of Representatives stands with them in the face of this administration’s unconscionable discrimination,” Ashley Broadway-Mack, the president of the American Military Partner Association, said in a statement. “Transgender service members bravely serve our nation openly and proudly as their authentic selves, proving time and again that what matters is their ability to accomplish the mission — not their gender identity.”

“Passage of this resolution signals to our transgender siblings-in-arms, veterans, and hopeful recruits that our House of Representatives stands with them and supports their open service during a time in which their Commander-in-Chief is actively working to prevent the same,” Andy Blevins, the executive director of OutServe-SLDN, added. “These selfless patriots, who happen to be transgender, have proven time and again that they are qualified, able, and willing to honorably continue their military service. We applaud the leaders that voted in favor of this Resolution and look forward to working alongside them as we solidify authentic service for all qualified individuals once and for all.”

John Riley is the local news reporter for Metro Weekly. He can be reached at jriley@metroweekly.com
← Previous Story Pete Buttigieg doesn’t like Chick-fil-A’s anti-gay politics, “but I kind of approve of their chicken”
Next Story → The U.S. government believes Grindr is a national security risk. Yes, really.