Republican Gov. Charlie Baker signed the ban into law to protect LGBTQ minors in the state 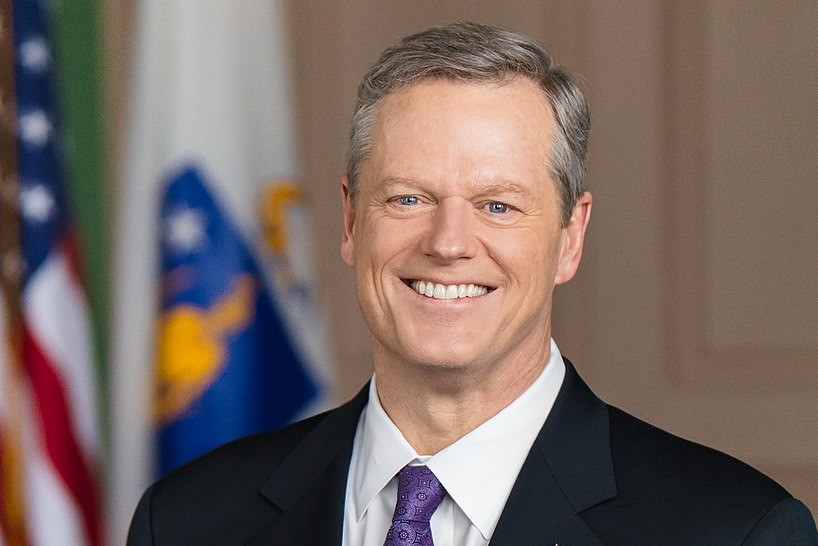 Massachusetts has become the sixteenth state to ban conversion therapy on LGBTQ youth.

Gov. Charlie Baker (R) on Monday signed into law a bill that would ban licensed health care professionals from carrying out the highly criticized practice on those under the age of 18.

Baker signed the bill despite objections from his own party, with Republicans in the Massachusetts Senate arguing that the legislation would prevent parents from controlling their children, or infringe on a therapist’s right to free speech.

Similar arguments have been used against conversion therapy bans in other areas of the country, including Florida and New Jersey.

Baker’s spokesman, Brendan Moss, told Huffington Post that the Governor signed the law because he is “proud of the Commonwealth’s history of support for equal rights and protecting all citizens against discrimination.”

LGBTQ organizations praised the decision, with Arline Isaacson, co-chair of the Massachusetts Gay and Lesbian Political Caucus, saying saying in a statement they appreciated lawmakers “moving so quickly to ban conversion therapy for minors.”

“Being LGBTQ is not an illness or a disease that needs to be cured,” Isaacson said. “These fraudulent treatments are cruel and barbaric. And now thankfully, they are banned in Massachusetts.”

“This legislation grants LGBTQ youth in Massachusetts a new freedom to live authentically, free from fear of the debunked and potentially life-threatening practice of so-called ‘conversion therapy’,” said Marty Rouse, HRC National Field Director. “We thank and applaud Gov. Baker and the Massachusetts General Assembly for making these protections law — and congratulate them in taking this momentous bipartisan step forward in ensuring Massachusetts is a safe and affirming state for all LGBTQ children.”

Of course, not everyone was happy. The Massachusetts Family Institute, which advocated against the bill, said that the new law prevents “critical mental health treatment” being provided to “sexually confused youth.”

“This law is an extraordinarily invasive assault on the rights of parents to raise their children and a violation of the First Amendment right to free speech for the counselors whose help they seek,” Andrew Beckwith, the group’s president, said in a statement.

Lawmakers are under increasing pressure to ban conversion therapy, particularly on LGBTQ youth who can be subjected to torturous practices against their will.

And earlier in April, U.S. Rep. Sean Patrick Maloney introduced legislation that would prevent taxpayer money from being used to fund conversion therapy.

Maloney’s bill would prohibit Medicaid funds from being used to reimburse therapists who engage in conversion therapy, and would define “conversion therapy” to ensure that organizations providing legitimate mental health services and support to LGBTQ people are not at risk of losing funding.

Several prominent members of the conversion therapy — or “ex-gay” — movement have also come out against the practice, slamming it as ineffective and advocating for it being banned.

In January, John Smid — former executive director of Love in Action, a conversion therapy organization —  stated that the practice does not work and should be stopped.

Smid, who inspired a character in conversion therapy drama Boy Erased, wrote in a column for the Advocate that organizations still advocating for the practice in 2019 “blithely disregard the mountain of evidence” against it.

And in 2013, Alan Chambers, president of conversion therapy umbrella organization Exodus International, came out as gay and shuttered Exodus for good.

Chambers said that conversion therapy should be banned for adults, not just minors, and unlike Matheson, both he and Smid are working to make amends for the damage inflicted by their work.

Also Read: Tennessee Republicans are pushing a legislative “Slate of Hate” that targets the LGBTQ community

Rhuaridh Marr is Metro Weekly's managing editor. He can be reached at rmarr@metroweekly.com.
← Previous Story Tennessee lawmakers pushing “Slate of Hate” that targets the LGBTQ community for discrimination
Next Story → Tennessee man pleads guilty to homophobic attack after “bragging about beating up a gay man”