Social conservatives, angry at Buttigieg's criticism of Mike Pence, have been sending their emails to the wrong address 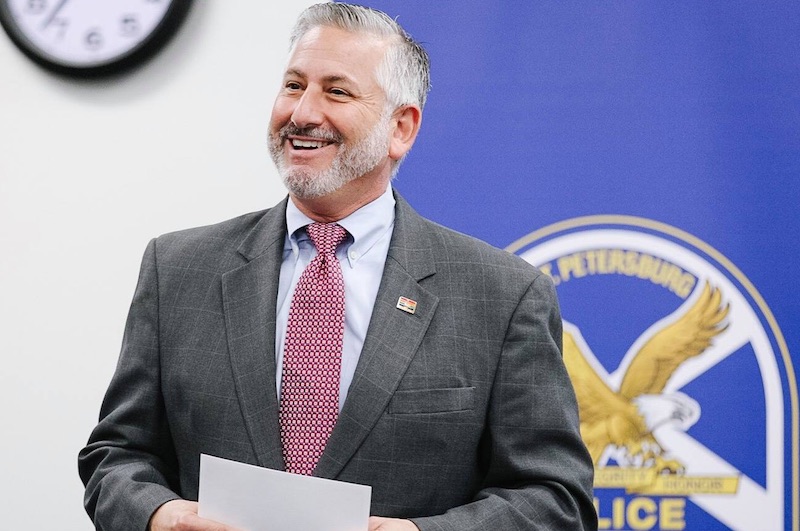 Call it a case of mistaken identity.

Rick Kriseman, the mayor of St. Petersburg, Fla., has been receiving hate mail at his official email address. But here’s the catch: the hate mail is intended for 2020 presidential candidate Pete Buttigieg.

“Simply because we have ‘Pete’ in our email address, doesn’t mean it’s going to Mayor Pete,” Kriseman told Tampa Bay CBS affiliate WTSP. “It’s Saint Pete, unless they’ve proclaimed him as a saint also at the same time.”

Kriseman’s official address is mayor@stpete.org, while the web address for Buttigieg’s presidential campaign is www.peteforamerica.com.

Since launching his exploratory committee earlier this year, Buttigieg, who officially entered the race for the 2020 Democratic presidential nomination on Sunday, has been quite vocal about his criticism of Vice President Mike Pence. Buttigieg, who is openly gay, has repeatedly criticized Pence’s view of sexuality — in which homosexuality is viewed as a wrong or sinful choice, rather than a person’s identity — even arguing that his marriage to his husband, Chasten, has “brought him closer to God.”

But many people, particularly social conservatives, have taken umbrage at Buttigieg’s comments, accusing him of being anti-Christian because he deigns to believe that his sexual orientation isn’t incompatible with his faith. That’s why some have attempted to unleash their venom by sending emails to an address they believe belongs to “Mayor Pete” — only to find Kriseman is on the receiving end of those attacks.

Although Kriseman previously appeared alongside Buttigieg when they campaigned for a local state House candidate, he says he’s surprised that people are confusing his email with that of the South Bend mayor’s.

“If you feel that strongly, you would think you would take the time to figure out who you’re sending your emails to,” he said.

“If I’m getting inadvertent emails like this, I know the intentional ones my friend Pete are getting must be much worse,” Kriseman wrote in a Facebook post. “As he continues to make a serious case to lead our nation, let us not lose sight of the historic nature of his candidacy and the venom he, his husband, and gay Americans everywhere continue to face. Let us continue to spread a message of peace and acceptance. Let us teach, because as has been said, ignorance breeds fear and hatred. Let us love.”

In that same post, Kriseman shared excerpts from some of the emails he’s received. One read: “Are you the ANTICHRIST? The Bible says he might be GAY ? Well — better pray Trump wins MR PETE — we know he is not GAY ! He can’t be the Antichrist—-can he ?”

Another email read: “Too bad you are so filled with hate — I’m sorry that you are so upset about being Gay ! Get over it! Stop attacking Christian because of your insecurities!”

Even though he’s not the intended target of the emails, Kriseman says they are a reminder of “what we’re still up against.”

“To see [Buttigieg] get attacked, really under the pretenses of not liking what he said about someone, but really, it’s an opportunity to attack him because of his sexual orientation,” Kriseman said. “And it’s disappointing.”

John Riley is the local news reporter for Metro Weekly. He can be reached at jriley@metroweekly.com
← Previous Story Supreme Court refuses to take up man’s death penalty appeal alleging anti-gay juror bias
Next Story → Former GOP Rep. Aaron Schock allegedly had his hand down a man’s pants at Coachella