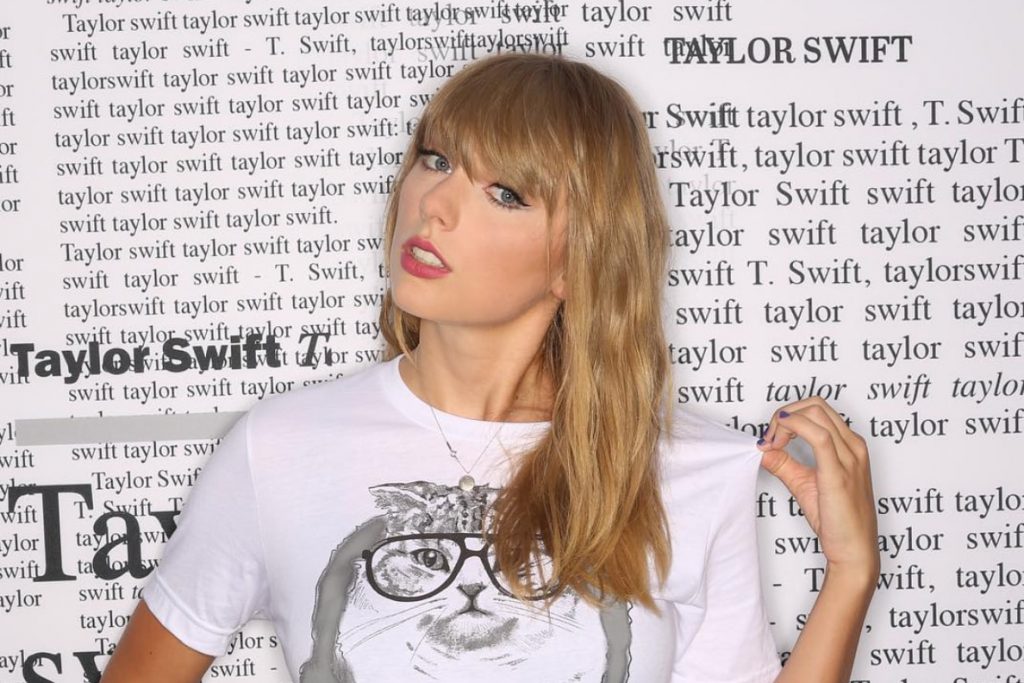 Swift sent the donation along with a handwritten note thanking the nonprofit for its work combatting Republican lawmakers’ efforts to advance a “Slate of Hate” — a series of anti-LGBTQ bills designed to legalize various forms of discrimination.

“Dear Chris, I’m writing you to say that I’m so inspired by the work you do, specifically in organizing the recent petition of Tennessee faith leaders standing up against the ‘Slate of Hate’ in our state legislature,” Swift wrote. “Please convey my heartfelt thanks to them and accept this donation to support the work you and those leaders are doing. I’m so grateful that they’re giving all people a place to worship. Sincerely, Taylor Swift.” 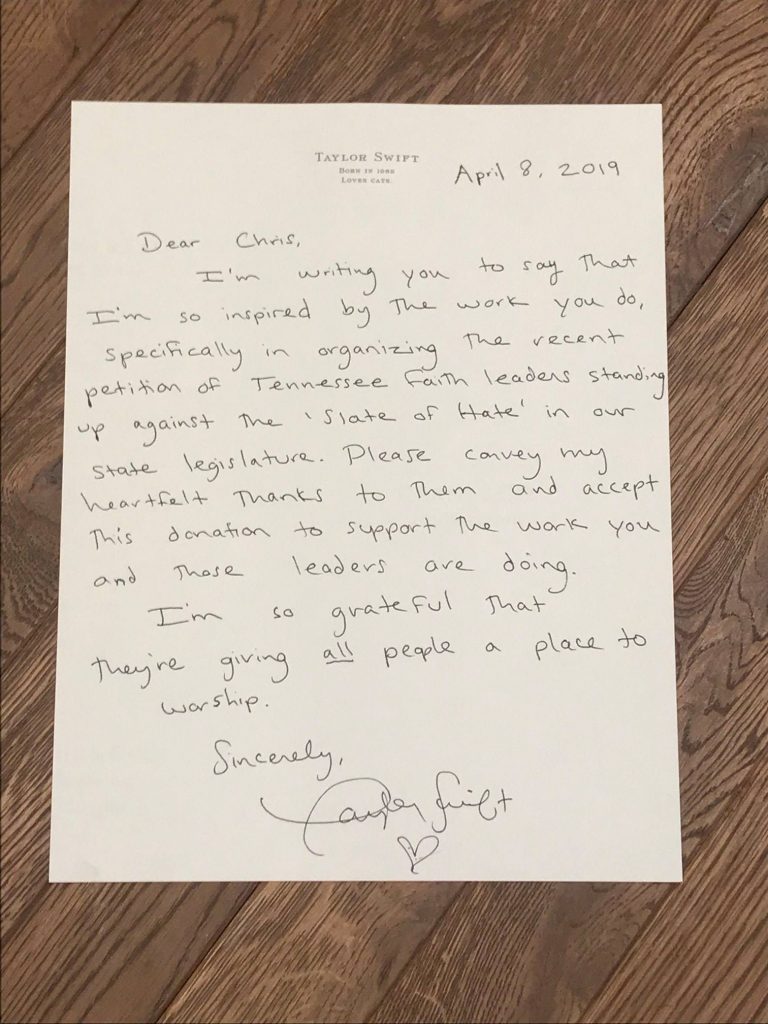 In a Facebook post sharing the note and Swift’s donation, the organization thanked her for the donation and for being an advocate for LGBTQ rights.

“Taylor Swift has been a long-time ally to the LGBTQ community. She sees our struggle in Tennessee and continues to add her voice with so many good people, including religious leaders, who are speaking out for love in the face of fear,” the organization wrote. “Tennessee Equality Project is honored and grateful to reveal Taylor Swift has made a donation of $113,000 to support our efforts at this critical moment.”

Sanders said in a statement that Tennessee Equality Project will be mounting phone and email campaigns where supporters of equality will contact their legislators and ask them to vote against the bills. The organization is also trying to get clergy and local businesses to speak out against the bills publicly.

“Year after year, a small group of Tennessee lawmakers appear bound and determined to undermine the rights of LGBTQ people,” Sanders said. “This anti-LGBTQ slate would have catastrophic consequences for our state — and those consequences would hit our young people the hardest…. This slate strikes at the dignity of LGBTQ people in Tennessee and adopting any of these bills would do lasting damage.”

It’s also not the first time that Taylor Swift has come out in support of a political cause. During last year’s midterms, she ended her own self-imposed political silence to slam a Republican Tennessee senator who opposes LGBTQ rights.

In a post on Instagram, Swift — who had long kept her political beliefs private — urged voters in Tennessee to choose Democratic former Gov. Phil Bredesen for senator over Republican incumbent Sen. Marsha Blackburn.

“I always have and always will cast my vote based on which candidate will protect and fight for the human rights I believe we all deserve in this country,” Swift wrote. “I believe in the fight for LGBTQ rights, and that any form of discrimination based on sexual orientation or gender is WRONG. I believe that the systemic racism we still see in this country towards people of color is terrifying, sickening and prevalent.

“I cannot vote for someone who will not be willing to fight for dignity for ALL Americans, no matter their skin color, gender or who they love,” Swift continued. “Running for Senate in the state of Tennessee is a woman named Marsha Blackburn. As much as I have in the past and would like to continue voting for women in office, I cannot support Marsha Blackburn. Her voting record in Congress appalls and terrifies me.”

Blackburn ultimately triumphed over Bredesen in the general election.

Rhuaridh Marr is Metro Weekly's managing editor. He can be reached at rmarr@metroweekly.com.
← Previous Story Tennessee man pleads guilty to homophobic attack after “bragging about beating up a gay man”
Next Story → Betsy DeVos admits she knew transgender students would be harmed by revoking Obama-era guidelines