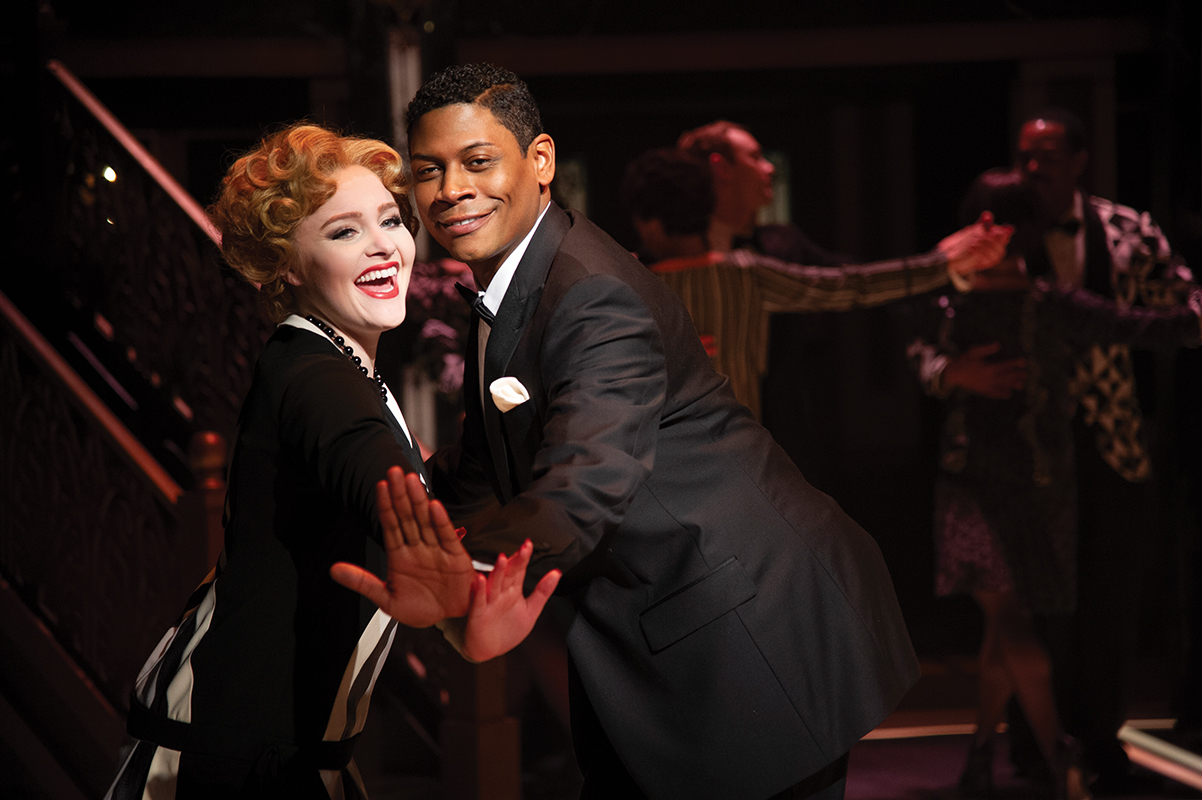 A feast for the eyes, and often for the ears, Eric Schaeffer’s new production of Grand Hotel, the Musical (★★½) at Signature sets an intriguing table, boasting an abundance of glamorous and alluring characters. But intrigue and glamour aren’t enough to overcome a book by Luther Davis that’s overall too stingy in providing many of these characters with meaty storylines.

There are far more damen und herren singing and dancing through the halls of this grand Berlin establishment than there are truly involving plotlines to service them all. So, despite scenic designer Paul Tate Depoo III’s spacious, gold-toned lobby setting, with its broad, illuminated floor, and tall, sweeping staircases, the stage feels not just bustling with activity, but severely overcrowded. Voices seem to jostle and fall all over each other in some of the dissonant musical arrangements for the sprawling ensemble.

In the busy churn of guests and staff that pass through the hotel’s revolving doors over a weekend in 1928, splurging bookkeeper Otto Kringelein (Bobby Smith) and starry-eyed typist Flaemmchen (Nicki Elledge) are first to emerge from the crowd and create a sympathetic bond with the audience. They might, in fact, be the only ones to break from the pack.

That’s due in large part to the fact that, since author Vicki Baum first published the source novel in 1929, Kringelein’s bittersweet story of living out his last days in luxury always has stood out among the interconnected personal dramas playing out in the hotel. The great Lionel Barrymore made hay with the part in MGM’s Oscar-winning 1932 film adaptation, while the late, openly gay performer Michael Jeter earned a Tony for his performance in the 1989 Broadway production. Here, Smith pulls at the heartstrings with his poignant rendering of the working man relishing perhaps his first, and likely final, adventure.

The stately score by Robert Wright and George Forrest lends earnest expression to Kringelein’s stated purpose in the number “Table with a View/At the Grand Hotel.” And Smith’s assured singing conveys a wealth of joy in Kringelein’s delighted duet with Flaemmchen, “Who Couldn’t Dance with You?”

Elledge’s Flaemmchen strikes the resonant chord of a modern woman who’s willing to work diligently to get ahead, but who would just as soon hitch her star to whatever passing ship might carry her even an inch closer to her dream of Hollywood stardom. A strong-willed naïf, Flaemmchen supplies the show with the heat of drive and ambition, combined with dangerously low self-esteem. Elledge draws out the damsel’s charms and her flaws with a seemingly effortless appeal.

That seductive energy doesn’t flow as powerfully from many of the other characters. Nkrumah Gatling sounds divine singing the role of playboy jewel thief Baron Felix von Gaigern, but, when not singing, he doesn’t capture much other than the character’s caddishness, as the Baron goes about romancing both Flaemmchen and visiting ballet legend Elizaveta Grushinskaya (Natascia Diaz). 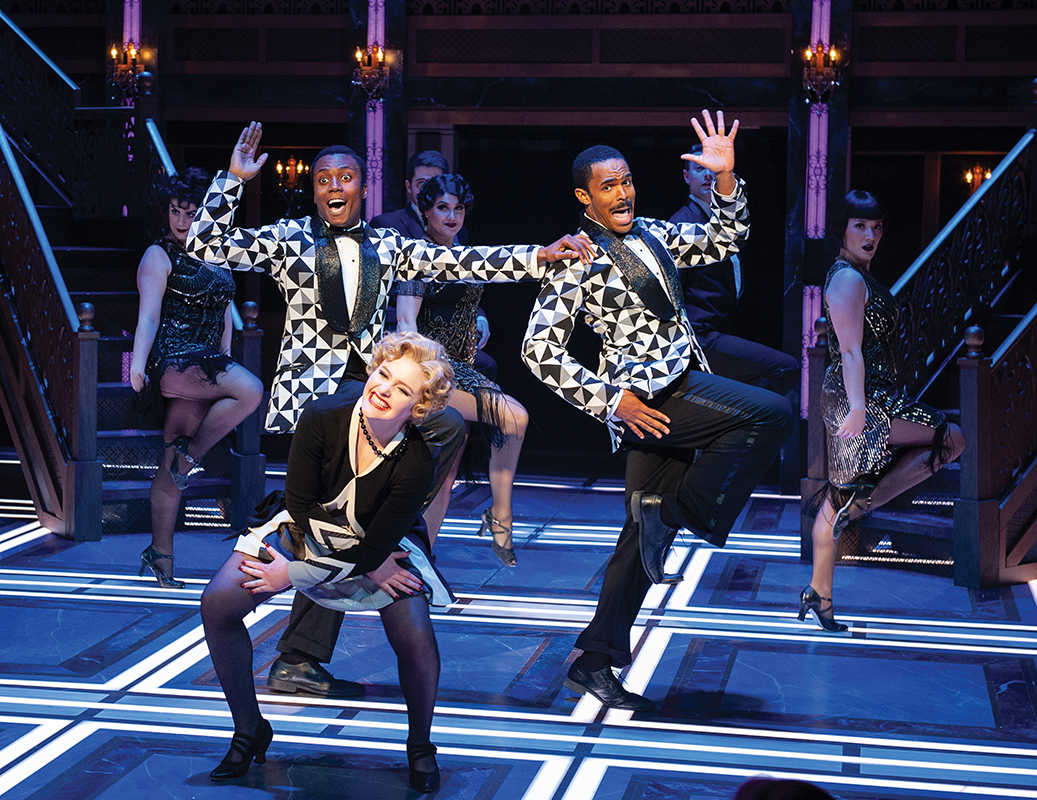 As the self-doubting diva, Diaz likewise sings and dances the part beautifully, but without conveying much in her non-musical moments beyond the lady’s cool imperiousness. At a crucial turning point, the audience is meant to believe that Grushinskaya and the Baron might genuinely have fallen in love, but the characters’ general self-regard leaves that plot turn feeling a little contrived. Nearly every moment spent with Kevin McAllister’s disappointingly flat factory director Preysing feels contrived to set up a second-act transgression that adds a nasty whiff — but only a whiff — of peril to the proceedings.

More effective are the show’s fleeting glimpses of humor, and the well-placed hints of queer Berlin visible in gestures of devotion made by Elizaveta’s aide Raffaela (Crystal Mosser) towards her boss, or via a male couple blithely waltzing through the hotel ballroom.

The play’s twisted circle of dreams, schemes, romances, and confrontations does conjure the enigmatic allure of the Roaring ’20s Weimar Republic humming beyond the hotel walls, but without necessarily bringing that excitement indoors where all this jazz-hot action is supposed to take place. Paradoxically, there’s a lot happening, but not enough going on inside this not exactly Grand Hotel.

Check for discount tickets to Grand Hotel at Signature Theatre

André Hereford covers arts and entertainment for Metro Weekly. He can be reached at ahereford@metroweekly.com. Follow him on Twitter at @here4andre.
← Previous Story Theater Review: Arena’s ‘Junk’
Next Story → Theater Review: Olney’s ‘A Comedy of Tenors’