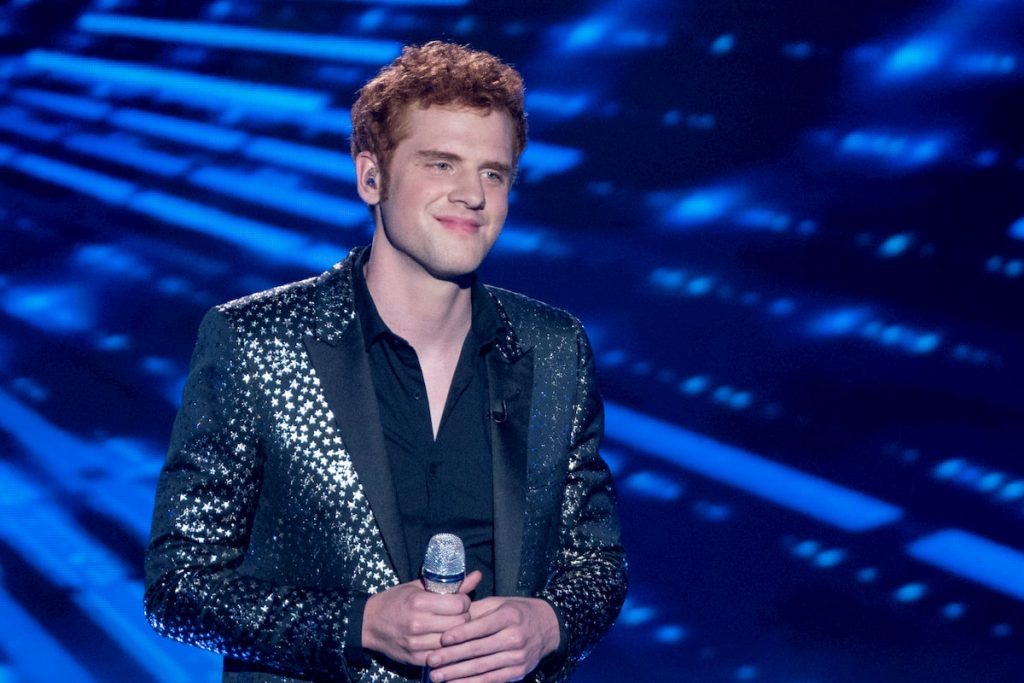 Gay singer-songwriter Jeremiah Lloyd Harmon has failed to make the Top 5 of American Idol after judges opted to save another contestant.

However, that didn’t translate into votes, with Harmon and fellow contestant Laci Kaye Booth failing to make the Top 4.

Opting to use their one save of the season, judges Luke Bryan, Katy Perry, and Lionel Richie chose Booth to advance in the competition.

Harmon hasn’t yet responded to his elimination beyond a short message on Twitter, writing, “Your value is never up for a vote. #Mantra”

Your value is never up for a vote. #Mantra

However, fans of the singer have been pretty vocal in stating that the judges saved the wrong contestant, with a poll on entertainment site Gold Derby showing that 82% believed Harmon should have been saved.

American Idol viewers have also been venting their frustration on Twitter.

One person tweeted that they were “literally raging,” while another called it “Total BS.”

Replying to the American Idol Twitter account, one user said Harmon should “never, ever” have been eliminated and they were “done” and “not watching another episode.”

Harmon became something of a fan favorite — at least on social media — for his soaring vocals and emotional coming out story.

Maryland-native Harmon, the son of baptist pastor Rev. Jerry Harmon, came out to his family last year, and his journey has been chronicled during his time on Idol.

However, a powerful moment in the previous episode — which saw Harmon’s parents attend a live show for the first time and give him a standing ovation — was marred when it was revealed that Rev. Harmon had delivered an anti-gay sermon decrying the normalization of sexuality while his son was waiting to find out if he’d made Idol‘s Top 20.

Rev. Harmon complained about being “forced to accept” that homosexuality is normal, calling it part of a “downward spiral” of “sexual immorality” plaguing the country.

In an interview with Metro Weekly last month, Jeremiah Lloyd Harmon said that his relationship with his family was “a little strained, and it’s been a challenge that we’ve been working on together. We’ve grown a lot, and we’re still talking.”

He noted that it hasn’t “been easy” for his parents to accept his sexuality, but that “things are looking up.”

“I think if you’re a conservative Christian, having a child come out as gay, and having that same child claim that they’re Christian, and they’re going to heaven, is contradictory to what you believe,” Harmon said. “I think it’s been a real challenge for my family to integrate those two seemingly opposite truths. But we’re there for each other, and we love each other no matter what. That’s all that matters.”

With regards Idol, Harmon also said that — win or lose — he saw it as a platform to “showcase myself as an artist, to share my music with people, and to also share my story.”

He continued: “Everything that’s happened so far in terms of how people have responded to my music and my story transcends the show itself. I would love to continue on this journey, no matter if I win, or if it ends for me before the finale. I think I would love to just continue writing my music and sharing myself with the world, whatever that looks like for me after this.”

Watch his final two performances below:

Rhuaridh Marr is Metro Weekly's managing editor. He can be reached at rmarr@metroweekly.com.
← Previous Story Transgender woman’s face left paralyzed after being severely beaten in Denver
Next Story → Madonna at GLAAD Awards: “It is every human’s duty to fight, to advocate” for equality