Home / Arts + Entertainment / Film / Knock Down the House offers a raw, emotional profile of four women who challenged the status quo in the 2018 midterms

Knock Down the House offers a raw, emotional profile of four women who challenged the status quo in the 2018 midterms 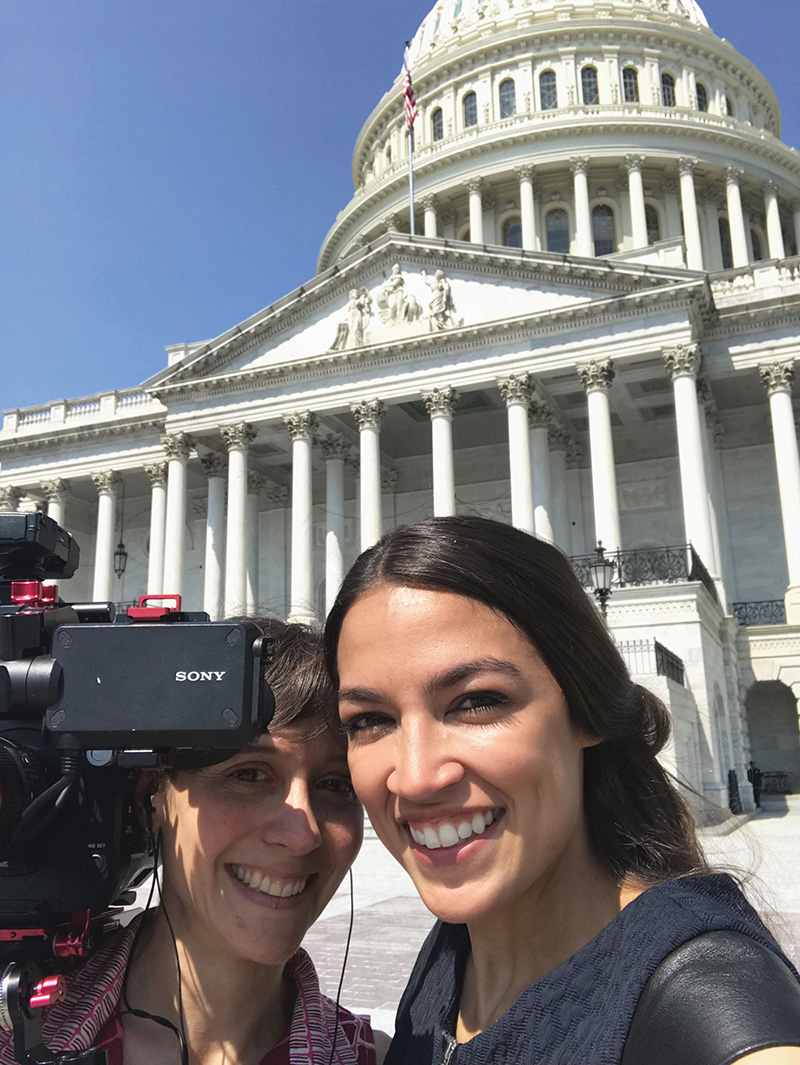 Knock Down the House: Alexandria Ocasio-Cortez

People-centric politics is at the heart of the documentary Knock Down the House, which follows four insurgent Democratic candidates running in the 2018 midterm elections. One is now a household name: Alexandria Ocasio-Cortez, who successfully challenged the fourth-highest ranking Democrat in Congress. Alongside her are Amy Vilela, a Nevada mother who ran after her daughter died from being denied care because she could not provide proof of insurance; Cori Bush, who ran after public outrage over the police shooting of Michael Brown in Ferguson, Mo.; and Paula Jean Swearengin, a West Virginia environmental activist who advocated for greater economic opportunities and single-payer health care.

“We wanted to find people…who had very personal reasons for running in the first place,” says filmmaker Rachel Lears. “We were very interested in people that were challenging political machines in their districts. We wanted to explore how power works in this country and a parallel between that and the personal story of how to build power in yourself, as well as in the community.”

Even though Ocasio-Cortez is the only candidate to emerge victorious, Lears hopes viewers will be inspired, rather than discouraged by the difficulty of fighting against an entrenched political establishment.

“I wasn’t frustrated by the fact that only one of them won, because it was actually quite remarkable that one of them did win,” she says. “That’s going to be par for the course with any social movement. You win some, you lose some, but the process is also worth something. Every one of these campaigns changed the conversation in their district, and, collectively, the movement that they were a part of is changing the conversation at the national level.

“I really hope the film encourages people to participate in the political process,” she says, adding, “By showing the stories of people who are not typical politicians, who defy the stereotypes of what people think of, I hope it broadens people’s sense of what politics is and how they can be part of it.”

Read our review of Knock Down the House here!

John Riley is the local news reporter for Metro Weekly. He can be reached at jriley@metroweekly.com
← Previous Story Film Review: Knock Down the House
Next Story → Film Review: ‘All Is True’ offers an intriguing version of Shakespeare’s last days