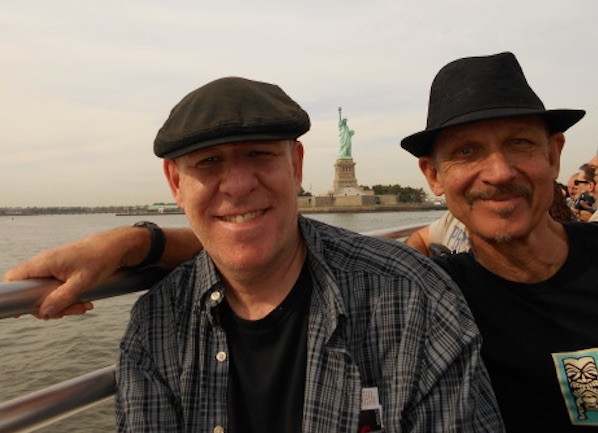 Lambda Legal has asked a federal court to grant class action status to a series of lawsuits against the U.S. Social Security Administration for denying spousal benefits to LGBTQ widows.

The widows were prevented from meeting the requisite number of months to qualify for spousal benefits because of state bans on same-sex marriage.

The lawsuit at the center of the case, Ely v. Berryhill, was brought in the U.S. District Court for the District of Arizona on behalf of 66-year-old Tucson resident Michael Ely, who was denied Social Security survivor benefits because he and his now-deceased partner of 43 years, James “Spider” Taylor, were not married for nine months after their marriage.

Ely’s lawyers argue that the couple was only unable to meet the nine-month requirement because Arizona’s ban on same-sex marriage prevented them from marrying until the ban was declared unconstitutional in 2014.

As a result, they were married for only six months before Taylor died of cancer. On behalf of Ely, Lambda Legal contends that the nine-month marriage requirement is unconstitutional in places where discriminatory bans prevented same-sex couples from marrying, thus denying them a fair and equal opportunity to qualify for the benefits.

“It was such a shock, to be told your relationship of 43 years means nothing,” Ely said in a statement. “I lost the love of my life. We got married as soon as we could. Even though we were together for 43 years, and even though my husband paid into social security with every paycheck, I’m barred from receiving the same benefits as other widowers. I know the pain I feel and can imagine the pain of others in the same situation as me.”

On April 30, Lambda Legal filed the motion asking the district court to grant class action status, which would allow other same-sex widows across the nation who were denied survivor benefits to seek relief, in the hope of eventually being allowed to receive the benefits.

Because many same-sex couples faced similar situations, Lambda Legal has asked for nationwide class action status so that other couples would not have to file their own separate lawsuits in order to argue the same point in different jurisdictions.

Lambda Legal has filed two almost identical lawsuits in New Mexico and North Carolina, where plaintiffs Anthony Gonzales, 64, of Albuquerque, and Frederick Colosimo, 75, of Asheville, were married as soon as state bans on same-sex marriage were lifted, but whose spouses died less than nine months after being wed.

Those have been stayed pending a decision by the court on whether to grant class action status.

Lambda Legal has also filed a fourth and separate lawsuit on behalf of a Washington State woman who was never able to marry her partner of 27 years, who died in 2006, six years before voters in Washington State legalized marriage equality.

“Our clients and many others who were in loving, long-term, and committed relationships — in some cases for more than 40 years — have been denied equal access to these critical survivor benefits, paid for through a lifetime of work, based on circumstances wholly beyond their control,” Lambda Legal Counsel Peter Renn said in a statement.  “The government considers them legal strangers here, rather than widows and widowers, even if they married as soon as they were able to do so.”

If the case is granted class action status, one of the people who could potentially encounter this same obstacle upon retiring — and could benefit, if the courts decide in favor of Ely and the other plaintiffs — would be Jim Obergefell, the man who lodged the complaint at the center of the Supreme Court’s 2015 decision legalizing marriage equality.

Obergefell and his husband, John Arthur, were together for 20 years but were married for only three months (after being wed in Maryland) before Arthur died.

As a result, Obergefell does not technically qualify for Arthur’s Social Security benefits because Ohio’s ban on same-sex marriage prevented the couple from wedding earlier.

“Although marriage equality is the law of the land, people continue to suffer because of the government’s history of discrimination,” Obergefell said in a statement supporting the request for class action status. “John and I moved mountains to marry, a marriage we were able to enjoy for only three short months, although we were together for more than twenty years. Equality isn’t equality if the government can hold the length of your marriage against you when that same government barred you from marriage for more than two decades in the first place.”

John Riley is the local news reporter for Metro Weekly. He can be reached at jriley@metroweekly.com
← Previous Story Madonna at GLAAD Awards: “It is every human’s duty to fight, to advocate” for equality
Next Story → Iowa governor signs bill barring Medicaid from paying for transgender health care