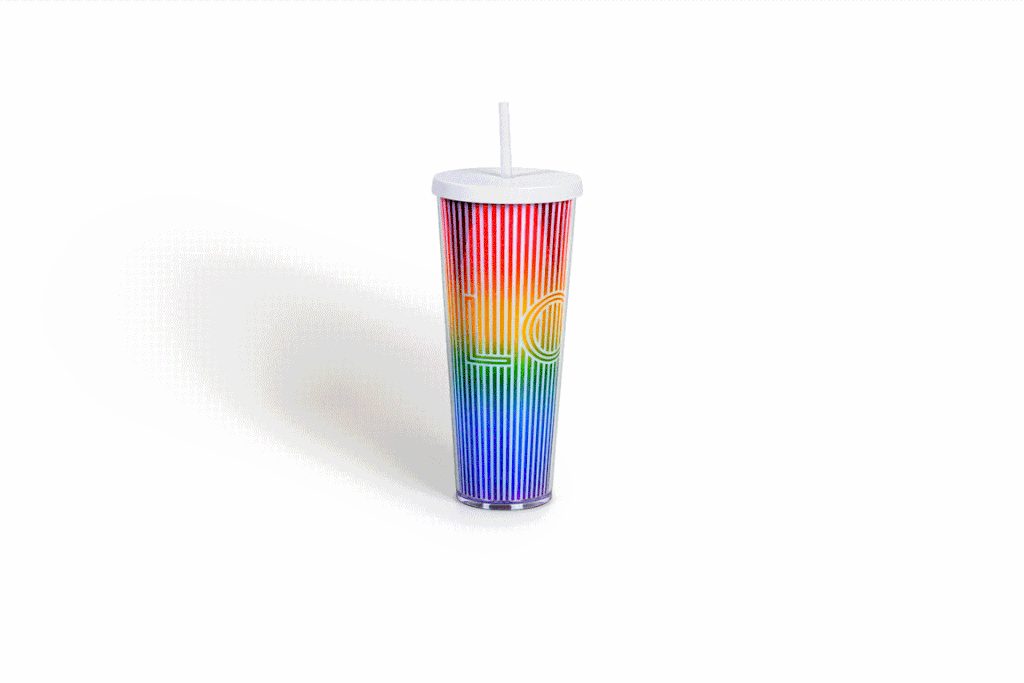 The cup, which retails for $16.95 and is available for a limited time at stores in the United States and Canada, features the word “LOVE” on a rainbow background, and is designed to celebrate “pride, kindness, love, and diversity.”

The cup, which is designed for cold drinks, also features a white lid and white, reusable straw.

Starbucks says that the cup is “just the beginning of Starbucks support of the 50th anniversary of Pride month,” and that the company is committed to “a culture of belonging, inclusion and diversity” in its stores.

“In addition to health benefits for partners in LGBTQ relationship, the company has also supported partners who are transgender or considering transitioning, and even broadened health care coverage to include gender reassignment surgery,” Starbucks told press.

The 24 oz cups are already on sale and apparently selling fast, as they’re already hitting eBay for huge markups.

Reaction on social media for the (slightly gaudy) cups has been largely positive.

One user called the new cups “the highlight of my week,” while another said they are “too cute.”

LOVE is LOVE is LOVE and I am totally in LOVE with these @starbucks PRIDE Tumblers!🌈❤️And just when I thought I didn’t NEED any more Starbucks cups!🌈❤️The OBSESSION is real!! . . @starbucks @thisisourneverland #starbucks #pride #starbuckscup #starbuckstumbler #coffee #loveislove #abc7eyewitness #disney #disneyland

User Terrin Hurtado asked Starbucks if it could release a reusable Pride hot cup, while another user, @Chrisluvsplants, offered a cute story of he and a Starbucks barista getting excited about the new cup.

Rhuaridh Marr is Metro Weekly's managing editor. He can be reached at rmarr@metroweekly.com.
← Previous Story Televangelist believes Equality Act will be as devastating to America as “atomic war”
Next Story → Chick-fil-A won’t stop donating to anti-LGBTQ groups, says it’s part of a “higher calling”