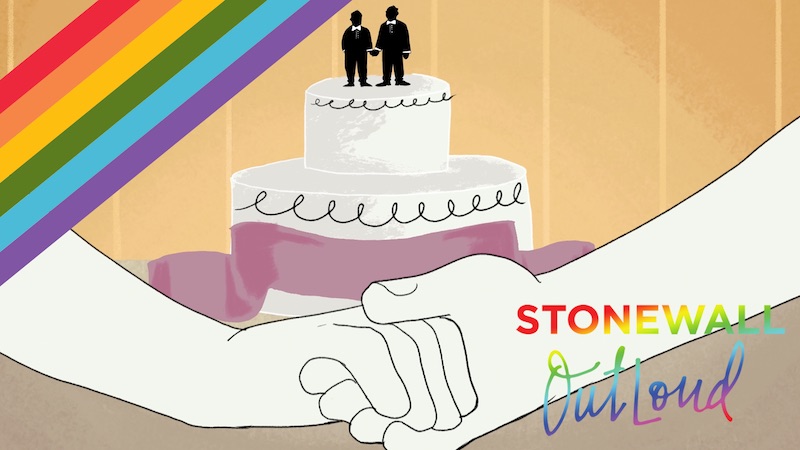 As the 50th anniversary of the Stonewall Uprising, considered the seminal moment of the modern-day LGBTQ rights movement, approaches, StoryCorps is launching “Stonewall OutLoud,” an initiative that seeks to capture and preserve the stories of LGBTQ elders before they are lost to history.

As the nonprofit that seeks to preserve and share stories of Americans of all backgrounds and beliefs, StoryCorps seeks to cover LGBTQ history from multiple angles and perspectives. As such, Stonewall OutLoud will reach out to as many unique voices as possible, placing special emphasis on the experiences of (and evolution of LGBTQ rights within) rural communities, communities of color, and transgender community.

The initiative seeks to connect older and younger generations through interviews with various LGBTQ people, preserving their individual stories for future generations, and sharing them with the broader public through educational and broadcast partnerships.

To carry out this project, StoryCorps will be asking people across the country to use the free StoryCorps mobile app to record the stories of LGBTQ people who were born before the events of Stonewall. Each of those interviews will become a permanent part of American history at the American Folklife Center at the Library of Congress.

The StoryCorps app enables anyone to record conversations with the intent of archiving them for posterity, and guides users through the interview experience, even helping prepare interview questions and showing them how to upload the audio files to the archive.storycorps.org website where the recordings will be housed.

StoryCorps is partnering with multiple partners, including SAGE, the advocacy organization for LGBTQ elders, the National LGBTQ Task Force, Griot Circle, and GLSEN, on the project. Individuals and organizations can pledge to take part in the project by visiting www.storycorps.org/outloud

Based on statistics provided by SAGE, there are an estimated 3 million LGBTQ adults over age 50 in the United States. Nearly 60% of LGBTQ elders report feeling a lack of companionship, 50% report feeling isolated from others, and 40% feel disconnected or even unwelcome by younger LGBTQ people. As such, when there is no intergenerational interaction, stories and lessons from the past can be lost or go unheeded, further underscoring the importance of preserving the history of a community that has traditionally been marginalized.

“We’re thrilled to be working with our partners over the month of June to ask the country to honor an LGBTQ elder with an interview and preserve this part of our history about which so little information exists,” Dave Isay, the president and founder of StoryCorps, said in a statement. “In the spirit of the Shoah project, which documented the stories of every living Holocaust survivor, and Maya Angelou’s stirring words, ‘History, despite its wrenching pain, cannot be unlived, but if faced with courage, need not be lived again,’ we hope that Stonewall OutLoud will be a beautiful, loving celebration of LGBTQ elders on this historic anniversary.”

World of Wonder’s Randy Barbara and Fenton Bailey, the directors and producers of the documentary that incorporates some of those first-person accounts from the project, hailed the contributions of activists involved in the early days of the LGBTQ civil rights movement.

“We believe we stand on the shoulders of our elders. Without their bravery and sacrifice, we would not have the freedoms we enjoy today,” Barbato and Bailey said in a joint statement. “In Stonewall OutLoud, it’s our intention for their voices to live on, so that we do not take what they sacrificed for granted and so that we continue to fight for the freedom and dignity of LGBTQ+ people all over the world.”
See also: Memorial service honoring slain trans woman Ashanti Carmon and others

John Riley is the local news reporter for Metro Weekly. He can be reached at jriley@metroweekly.com
← Previous Story Conservatives are demanding Brian Sims resign after he confronted Planned Parenthood protesters
Next Story → Maine House of Representatives approves ban on conversion therapy