Applying a deftly light touch to a deeply troubling subject, Duncan Macmillan’s Every Brilliant Thing (★★★★) is an interactive work that manages the trick of never breaking the fourth wall. Because no walls are erected between the audience and Alexander Strain, who practically welcomes each theatergoer personally to Jason Loewith’s immersive staging at Studio Theatre.

Macmillan’s international hit — originally performed Off-Broadway by British comedian Jonny Donahoe, who’s also credited for the script — envelops the house in an engaging, kumbaya spirit that feels genuine and earned. The audience really is in it together with Strain, as becomes clear when he greets random patrons with a note card or slip of paper. Each note is labeled with its own number, and at least one inspiring thought or fact about life that might make it all worth living.

With the cards handed out, and everyone seated, Strain then fully inhabits scenic designer Paige Hathaway’s cozy, carpet-strewn set. And Max Doolittle’s lighting stays alert to Strain’s every move, as the actor plays host, emcee, improv partner, and narrator, drawing a portrait of a young man first introduced to the concept of mortality through the death of his beloved pooch. But that fairly common rite of passage was soon followed, when our unnamed narrator was just six years old, by a more devastating brush with death: a suicide attempt by his mother.

Desperate to string together a lifeline that might tug his mother from the depths of suicidal depression, the frightened boy started a list to share with her, of a thousand brilliant things that make life wonderful. Through the years, and his mother’s battle with depression, as well as his own struggles, the boy’s list becomes the man’s passionate pursuit, often an obsession. The list serves as his lifeline when he doubts the brilliance of living through pain.

Ticking off the list — 1, 2, 3, 4, and so on — Strain conducts the audience as a chorus that chimes in, on cue, with the simple joys and surprises of life, the tiny coincidences that bring solace or laughter, the rich and fertile experiences that lead to happiness or a reminder of it. He also casts various audience members in the roles of his emotionally distant father, and the woman who will become his first love. As active listeners and actors in the drama, everyone has a part to play, and the game works because everyone present has a relationship to life and death, and to the terrifying reality of suicide.

Strain keeps it real, while also keeping it fun for the audience. His energetic, heartfelt performance blurs any line between the insecure, grief-stricken narrator of the story, and the confident, responsive artist who’s portraying it. And, guided by Loewith’s sensitive directorial hand, the evening takes shape as one more brilliant thing about life — that is, the power of storytelling to create a community from a room full of strangers.

Every Brilliant Thing at Studio Theatre 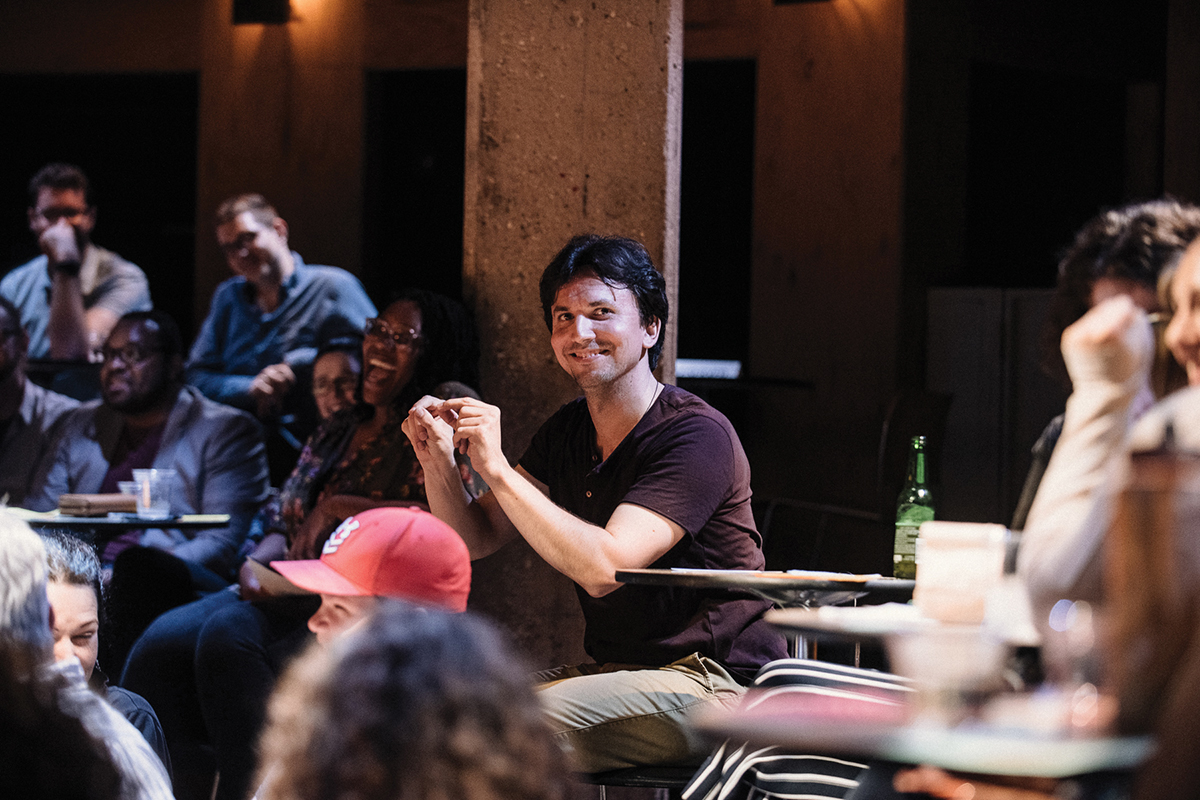 From at "Tribute to Carole King" to a "Celebration of Sondheim," Olney's summer cabaret series has something to please everyone. 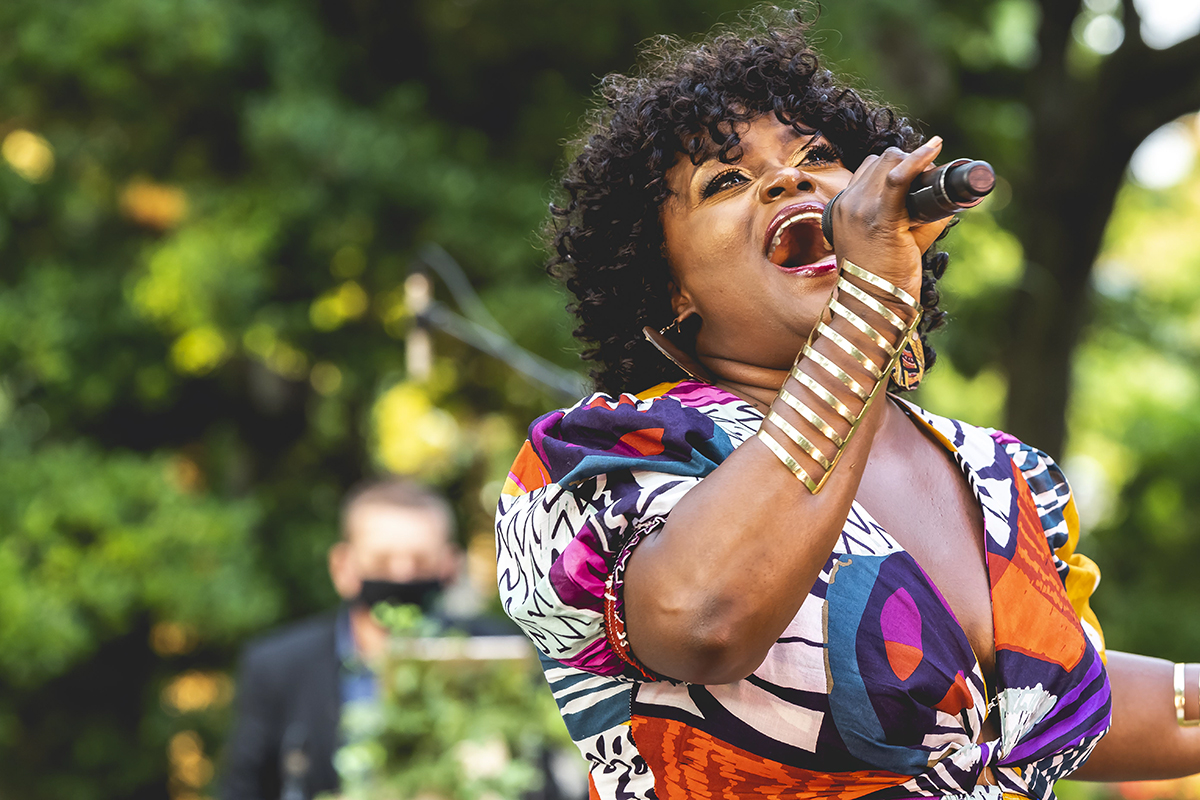 Olney Theatre is offering another slate of outdoor performances this summer after last year's successful programming lured thousands of people to the center's impressive and historically rich campus in Maryland.

Naturally, the chief appeal of Olney Outdoors is the strong lineup of shows featuring celebrated regional talent, all of it performed in the great outdoors -- all of which also conjures up serious getaway vibes, especially given the center's neck of the woods, a leafy, tucked-away part of Montgomery County that takes more than a minute to reach by car (and requires significant travel time and coordination to reach by public transportation). 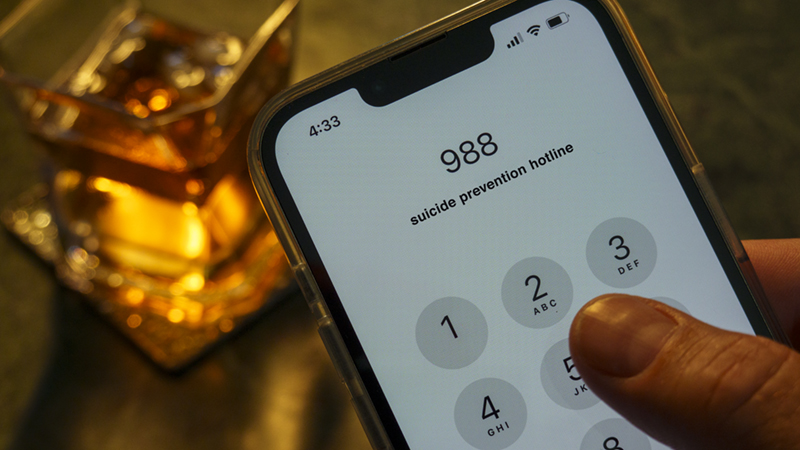