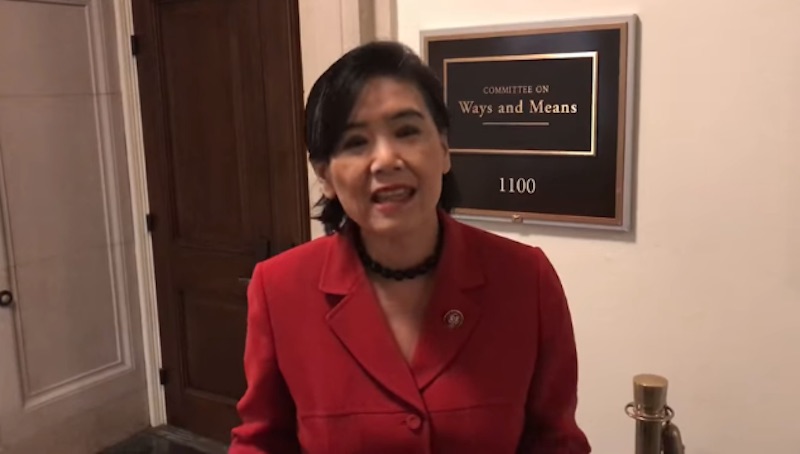 The U.S. House Ways and Means Committee has unanimously approved a bill designed to remedy unequal treatment that married same-sex couples were previously subjected to under the federal tax code.

The PRIDE Act, introduced by U.S. Reps. Judy Chu (D-Calif.) and Andy Levin (D-Mich.), seeks to remove provisions from the tax code that don’t recognize same-sex marriages, removing gendered terms like “husband” and “wife” and replacing them with gender-neutral language, like “spouse” and “married couple.”

“Our tax code, like all of our laws, should accurately represent and include all the people to whom it applies,” Levin said in a statement. “Gendered language in the tax code represents a vestige of the days when LGBTQ couples could not get married. Fortunately, those days are over and marriage equality is the law of the land. Updating the tax code to include language inclusive of LGBTQ couples and families is a small change that will have a huge impact on the affirmation of the LGBTQ community.”

The act also seeks to reverse the discrimination that married same-sex couples experienced when Section 3 of the Defense of Marriage Act was still in effect. Because DOMA prevented the federal government from recognizing any marriages not between a man and a woman, same-sex couples who were legally married were denied tax refunds because they could not file their taxes jointly.

Section 3 of DOMA was eventually struck down by the U.S. Supreme Court in U.S. v. Windsor in 2013, but the Internal Revenue Service still lacks the authority to override provisions in the tax code that limit the period within which a married couple may file jointly after having filed separate returns to three years. The PRIDE Act seeks to correct that problem by allowing the IRS to provide refunds to same-sex couples who were married in states that had legalized same-sex marriage prior to the Windsor decision.

The bill has attracted the support of more than 80 co-sponsors, and has been endorsed buy the Human Rights Campaign and the National Center for Transgender Equality. A similar measure is being introduced in the U.S. Senate by Sen. Elizabeth Warren (D-Mass.).

The House version now heads to the full House, where, with Democrats now in charge of the chamber, it will receive a floor vote.

“I’m so happy that Democrats and Republicans on the committee could come together to unanimously support this common-sense measure to recognize that marriage is more than a husband and wife,” Chu said in a statement. “Same-sex couples no longer need to fell excluded when filing their taxes.”

“It’s especially meaningful that, as we coincide with Pride Month and the 50th anniversary of the Stonewall Riots, this bill recognizes that love is love, and nobody should be penalized for who they love. Yet that is what happened for too long, thanks to a IRS rule that prevented same-sex couples married before DOMA was struck down from going back and refiling as a married couple,” Chu added. “Now, we are one step closer to reclaiming that dignity.”