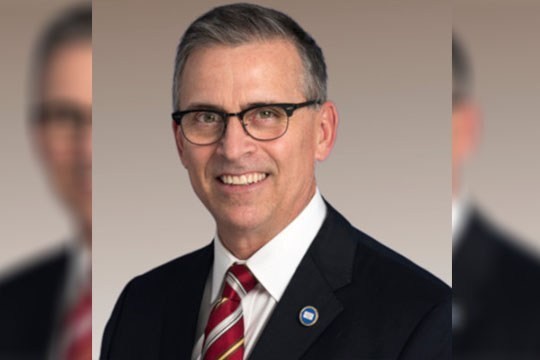 A Tennessee Republican who repeatedly voted against LGBTQ rights has resigned after being accused of seeking sex with young men on Grindr.

But political reporter Cari Wade Gervin alleges that the real reason is because Sanderson was using Grindr to hookup with other men.

Writing on his website The Dog and Pony Show, Gervin points to gossip site The Dirty, which published messages in 2014 allegedly between Sanderson and a Vanderbilt student, in which Sanderson allegedly says he is a “state rep” and includes his actual district, Obion, Lake and Dyer counties.

Gervin notes that Grindr messages can be faked, but says that he has evidence of Sanderson using his real phone number to text other men in subsequent years.

“The Grindr and text messages I have seen do appear to be authentic,” Gervin writes. “They use Sanderson’s real cell phone number. Sources confirm having been told about the messages at the time by their friends who received them. And one man I interviewed said he met Sanderson at his farm in Kenton.”

Sanderson allegedly used the name “Brian” in his Grindr profile, described himself as being in an “open relationship,” and the messages Gervin obtained reportedly contained pictures of Sanderson, his naked torso, and his genitals.

The face is cropped out of the explicit image, but Gervin notes that the watch worn matches a watch in a photos showing Sanderson’s face.

The profile allegedly used by Sanderson in 2014 said, “I’ve seen a lot and done a lot, but I really haven’t had a connection with a guy and I have a burning desire to have that relationship. I like down and dirty guy to guy play too! So, I guess you might say, nothing will be held back.”

Gervin apparently spoke with a University of Tennessee at Martin student who claimed he had met Sanderson when he was 19.

The student alleged that Sanderson asked him to meet him at his winery, gave him a tour, and offered him wine to drink. Their meeting reportedly ended when Sanderson’s wife returned unexpectedly.

The student was allegedly “pressured by the legislator to make up a story on the fly about why he was on the property,” Gervin writes.

In texts allegedly sent by Sanderson to other men, Gervin says that the number can be connected to Sanderson’s winery, White Squirrel Winery, and that Gervin used the same number to call Sanderson and speak to him about his story.

Speaking to Gervin, Sanderson denied all aspects of the story, said the Grindr profile and messages were faked, denied claims that he’d been spotted in a local gay bar, said the images of him had been stolen from his Facebook page, and refuted that he’d been contacting men 40 years younger than him.

“Sanderson says he was not in an open relationship and told me that if I published this story it would ruin his marriage,” Gervin writes. “He denied being either bisexual or gay or having ever sexually touched a man.”

On his campaign website, Sanderson describes himself as “proudly pro-life and pro-family” and says he is “leading the charge to…preserve the values that have defined our families for generations.”

Sanderson has a long history of opposing LGBTQ rights as a legislator. In 2011, he voted for a bill banning municipalities from prohibiting anti-LGBTQ discrimination. In 2012, he supported legislation that required schools to teach abstinence-based sex education.

In addition he has: signed a resolution decrying the U.S. Supreme Court legalizing marriage equality nationwide; voted to defund a University of Tennessee office after it promoted the use of gender neutral pronouns; and supported a bill that allowed therapists to refuse to see gay people.

Gervin alleges that during many of these anti-LGBTQ votes, Sanderson maintained an active profile on Grindr.

Rhuaridh Marr is Metro Weekly's managing editor. He can be reached at rmarr@metroweekly.com.
← Previous Story Tinder will alert LGBTQ users when they’re in countries hostile to equality
Next Story → Proposed rule for Utah psychologists would prohibit conversion therapy on minors