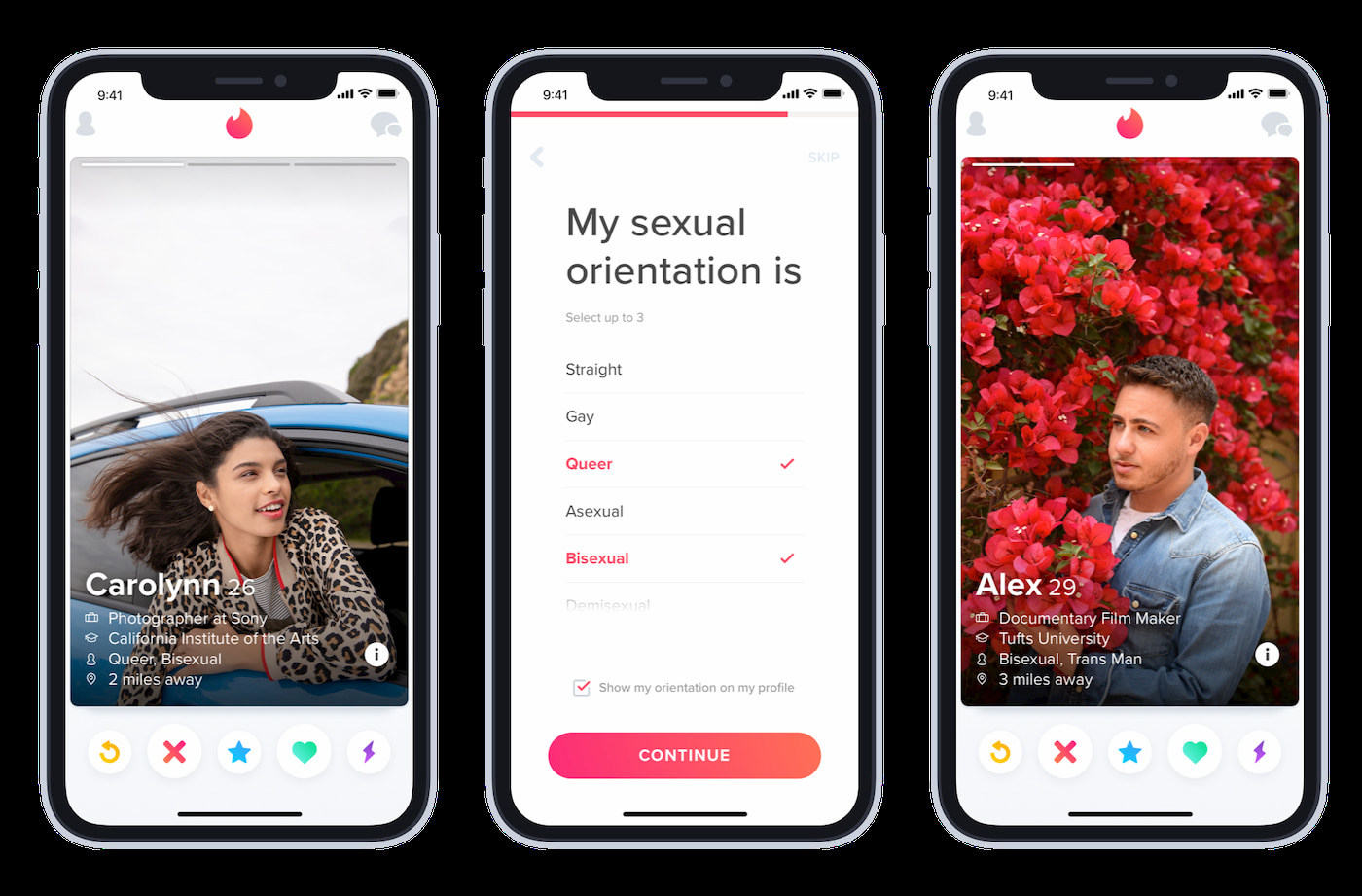 Tinder is rolling out a new feature that will alert users when they open the app in a country hostile to LGBTQ people.

The new feature, called Traveller Alert, will tell LGBTQ Tinder users about the potential discrimination or danger they may face in the country, the company said in a press release.

Tinder says the alert, which will work in almost 70 countries around the world where LGBTQ people face discriminatory or criminal laws, will allow users to “take extra caution” and “not unknowingly place themselves in danger for simply being themselves.”

“Based on your geographical location, it appears you’re in a place where the LGBTQ community may be penalized,” the Traveller Alert reads. “We want you to have fun, but your safety is our #1 priority.”

The alert continues: “Please proceed with caution and take extra care when making new matches and meeting with people you don’t know.” 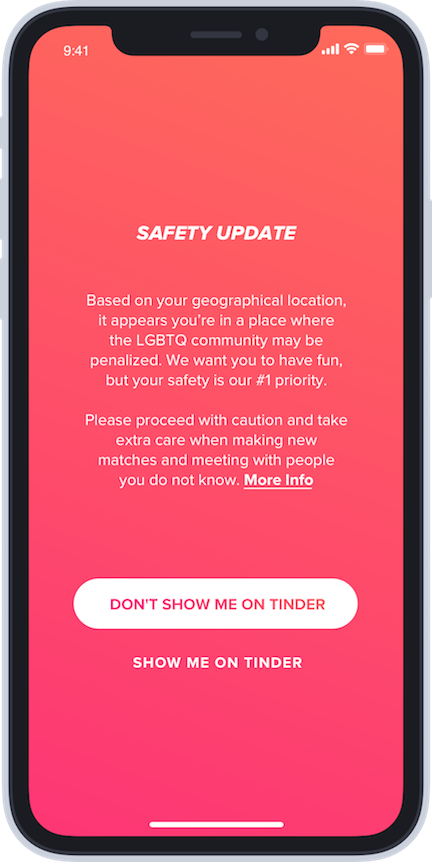 Tinder says that LGBTQ users will automatically be hidden when using the app in areas hostile to LGBTQ people, but will provide the option to deactivate it and allow users to be viewed by those in the area.

Should a user opt to display their profile in such areas, Tinder will automatically hide their sexuality or gender identity if that information is present in the user’s profile.

Sexuality and gender identity will then not be displayed to other users until the person has left the hostile area.

“We fundamentally believe that everyone should be able to love who they want to love — and we strive to reflect this in everything we do at Tinder,” Tinder CEO Elie Seidman said in a statement. “We serve all communities — no matter their gender identity or sexual orientation — and we are proud to offer features that help keep them safe.”

The update will be rolling out to iOS and Android users over the coming days, and Tinder says that the safety feature will also work if using the app’s Passport feature — which allows users to view profiles in areas they plan to travel to.

Tinder reportedly worked on Traveller Alert in conjunction with ILGA World — the International Lesbian, Gay, Bisexual, Trans and Intersex Association, which is dedicated to achieving equality for LGBTQ people across the globe.

Tinder has also updated its Safety Tips to include specific information for LGBTQ+ travel, saying the company “[recognizes and believes] in the importance of being inclusive of all gender identities and sexual orientations, but the reality is this: nowhere in the world is without potential risk, and some countries have specific laws that target LGBTQ+ people.

“Check out the laws around you when you travel to a new place and research what types of legal protection, if any, are available to you based on sexual orientation. In the event that you’re in unsafe territory, we suggest toggling off “Show me on Tinder” which you can find under the settings page.”

The Traveller Alert update comes just a month after Tinder expanded inclusivity by allowing users to select up to three sexual orientations.

In 2016, Tinder also introduced a More Genders option, after a report found that trans users were experiencing rampant transphobia, with many being reported and even banned from the app.

Then-CEO Sean Rad acknowledged that “there’s a transgender community on Tinder and we haven’t done enough to give them a good experience.”

He added that including the More Genders option was “not only good for the Tinder community, but it’s the right thing to do for the world.”